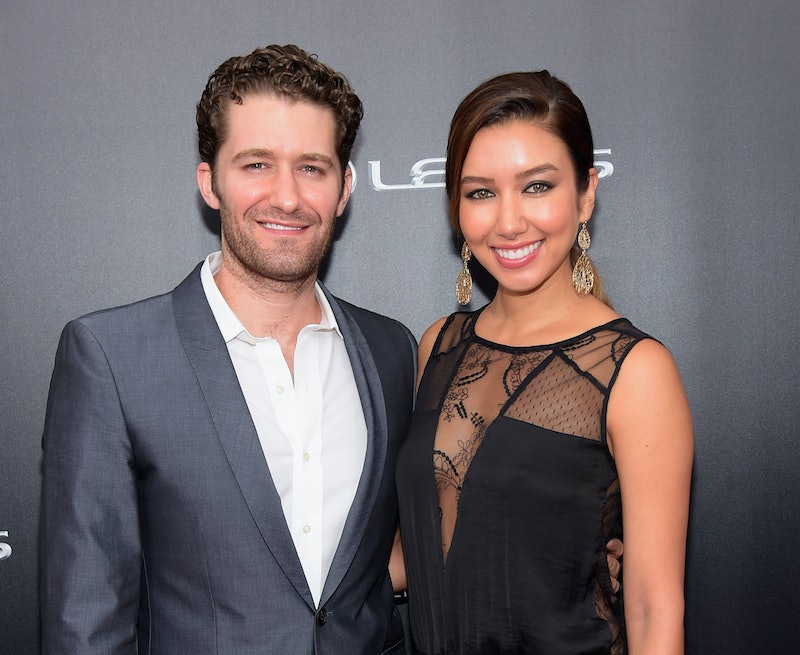 It's no secret that the Glee actor just tied the knot, but where are Matthew Morrison and his wife Renee Puente honeymooning? Well, they're straying from the typical island vacation to focus on helping children. Per E! News, the actor and his bride revealed not only are they going to Africa to celebrate their marriage, but they're not going until 2016! That's a long ways away, but I'm sure their schedules are pretty busy.

As Morrison said, "We're going to do three weeks. One week at a kind of nice hotel, one week safari, and one week helping out and volunteering with children." The mention of children also brings us to the next question, "What are their baby plans?" They definitely want to have kids, but Puente said, "We want to start trying in a couple of years. I am so excited to just live as his wife and for us to be each other's priority."

These two seem to be focusing on the right things when it comes to love, marriage, family, and life. In addition to their honeymoon style, Morrison and Puente are also packing their bags and leaving Hollywood. That's right, after Glee ends, the duo will head to New York, where Morrison will once again be on Broadway.

"Something is in the works. We're working on something. It's a brand-new show. Hopefully, it all works out. I'm looking forward to getting back on stage. Those are my roots. My heart is on the stage."

Not only is it nice to see a couple dedicate so much time to one another, but also to others in need. It really comes as no surprise, because, after all, Morrison is a teacher and giver at heart — duh, he plays Mr. Schue!