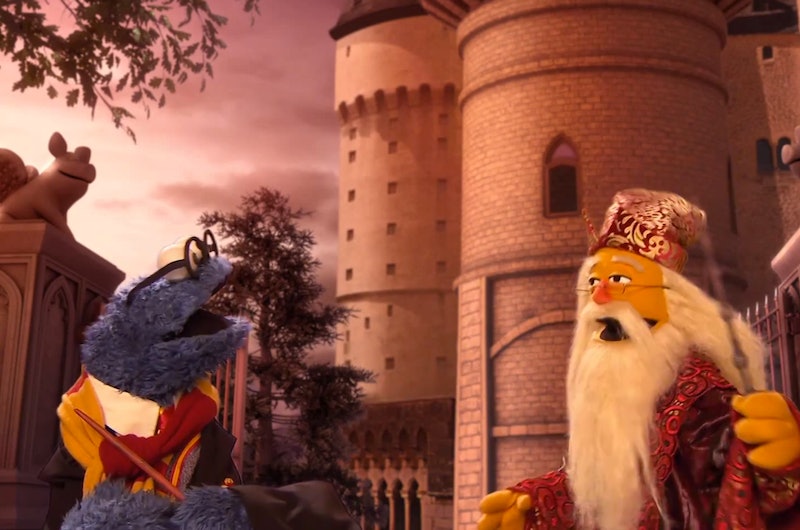 Sometimes you just need a children's parody of something to cleanse your soul. Sometimes you even need that when the thing being parodied was, in the first place, already very arguably children's fare. Enter "Furry Potter and the Goblet Of Cookies," Sesame Street 's Harry Potter parody, in which Cookie Monster and a Dumbledore aproximation have a swell time.

In the actual Harry Potter and the Goblet Of Fire Harry confronts things like very young people dying in his name and tabloid culture twisting the very essence of his story into lies. It's a book about teenage wizards, yeah, but it can get pretty bleak. They keep a teacher in a box for nine months! Hermione imprisons one of those tabloid writers in a jar! Shit gets real, basically.

In "Furry Potter and the Goblet Of Cookies" the biggest threats seem to be spider-less spider webs and the threat of not getting to eat a big goblet full of cookies. I feel like this is a dream Harry had every night during the Triwizard Tournament. "Maybe if I wish real hard when I wake up there won't be an actual dragon I'll have to fight, and instead I'll get to search for deserts with Dumbledore." Ah, Harry, if only horcruxes were so tasty.