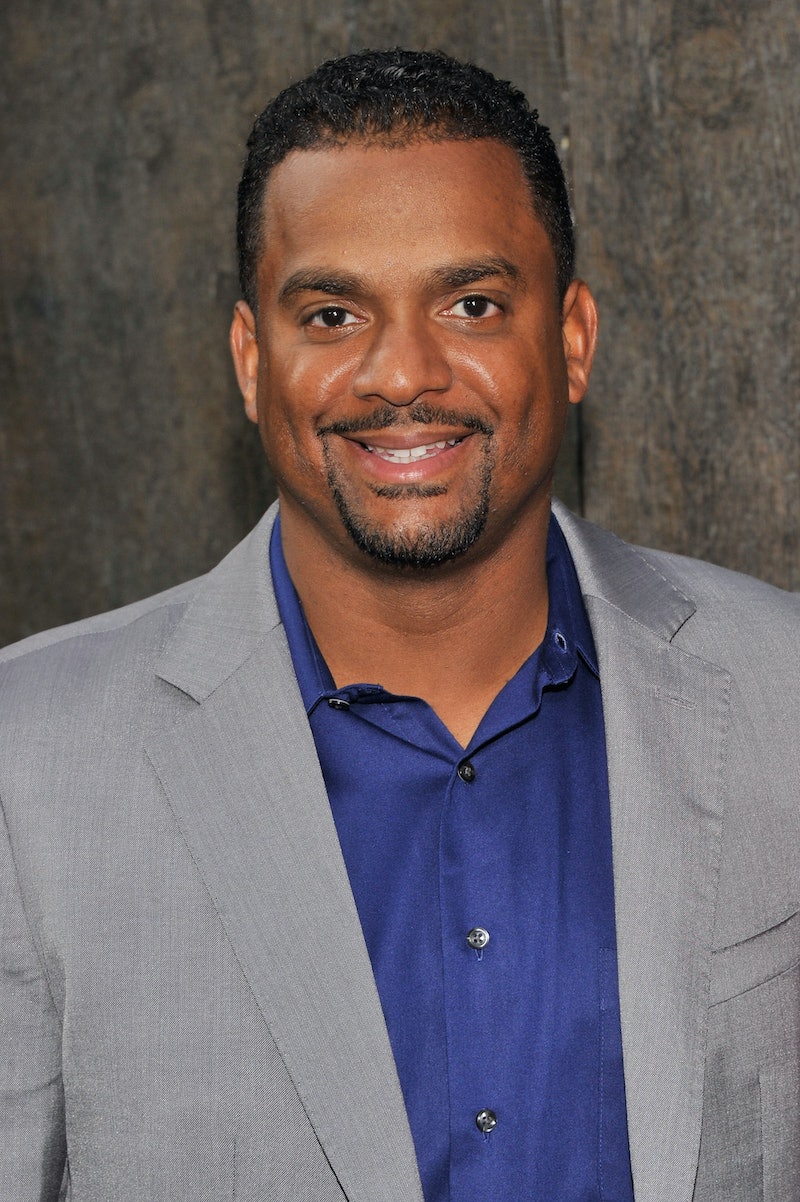 On Monday night's Dancing With the Stars Alfonso Ribeiro revealed that he and his wife are having a baby! During a break in performances Ribeiro took a moment to wish his one-year-old son happy birthday and to announce what his birthday gift would be. "My son, it's his first birthday today, so I'm so happy that he's here with me," Ribeiro said, a huge grin on his face. "As a wonderful present, my wife and I decided to get him a little brother or sister."

Ribeiro's wife Angela Unkrich was in the crowd watching with their son Alfonso Jr. when Ribeiro broke the news. She had already seen her husband pull an almost-perfect score, and then came Ribeiro's sweet confession of why he revealed the news during the broadcast. "I wanted to announce it here on the show because I just wanted to say thank you to all the fans and say I love my wife."

Like, awww. It didn't even feel like something the ABC producers goaded him in to doing. His declaration of the big news and his love for his wife seemed as genuine and Ribeiro has been all season. The new baby will be Ribeiro and Unkrich's second one and they both seem thrilled to be parents again. And if their next child is any bit as cute as their first, they are going to have a seriously adorable family.

Here's hoping they'll all do The Carlton dance together some day!