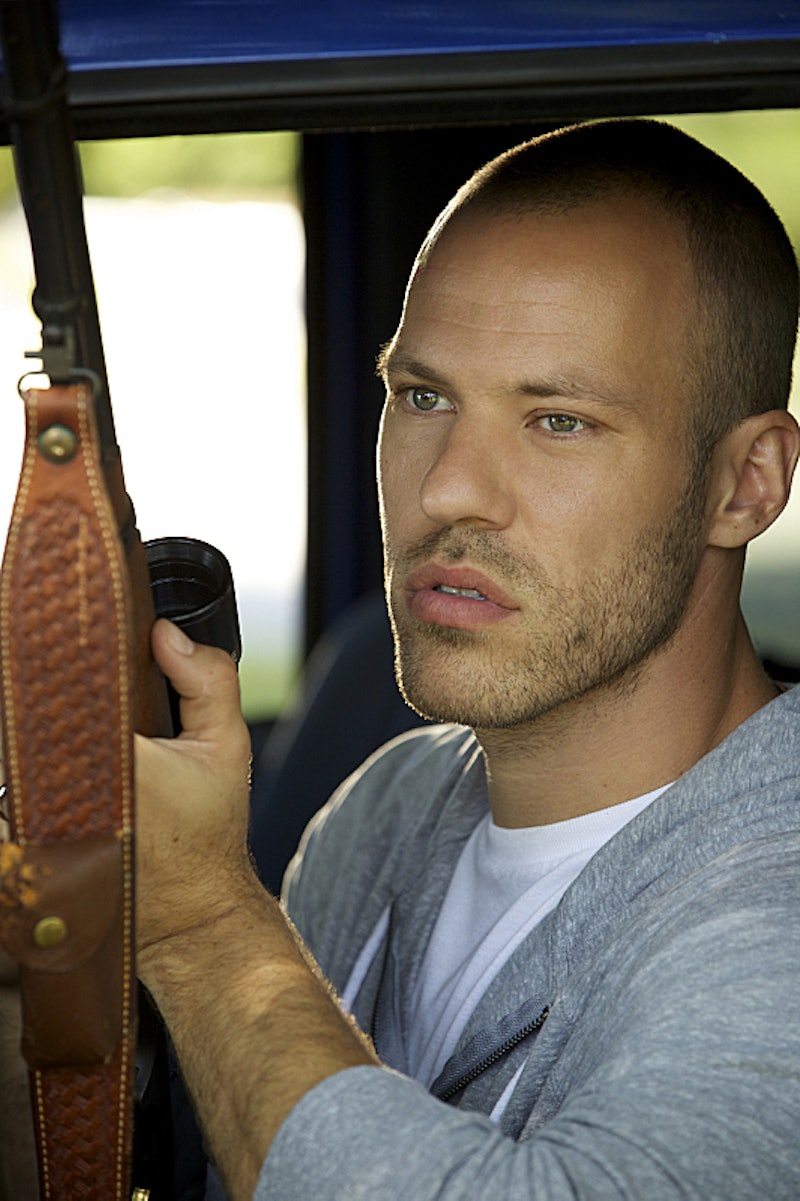 For any fellow Marvel obsessives, Agents of S.H.I.E.L.D. is really quite a delight for the rich universe play alone. Now in its second season, the show routinely references the big screen heroes of the Marvel Cinematic Universe and often features crossovers and mentions of Marvel characters both big and small. In Tuesday night's episode, we'll get a dose of Marcus Scarlotti, who might also be Whiplash. Whiplash first appeared way back in a Tales of Suspense issue in 1968, under the name Mark Scarlotti. His alter ego might ring a bell even if you aren't a big comic book fan, because in Iron Man 2 Whiplash served as an antagonist to Tony Stark, but not as Mark or Marcus Scarlotti.

So what do you need to know about the character? Here's where is gets a little confusing. In Iron Man 2, Whiplash is a Russian scientist named Ivan Vanko who is able to mimic Tony Stark's suit pretty well, (because his father was the one who helped Stark's father develop it, after which the elder Stark had his collaborator deported). Add some festering over a few decades, and you've got a villain. And even though he portrayed him in the film, we probably won't be seeing Mickey Rourke on S.H.I.E.L.D. anytime soon, given the actor's bad blood with Marvel. Cinemablend reports that Rourke evidently wanted to add some layers to his character, but when it came to the final version of the film, much of his character work was cut out.

In the comics, Mark Scarlotti is part of crime syndicate Maggia, and works for Stark as a day job before he actually ever battles him. When they do finally duke it out, it takes place over several years and issues. On S.H.I.E.L.D., Falk Hentschel will guest star as the very similarly named "Marcus Scarlotti," an obvious nod to the comics' version of Whiplash.

We'll have to see if Marcus Scarlotti follows any of these characters on S.H.I.E.L.D., but I bet it's safe to assume they are ditching Rourke's Vanko. Maybe Scarlotti will bring Whiplash to TV and set up a whole new version of the character to later bring back into the cinematic universe.