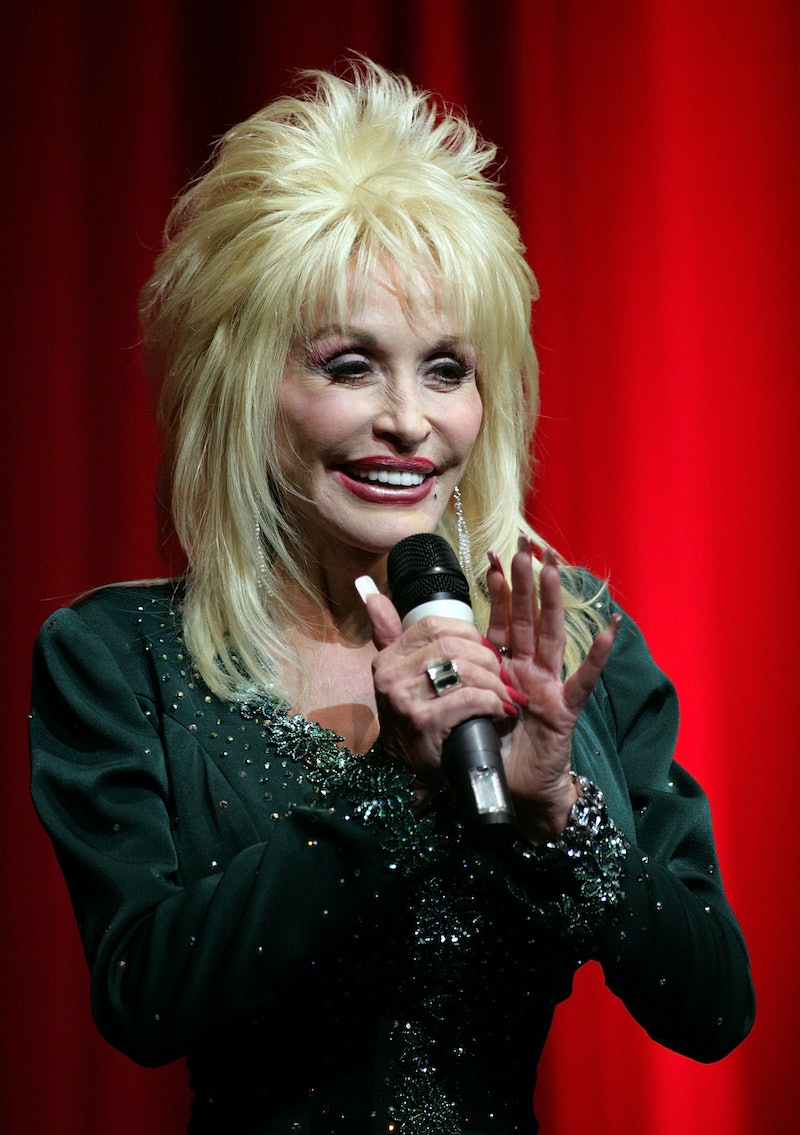 Dolly Parton, blonde big-haired international icon, is celebrating her 50th anniversary of coming to Nashville this year. Over the past five decades the 68-year-old "Jolene" singer from East Tennessee won an incredible seven Grammys, clinched a record 25 No. 1 songs on Billboard's Hot Country Songs chart, and became the godmother of the World's Greatest Twerker, but never forgot her less-than-ideal upbringing. She grew up in a one-room cabin along with 11 siblings in the Smoky Mountains, until she bravely struck out on her own to build one of the most successful music careers in history. Talk about guts. When it comes to facing down an astronomical amount of barriers in life, Dolly knows all about it. Maybe that's why Dolly Parton revealed why she's so supportive of her huge gay following in an exclusive interview with Billboard.

They know that I completely love and accept them, as I do all people. I've struggled enough in my life to be appreciated and understood. I've had to go against all kinds of people through the years just to be myself. I think everybody should be allowed to be who they are, and to love who they love. I don't think we should be judgmental. Lord, I've got enough problems of my own to pass judgment on somebody else.

The rest of the country queen's interview is definitely worth reading thanks to her lovely, candid answers to each and every question. From dismissing her haters ("I'm sure there's lots of people out there who'd like to smack my head off, but we won't talk about them,") to showing just how down-to-earth she is ("I still feel like the same girl. I'm just a working girl. I never think of myself as a star because, as somebody once said, 'A star is nothing but a big ball of gas' — and I don't want to be that,"), Parton proves she's not only a living legend, but one of the most charming people in the music business. Maybe a few other young, rising stars can learn from her example? We can only hope.