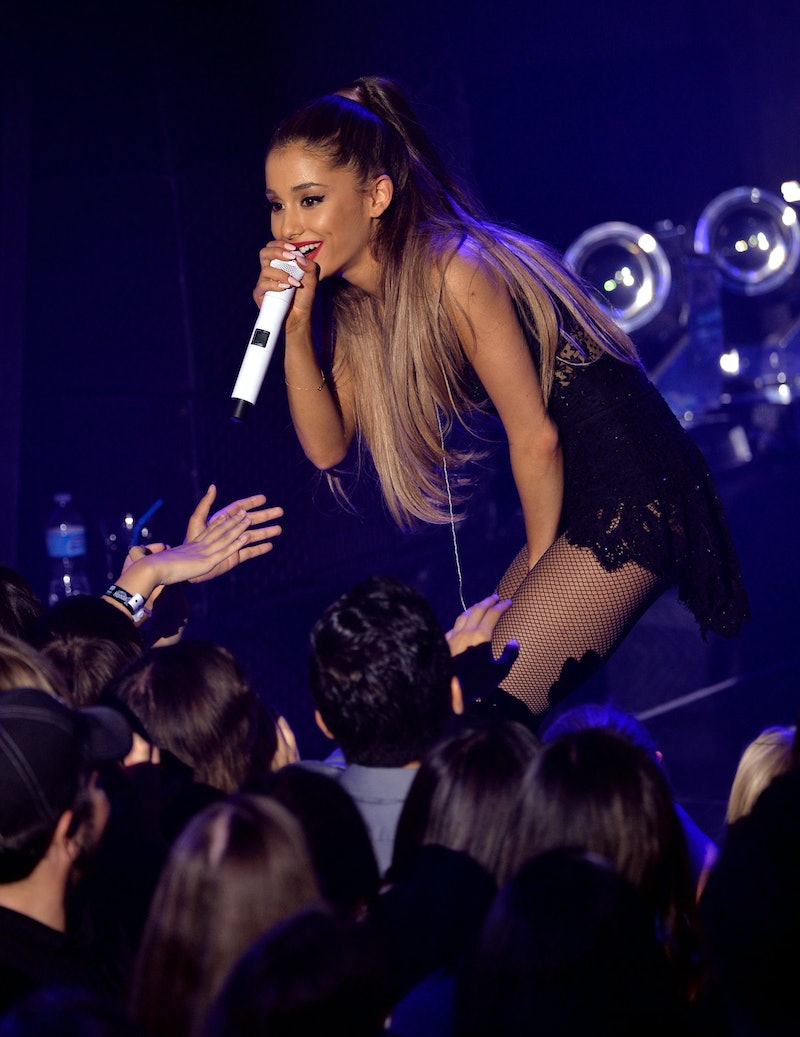 Ariana Grande can't escape headlines lately — the good and the bad. Whether they're about breaking music records or disappointing fans by acting like a diva, she's everywhere right now. The newest rumor added to this ever-growing list? At a meet-and-greet, supposedly Ariana Grande had some harsh words for her fans as soon as they were out of earshot. A source told the New York Daily News, "She did autographs and pics and was all smiles until she got into the elevator. And as soon as the doors shut she said, 'I hope they all f—king die.'"

Wait, really? Sure, some of the other rumors seem pretty substantial and can be backed up. Like the one about her always posing for pictures from her left side. (Photographic evidence here!) But this one is, hopefully, too farfetched. It can't be true, right? After all, she recently took the time to DM her fan on Twitter to talk about how important it is to love yourself and stay positive. Then again, is it really a good deed if you have to re-post it to Instagram for all the world to see? Not to undermine the niceness of her gesture, but still, it seems a bit sketchy and self-promotional.

So maybe that rumor of her saying she wants her fans to die isn't so crazy after all. It's undeniably awful, but let's consider the past. When there were rumors about her list of photo demands, Grande supposedly "told the lighting crew that if they used red light, she would 'kill herself.'" While I doubt she'd seriously commit suicide over bad lighting, that's probably not the best way to express her dislike for something. Just like saying her "lil ass is a lot cuter" wasn't a great way to address the celeb nude photo leak. This girl needs to rethink her vocabulary.

Another interesting thing to think about? Her big brother made a similar slip while on Big Brother. On the show, Frankie Grande told another contestant to kill herself. In the clip, he said, "If she is pissed at me for putting up someone who’s going to go home next to her, then she can kill herself." Well, that's definitely not cool.

Here's a PSA to the Grande family: Let's stop joking about killing ourselves or others killing themselves. Even if she didn't say it this time, they should ditch that phrase from casual convos ASAP.