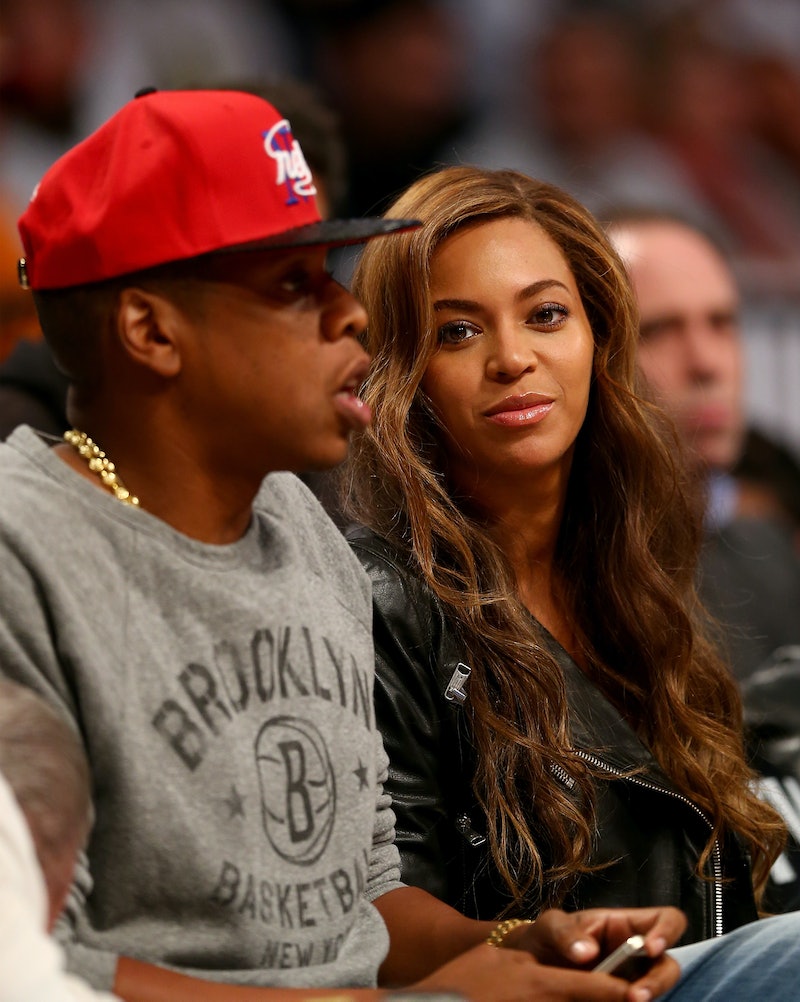 Beyoncé is a lot of things: business woman, multi-talented performer, idol, mother, wife. The one quality that permeates every facet of Beyoncé's character, however, is that she is ultimately terrifying. The woman's ability to throw shade, from the most subtle side-eye to the most Liz Lemon-y eye roll, is astounding. She's as shady as a broad leafed tree on a summer day. If Beyoncé doesn't like you, what you're doing or how you're doing it, she'll let you know – by melting you with her shade face. Because Beyoncé, who achieves perfection in all she applies herself to, is the absolute master of shade throwing.

It's a talent of Queen Bey's that former Destiny's Child mates know all to well; The back catalog of B shading Kelly, Michelle, and the revolving door of DC extras is incredible. How they survived her wrath for as long as they did, without melting into pathetic little puddles at her feet, is beyond my comprehension. Now, don't get me wrong: I don't mean to detract from Beyoncé's awesomeness in any way. She still reigns supreme as Queen of Women. But that doesn't mean she's not the scariest lady I hope to never, even mildly, perturb. Check out these 23 instances where Beyoncé was a master of shade, and try not to curl into a ball and die while you're at it.

1. WHEN SHE GAVE FARRAH THE SLOW MOTION SIDE EYE

2. WHEN YOU DANCED WITH THE WRONG WOMAN

3. WHEN SHE GAVE KELLY ROWLAND THE "OBVIOUS COUGH"

4. WHEN SHE DIDN'T TRY TO HIDE THAT SHE THOUGHT OPRAH'S QUESTION WAS DUMB (SHE SHADED OPRAH, YOU GUYS.)

6. WHEN SHE WAS NOT INTO THIS GROUP HUG

7. WHEN KELLY SAID THE WRONG THING...AGAIN

8. WHEN SHE EXPLODED THIS PHOTOGRAPHER'S HEAD WITH THE POWER OF HER SIDE-EYE

9. WHEN THIS FLUTE ANNOYED HER

10. WHEN SHE DRANK THIS COFFEE

11. WHEN SHE SPOKE FROM EXPERIENCE

12. WHEN SHE PUT ALL YOUR CRAP IN A BOX TO THE LEFT

13. WHEN SHE DIDN'T WANT TO SIT NEAR KIM KARDASHIAN AT THE BET AWARDS

14. WHEN SHE STUCK IT TO THE HATERS

15. WHEN SHE PASSIVE AGGRESSIVELY DID NOT HAVE TIME FOR ANY OF THIS SHIT

16. WHEN SHE KNEW YOU WERE JEALOUS

17. WHEN SHE WALKED IN AND NOTHING WAS GOOD ENOUGH

19. WHEN YOU SHOULD NOT HAVE TOUCHED HER BUTT

20. WHEN SHE ALMOST MURDERED THAT GUY FROM GLEE

21. WHEN SHE DUSTED HER SHOULDERS OFF

22. WHEN SHE WAS THE SASSIEST PERFORMER EVER

23. WHEN SHE WAS ENTIRELY OVER THIS STUPID COMPUTER (A SHADE WE ALL KNOW WELL)