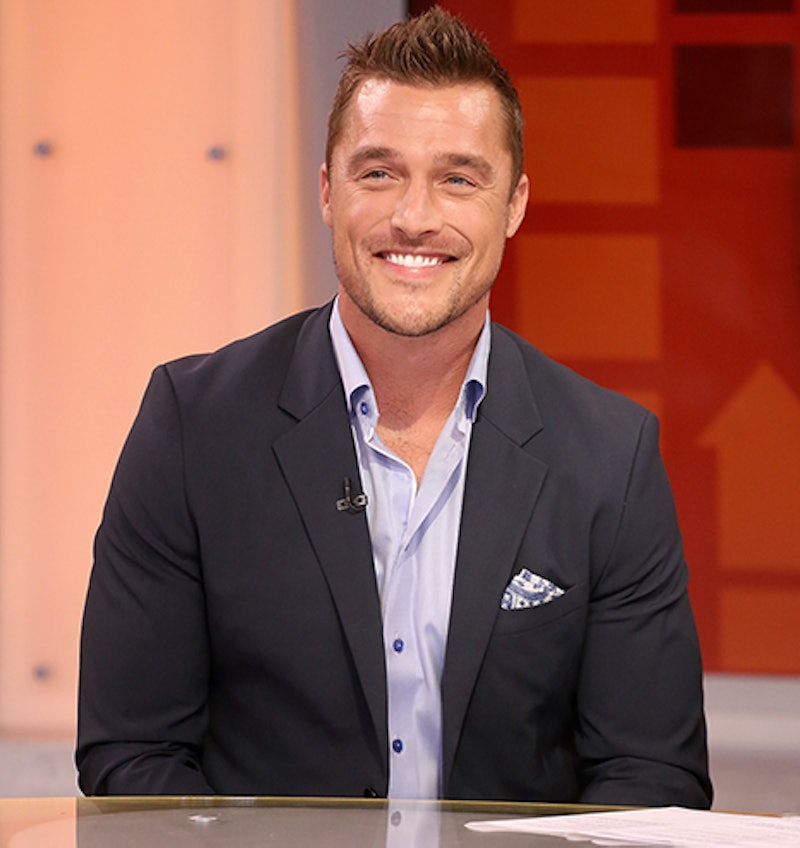 It's only about two more months until ABC embarks on another romantic journey. This time it's Chris Soules who will be looking for love when The Bachelor premieres on January 5. So stock up on those bottles of wine and start planning your viewing parties because the drama is about to go down, and it's going to be farm-tastic. Soules, an Iowa native, is a corn and soybean farmer from a town of just 427 people. That's what makes him stand out from the crowd, and that's what ABC has capitalized upon for their new promotional poster.

In the picture, Soules is dressed in a fancy suit but is standing in the doorway of a barn. (Farm reference number one. Feel free to turn this into your drinking game for the season.) The poster's caption reads, "Traditional. Classic. All-American." Yes, they are making him sound like an apple pie or a game of baseball. Desserts, catch, and The Bachelor: America's proudest pastimes.

It's clear that the down-to-earth American boy is ABC's gimmick for the season. Every Bachelor or Bachelorette has one. Sean Lowe was the guy with abs, Juan Pablo Galavis was the sexy Latino (before he was hated by all), Andi Dorfman was the sharp-tongued lawyer. Since the show takes one aspect of a person's character and crams it down the viewers throats, you can bet this season will be all farm, all the time.

Hopefully Chris Soules can be untraditional enough to keep things interesting. Right now an all-American classic farmer doesn't sound like that intriguing of a reality TV star. As much as I'm rooting for him to find the love of his life, viewers still want some drama. After all, it's not The Bachelor if something (or someone) isn't crazy.