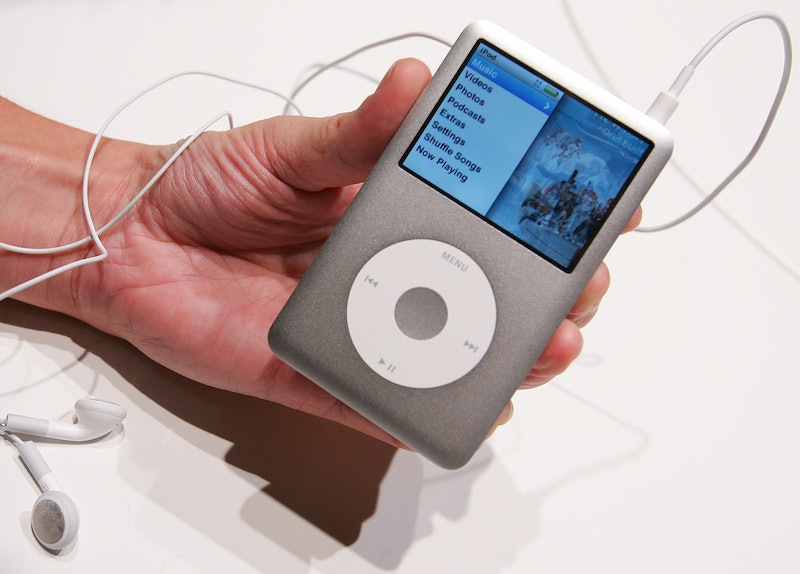 This September, just after its 13th birthday, Apple removed its iPod classic from the company's website in a very stealthy move. Speaking at WSJD Live on Monday evening, company CEO Tim Cook explained that they killed the seminal mp3 player because they couldn't find the parts "anywhere on earth."

Yes, much like the city of Atlantis or the sock that you swear there was two of before you put them in the dryer, the parts of the original click-wheel iPods you all loved are now gone forever. While I doubt there were search teams trekking through mountains, Cook said that the demand didn't match the effort for excavating the now ancient ruins of the iPod.

It wasn’t a matter of me swinging the ax, saying ‘what can I kill today’. The engineering work was massive, and the number of people who wanted it very small. I felt there were reasonable alternatives.

If you still have a surviving 160GB, you guard it like the precious, precious commodity that it is. Who knows, one day it may be as nostalgic as the record player, and you'll sit around with your grandkids listening to the ol' mp3 crackle from the space station.

The iPod Classic isn't the first Apple product to perish. Here are a few that we remember from back in the day:

Remember when the egg-shaped back was the height of sleek technology? And the audacity of Apple to abandon a floppy disk drive? This one one of the first computer models that had a slot-loading drive rather than a disk tray, prompting one of the most terrifying questions: "HOW WILL THE CD COME OUT AGAIN?"

Apple was one of the first companies to introduce color to its products, which we've continued to see with products such as the iPhone 5c. These were some edgy, bulky laptops. Their clam design seems pretty goofy now, but in their day you opened this up with the care and expectation of finding a pearl inside. Or at least a ugly pastel flowered background.

You thought the iPhone 6 was large? This massive digital assistant was the beginning of Apple's ability to make the oversized feel sleek. It first developed the handwriting function on tablets, to which we still ask, but why tho?!

I remember specifically asking my dad for an iPod Mini for Christmas one year. He asked why I wanted a "mini" version of anything, to which I responded, "Because it's cute."

I'll tell you one thing, the AppleWorks office suite had the best painting program around.