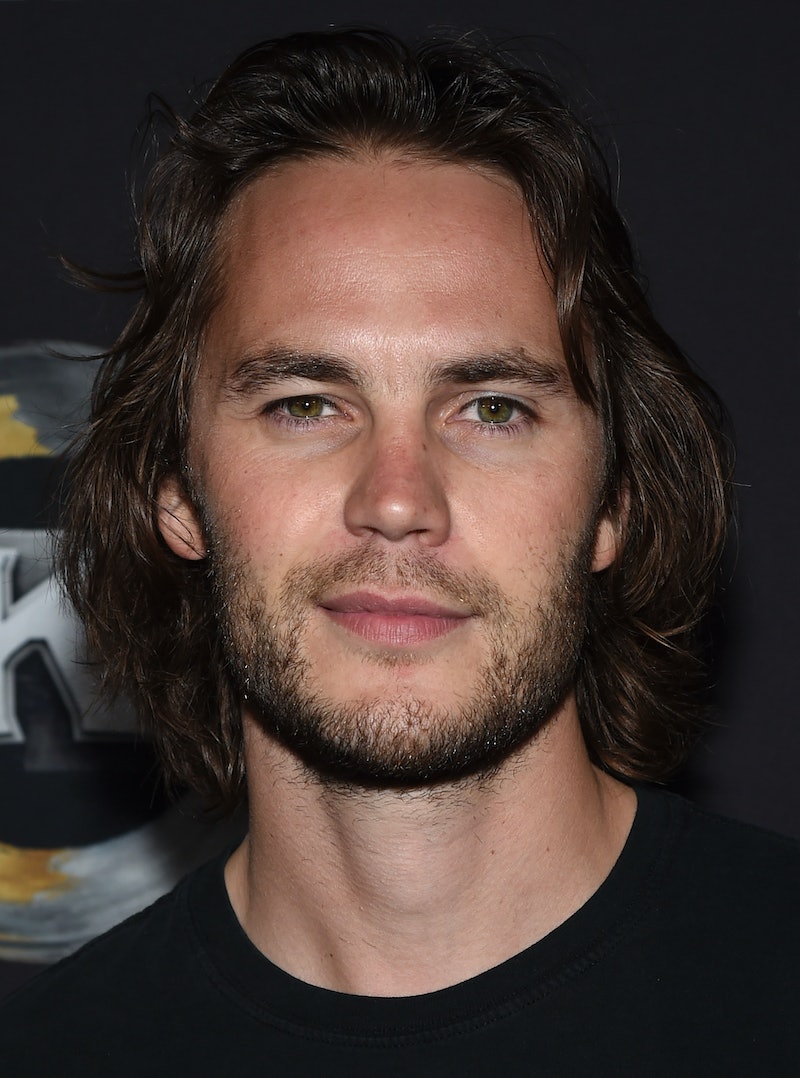 True Detective sure has a type when it comes to it stars. Height: Somewhere between 5’10 and 6’1. Hair color: Right in the neighborhood where golden brown meets dirty blonde. Resting threat level: Temperate, but palpable. And any applicant must be pumping six hot quarts of alpha male bravado through his veins at all times. Check four out of four for Woody Harrelson, Matthew McConaughey, Colin Farrell, and the HBO series’ newest unofficial star, Taylor Kitsch.

Granted, Vince Vaughn — who will star beside Kitsch and Farrell in the upcoming second season of the program — lies a fair mile outside of the bounds of the former qualifications, boasting a stature of 6’5" and significantly darker tresses than his colleagues. But he fits in where it counts: that vigorous masculinity flowing freely from every exposed pore.

Though fairly deemed a generalization, the label sprouts rather organically when you take a look back at the newcomers’ work to date. Farrell is always a gruff, adrenal action hero with little need for vocal expression. Vaughn plays “manly” from another angle, utilizing his tremendous frame and rocket-fueled voicebox to epitomize the silver-tongued playboy. And Kitsch might be the purest example of the lot: an army man (Lone Survivor), a Navy man (Battleship), a dusty, Mars-bound warrior (John Carter), a brutish drug dealer (Savages) and — of course — the most unadulterated construct of American masculinity: a high school football star.

So what’s the problem with True Detective opting for only the manliest when compiling its line of leading players?

The first season of the crime drama anthology fostered masculinity as a principal theme, accessing for instance the internal corrosion of Harrelson’s character Marty Hart operating beneath the regime of his devotion to emotional unavailability. But is the second go ‘round, involving different actors, characters, setting, and story, beheld to the same ideas? Is masculinity so ubiquitous in American culture that True Detective writer Nic Pizzolatto can’t fathom a season of his show about our national landscape without them?

Even if Pizzolatto is condemning the trials of the masculine identity in characters like Marty, McConaughey’s Rust Cohle, and the figures embodied by Farrell, Vaughn, and Kitsch, it’s still quite arguably succumbing to the tyranny of the motif’s whims. If we can’t stop talking about these ideas, critically or otherwise, than they might well maintain their rigid stronghold over all of our cultural conceits. If the issues, tribulations, and stories altogether of the marginalized are drowned out by our focus on oppressions of masculinity, then the oppression continues.

Furthermore, we look practically at the results of shows devoted to tearing down the masculine. By nature, they entail the casting of their spotlighted demographic: the big men who have reigned over Hollywood since before medical breakthroughs in cosmetic jaw-chiseling. In an industry already dominated by a specific type of white male, an abundance of stories about this specific type of white male just augment the issue — there aren’t enough parts for other people.

Of course True Detective is not the only culprit of this obsession with qualms of man. Critically acclaimed dramatic television has served the theme from The Sopranos through Breaking Bad and Mad Men, though each has offered a variant — by command of its setting and narrative — on its illustration of the man tortured by manliness. But the popular, critic- and awards-friendly series has a unique opportunity what with its malleable form. A second season can shift gears altogether, telling a story about American crime from a point of view entirely emancipated from that seen in the first eight-episode string. If they are changing characters, changing time periods, and changing locations, why are they sticking so ardently to the ideas of masculinity?

And if they aren’t, then why can’t they hire a star whose principal connotations don’t evoke this?

Is it simply aesthetics? … OK, that I get.