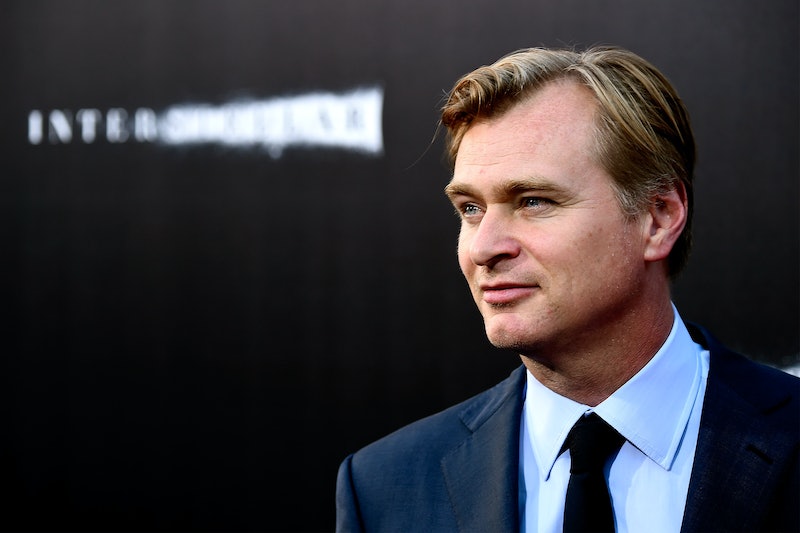 Apparently, Christopher Nolan has a woman problem. It's one of the most common sentiments I've heard about the Dark Knight director since he rose to mainstream popularity with Batman Begins in 2005. The director, known for the Batman trilogy, mind-bending Inception, and the upcoming Interstellar, loves to kill off his female characters, Nolan's objectors will say. And they're right — In almost every Nolan film, a woman (or women) is sacrificed to propel the male protagonist into action.

In 2005's Batman Begins, it is pint-sized Bruce Wayne's mother (and father)'s death that drive him to become one with the night. In the 2006's Prestige, it is the death of Hugh Jackman's character's assistant/wife that drives him to the brink of insanity. With 2008's The Dark Knight came the death of Rachel Dawes (however I'm convinced this was due to a casting change, not an immediate narrative necessity). 2010's Inception centers around the death of Leonardo DiCaprio's character's wife, and let's not forget about Nolan's first critically-acclaimed film, 2000's Memento, which followed a man hell-bent on revenge after the murder of his wife.

So all in all, Nolan loves killing off wives. But this feminist isn't ready to write-off Nolan's cinematic sensibilities just yet. It is said that behind every great man lies a woman, and this is certainly true in the case of a Nolan-directed flick. His now infamous Batman series, based off the DC Batman comics, chose to transform the character of Rachel Dawes into the film's moral compass. As a powerful and crusading assistant D.A. in corrupt Gotham, Dawes worked relentlessly to bring justice and peace to her flailing city. When Bruce returns to find his parents' killer, Rachel warns Bruce of his hot-headed intentions. Justice is more than revenge, she warns him.

And Batman himself began as a kid who was angry, who didn't care about the lives of Gotham's citizens but rather satisfying his own brewing revenge. Christopher Nolan's Dawes, while without a cape and a brooding voice to terrify her adversaries, was fighting all along for the cause Bruce only adapted after fulfilling his own murderous wants. "It's not who you are underneath, but what you do that defines you," she so adeptly states.

2010's Leonardo DiCaprio led Inception delivered two very different, but important female characters. Protagonist Cobb's dead wife, Mal (played with terror and urgency by Marion Cotillard), represents Cobb's conscious. Driven to insanity and eventual suicide because of her husband, Mal's image haunts Cobb's mind — and she fulfills the need for a femme fatale and villain. While we, as gender-conscious and feminist film writers often cringe at the "femme fatale" word — we might forget the power that comes with the trope. I do think Mal is Nolan's most flawed representation of a woman: Purely sexual, and shown dying four different times on screen, she isn't even real (existing in his memories and imagination). But, a good fatale can, if done with thought, defy the misogynist label it has grown so accustomed to, and represent a powerful — albeit still deadly — woman. Nolan's Mal certainly holds power, and yields it effectively for her own character's wants.

Inception's second female lead, played by Ellen Page, is Ariadne. Ariadne represents a woman who is better at her job than our protagonist, Cobb. She's the only person in the film to call out Cobb when he acts out of emotion and not reason, and she presents the audience with all the necessary moral and technical questions. She's also, lest us forget, the film's real hero. It is not Cobb who completes the job or saves his team members, but Ariadne. She is intelligent, kicks literal and figurative butt, and is the film's final savior. It would be hard to argue that Nolan's "woman problem" still exists when examining Ariadne.

And soon, audiences will delight in the female characters of Interstellar. First written by Jonah (often credited as Jonathan) Nolan, Christopher's little brother, the film's co-protagonist — 10 year old Murphy — was originally written as a male character. But as Christopher Nolan told us at the Los Angeles press day for the film, he adapted the script to his own liking, and transformed the character of Murphy into a daughter, not a son.

The reason for the gender swap? Christopher Nolan related to Matthew McConaughey's character of Cooper — the "every man" who is fated to leave dying earth, and leave behind his family, in the hopes of finding salvation for mankind on another planet. With a daughter of his own, Flora, Nolan felt the parental struggle of leaving behind his children. When asking frequent collaborator Hans Zimmer to craft Interstellar's score, Nolan gave Zimmer little to work with. No plot details, no casting news — nothing — except for a note entitled "Flora's Letter". The letter meant to represent the heart of the story, a fictional and heart-breaking letter from father to daughter, that was the only source for Zimmer to create from.

And this makes sense — Nolan's character of Murphy is the film's true hero. McConaughey's Cooper is simply a red herring for our admiration. Sure, he's the one that goes into space, risks his life for the future and makes huge advances in space discovery, but it his daughter — seen as a 10 year old and an adult — who saves civilization. Cooper even says it himself: "It was never me, it was her." To what he is referring, I won't reveal, but by the time the credits roll, it is clear who Interstellar's hero is — and it isn't a middle-aged white male with a southern accent. And I haven't even mentioned Cooper's space companion, highly-intelligent yet emotional Amelia (Anne Hathaway).

If Interstellar isn't a convincing love letter to Nolan's feminist leanings, look no further than his constant collaborator and wife of 17 years, Emma Thomas. Thomas, who has collaborated with husband Nolan on all of his major projects, is, like Rachel Dawes or Inception's Ariadne, the woman behind the man. She is as much a part of the process of bringing these beloved stories to screen as Christopher or brother Jonah. She is the mother of Flora, and holds a resume as impressive as her more widely-known male counterpart.

While Interstellar has a huge heart, glorious sequences of space travel (Nolan doesn't believe in green screens), and Oscar-worthy performances, the real success of Interstellar lies in it's familial narrative, and the female characters that drive the film towards its bittersweet happy ending.