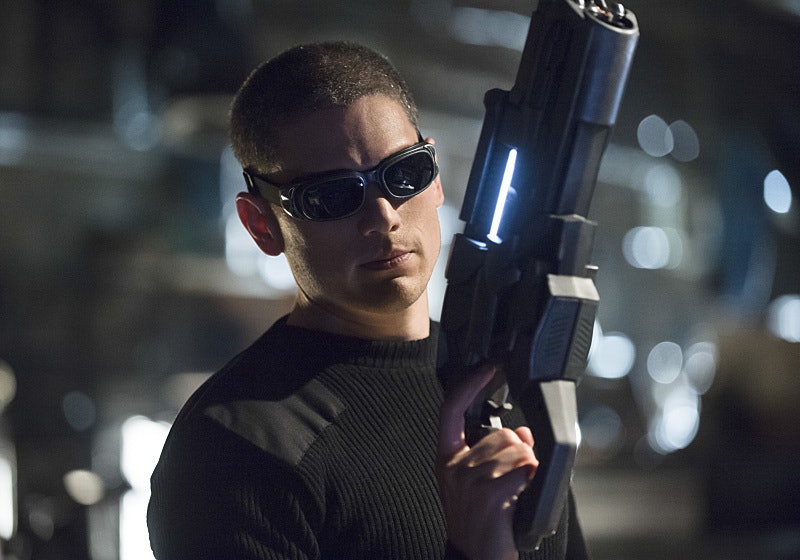 Now that we know for sure that Captain Cold is the first villain to last on The Flash for more than one episode, it's clear that he does not plan to bring Barry Allen down alone. The very last few seconds of the episode show him proposing a partnership to someone offscreen named Mick, and it's most likely Mick Rory, otherwise known as "Heat Wave." This spells out some bad news for Barry and his friends at S.T.A.R. labs, because apparently Rory was twisted long before the accident that gave everyone all their metahuman abilities. In the DC comics, he is known as a pyromaniac who once set his family farm ablaze as a child just for the fun of it, so it doesn't seem like he is likely to be showing anyone mercy.

I'm curious though what advantages Captain Cold would see in teaming up with someone as unpredictable as Heat Wave, and how he plans to use their abilities in tandem. It seems to me like Captain Cold already has Barry intimidation on lock — how will adding fire to the mix enhance his attacks in any way? And how is he going to motivate Rory to join him in the first place?

I have a feeling we're going to be getting a slew of unexpected backstory on Heat Wave to explain that last one, and my guess is that it's going to involve Barry's father in some way, especially because we suspiciously didn't hear much from him for this entire episode. Maybe in this version of The Flash he has some kind of grudge against the Allen family. Maybe I'm just shooting arrows in the dark. What I'm hoping is that this doesn't mean Captain Cold is assembling a team of even more metahumans, the way he did in the comics with the Rogues, and since we know there's a villain guest spot from Andy Mientus on the horizon, that might not be far from the truth.