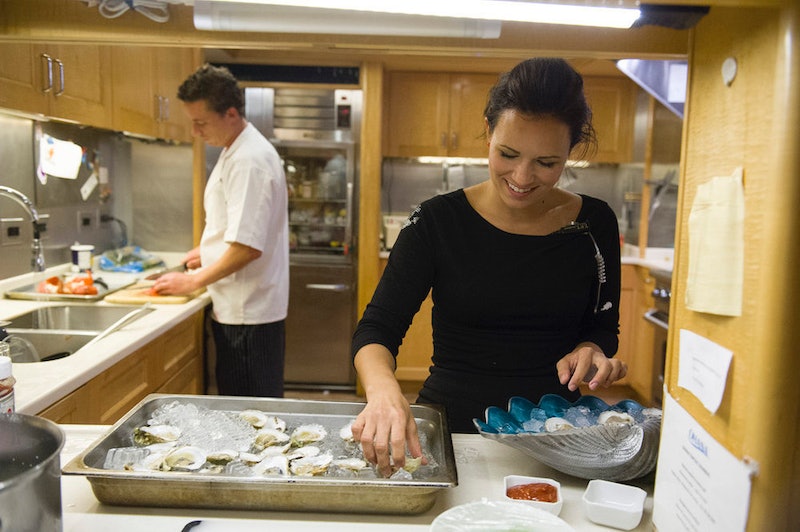 I rounded up my favorite morsels from the Crew Tells All episode AND! I added my “Captain’s Log” notes. That’s right. I’m the captain now. Sorry, Captain Lee.

If you'll excuse me, I must go swab the deck and make sure the seahorse throw pillows are A-OK. Because we viewers still have one more charter to go. And the primary charter guest is, but of course, Andy Cohen. I'll ready for you reunion. I'll. Be. Ready.