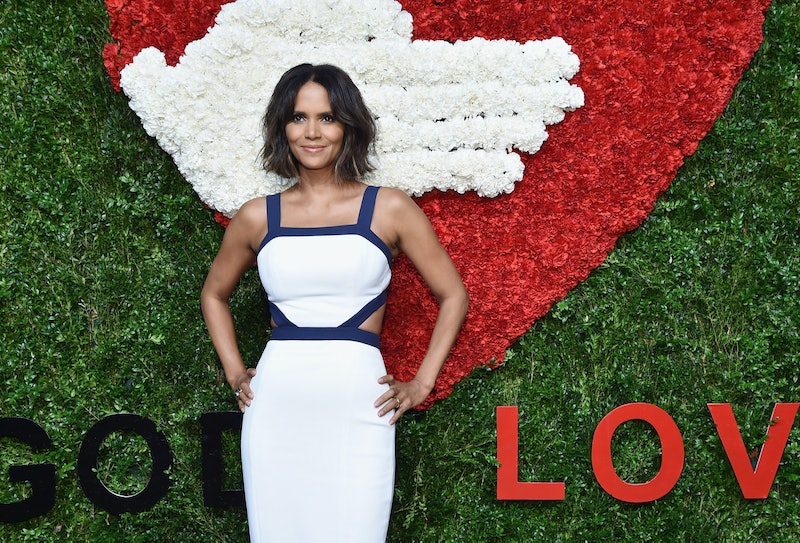 In a recent interview with Yahoo! Style, the actress revealed what she believes to the secret to her killer cleavage: "My mother taught me when I was very young that if I don’t want my boobs to hit the my knees by the time I’m 30, always wear a bra, even to bed.” That sentence makes me so mad that I almost want to give up bras permanently out of protest.

Granted, Berry is currently getting her lingerie brand Scandale off the ground, and so it's not unusual for her to encourage shelling out the big bucks on supportive (and lacy) bras. But there is absolutely no need for ladies to put themselves through the exquisite torture of wearing those boob cages to sleep (or during a cozy Netflix marathon, for that matter). As Bustle's own Gabrielle Moss has pointed out, there's no evidence that wearing a bra keeps your breasts perkier. While many women, myself included, choose to wear one out and about for aesthetic purposes, they're not exactly necessary — especially not when you're trying to maximize comfort.

I've only slept in a bra twice, on occasions when I wanted to avoid flashing a ton of dudes — once during after prom when I slept on the floor of a high school friend's vacation house, and once when visiting my boyfriend's fraternity. Both times I found actually getting any sleep to be nearly impossible given that I had underwires digging into my torso.

I'm actually saddened that women believe they need to be constantly uncomfortable in the name of beauty, and even more saddened by the fact that women of influence such as Halle Berry are perpetuating this harmful belief. Until the day that men start sleeping in bras, I'll be taking mine off the second I get in the door at night. I hope Halle Berry starts doing the same!