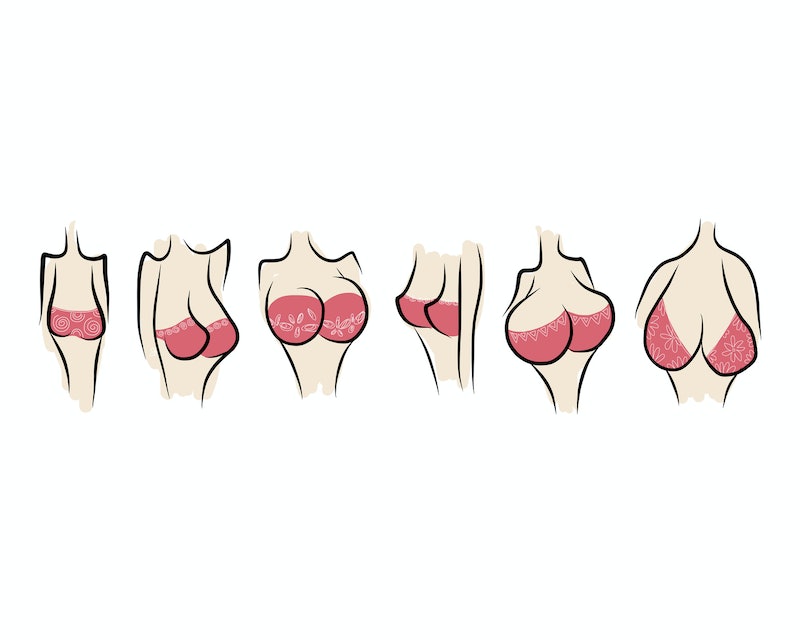 Good news for pretty much anyone with boobs: A new study focusing on bras and breast health, published Friday in the medical journal Cancer Epidemiology, Biomarkers & Prevention, showed that there is no link between wearing a bra and developing breast cancer. Researchers at Seattle’s Fred Hutchinson Cancer Research Center conducted a study — the first of its kind — looking for proof of the oft-rumored correlation between bras and breast cancer. After surveying over 1,500 postmenopausal women about their bra-related history and habits, as well as their breast cancer status, the research revealed that there was no connection between wearing a bra and developing cancer.

"Our study found no evidence that wearing a bra increases a woman's risk for breast cancer," noted researcher Lu Chen. "The risk was similar no matter how many hours per day women wore a bra, whether they wore a bra with an underwire, or at what age they first began wearing a bra."

The news is quite a relief for all us underwire warriors, since the myth that bras cause cancer has had a longer lifespan than even those email chains your kookiest aunt is always sending you. The idea of a bra-cancer connection was even the subject of the highly controversial 1995 book Dressed to Kill (which, notably, was written by medical anthropologists, not research scientists).

Now that this rumor has finally been put to rest, what other lies and half-truths about the over the shoulder boulder holder can we clear up? Here are seven other bra myths, busted.

Myth: Wearing A Bra Will Keep Your Boobs Perkier

Fact: According to a 15-year study conducted in France (of course), wearing a bra can actually discourage the development of supporting breast tissues, which could lead to saggier breasts. But before you go throw your fleshtone underwire in the trash and run out to Buffalo Wild Wings to celebrate, there are a few caveats. Prof. Jean-Denis Rouillon, who conducted the study, found that these advantages only applied to younger women who had never really gotten in the habit of wearing bras — not to women who had already been wearing bras for years. Plus, scientists have called out Rouillon’s methodology, claiming that his failure to measure the distance from the base of the breast to the nipple keeps his research from actually charting boob saggage.

In other words, you do you.

Myth: Sleeping In Your Bra Will Keep Your Girls Firm

Fact: Alas, this is just wishful thinking. Though wearing a bra will certainly make your breasts look perkier while they’re actually in the bra, Deborah Axelrod, M.D., an assistant professor at NYU Langone Medical Center and a breast surgeon, noted that sleeping in a bra doesn’t make breasts firmer, nor does it confer any other special benefits. Good news, I guess, since sleeping in your bra is pretty much a form of torture. (Also: When did we start referring to breasts as perky? Are all of our breasts Kelly Ripa or something?)

Myth: It’s Fine To Pop Your Bra In The Washing Machine

Fact: Throwing a bra in the washing machine, alongside your stone-wash jorts and “I Survived Tammy Klein’s Rockin’ Bat Mitzvah 2002” T-shirt is a recipe for disaster. The hooks can snag on other garments, and the movements of a regular wash cycle can be harsh on a bra’s delicate fabric. Obviously, you should aim to hand wash all your bras, the same way you should aim to train for a marathon and eat more kale and read the classics of Western literature. But in real life, washing a bra in the machine is fine, as long as you set the machine to the gentle cycle and make sure to put the bra in a mesh garment bag. But for the love of all things boobtacular, please air dry them.

Myth: You're Disgusting If You Don't Wash Your Bra As Often As Your Regular Clothes

Fact: Though some people claim that you should wash your bra after two uses, those people are deranged, out of touch, and almost definitely Gwyneth Paltrow. More reasonable Internet folks admit that you’ll realistically only wash a bra about once a month. So be proud and embrace your personal bra wash cycle, and anyone who doesn’t like that can go eat some Spanx.

Myth: Wearing The Same Bra Two Days In A Row Has No Effect

Fact: Personally, I would like to support the idea of wearing the same bra day after day until it achieves sentience, literally walks off your body, and starts looking around Craigslist for one-bedrooms. But the truth is that bras need a 24-hour “rest” between wears to keep the elastic from stretching out. Experts advise switching them out daily.

Fact: As anyone who has gone to a bra specialty shop, only to have the workers look at your bra as if it were made of curdled French onion soup and demand that you throw it out immediately, can tell you, bras do have a shelf life. According to Linda “the Bra Lady” Becker, of noted boobstitution Linda’s Bra Salon, most bras only last for six to nine months before they begin stretching out, drooping, and having the underwire pop out all weird.

Myth: You Should Adjust Your Hooks Based On How Much You Want To Hoist Those Puppies

Fact: It seems like that would make sense, right? Why else are there three sets of hooks, except to suit your breast-level mood (“casual,” “business casual,” and “weapons grade plutonium”)? It turns out that those hooks are there to accommodate the eventual stretching out of the bra over its lifespan. So, according to bra expert Bobbie Smith, you should start by buying a bra that fits with the outermost hooks, and work your way in as the bra becomes looser.

Good luck out there with the care and maintenance of your lovely lady lumps, folks.

More like this
Phoebe Dynevor Serves ‘Bridgerton’ Underboob In Stunning Floral Gown
By El Hunt
J.Lo's Micro-French Manicure Has A Fun, Sparkly Twist
By Olivia Rose Rushing
9 Must-Know Tattoo Trends For Spring 2023
By Carolyn Steber
Sephora’s First IRL Store In The UK Is *Finally* Confirmed
By Justine Knight
Get Even More From Bustle — Sign Up For The Newsletter
From hair trends to relationship advice, our daily newsletter has everything you need to sound like a person who’s on TikTok, even if you aren’t.