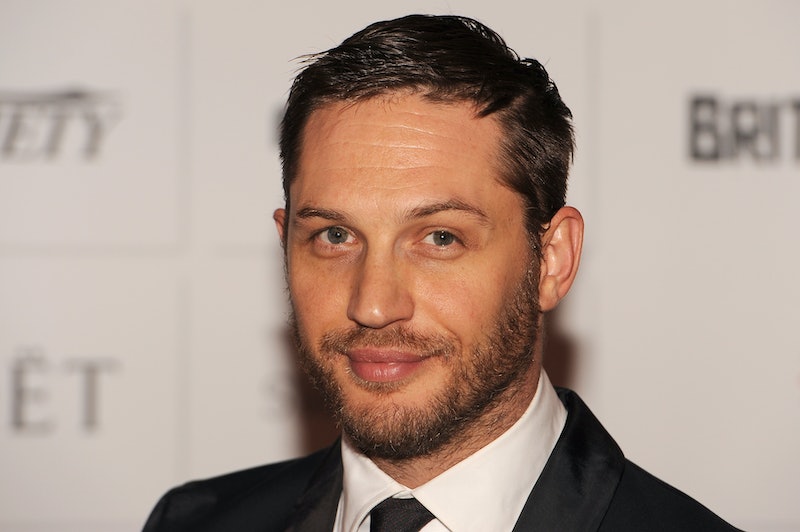 I thought for sure that I'd eventually grow up and grow out of having an imaginary Hollywood boyfriend. But I'm 31 and it hasn't happened yet, so maybe it never will. Maybe I'll always hold a torch for certain foxy celebs. I tend to select, as my fictive paramours, celebs whose star has dwindled but seem due for their next big break. Observe my former passion for Robert Downey, Jr. Right before Iron Man happened: I actually stormed away from a dinner party (I was, admittedly, deep into the sauce) when somebody assured me that he would "never work again." LOOK WHO IS LAUGHING NOW, MY FRIEND'S MOM! She probably totally forgot this comment as soon as she made it, meanwhile, I was off in my bedroom writing spiteful things about her in my journal. I am...not a very kind person when it comes to the celebrities I would like to bone, apparently.

Once his star rose for the second time, I let Robert Downey, Jr. go. The same will probably happen with my passion for Michael Keaton. I've been ride-or-die for Keaton since back in the day. But, with all the critical buzz surrounding his new movie Birdman, it might be time for me to let him soar. It's all very bittersweet. It's also proof that your imaginary boyfriend, the dude you select to fill this role, says a lot about who you are – whether you like it or not. Mine tend to reveal that I root for the underdog, tend towards loving self-esteem, and probably have daddy issues. Here's what your imaginary hollywood boyfriend says about you.

You like your boys foppish, sweet, and English. You also don't mind if they quietly look like a handsome alien or naked mole rat, provided that when they open their mouths to speak, they issue forth tones so sonorous they'd make James Earl Jones weep, girlish, high-pitched tears. You probably also wear a knee-length kilt during the winter months and refer to your bag as a "satchel".

You like beautiful, high quality things and people. You've got a strict dating policy of "babes only" and I cannot fault you for it. Your probably really get in on some acid jazz type music and like fusion foods served on square, white plates. You've been described by more than one person as a being a freak in the sheets, but you take feminism super seriously. You wear heels everywhere.

Your last boyfriend broke up with you because you were "too loud". You make people cry, easily, and can't stand being challenged in a relationship. You hate gingers, but not as much as love hate-fucking gingers. You require that every morning you are awoken by your lover bringing you coffee and singing you a tender ballad. The Fourth of July is your favorite holiday. You make your boyfriend apologize for being English and then make you an apple pie that he will not be allowed to eat.

You are my mom. You are everyone's mom.

You dream of being a high-powered, well-respected barrister, an Italian model-slash-actress, or a professional wrestler. You enjoy or tolerate practical jokes, cigar smoke, and the comedy stylings of Ben Affleck. You probably don't speak Italian, but that's cool: You didn't imaginarily fly all the way to this Italian villa with this formerly-impossible-to-catch babe to talk, if you catch my drift.

You like to have fun, and do so by perpetually channeling the spirit of youth. You only date men under the age of 30, men who look like they are under the age of 30, or men who have possessed the one true ring and not been swayed by its evil powers. You like square-dancing (for kitsch effect), collecting antique dental equipment, and naming every cow you pass while driving through the country. You probably really like ambient noise music.

You like to have sex in public places, enjoy dancing at bars, have impeccable taste in clothing to the degree that people are always asking you where you got whatever you happen to have on. You make really good gingerbread, your house is packed to the gills with books, your friends would describe you as "kooky" and you make a lot of puns about Proust, Los Angeles, and the current state of indie rock.

You love the color purple (the hue, not the film, necessarily), restringing guitars, long conversations about the complex and unknowable nature of time, sex on a pool float in a pool full of warmed cranberry juice cocktail, and you probably very seriously believe in the perfidy of chemtrails.

You are laid-back, classy, and fun. You only wear shoes if absolutely forced to do so. You might have had a tough upbringing, maybe you even have a prison tattoo on your face, but all that is passed now. You are almost TOO energetic. You've got an ulcer maybe, so you don't really indulge much in food or drink, but you spend a lot of money on incense. You love the beach, men with facial hair, and random acts of kindness.

You know some kids who really need to get off of your lawn.

You're volatile, funny, and very passionate about your career as a spoken-word warrior. You wear mostly t-shirts that you've made yourself. The say stuff like "MAO DOWN", the words scribbled out in Sharpie. You date older guys, mostly to make your dad (a lawyer in suburban Florida) angry. It works. Your life's greatest dream is to raise pheasants in Cuba. You like rum and men who are into feet.

When you're out to eat and people are ordering dessert you are always like, "Let's each get one different thing and then we can all share." You own seven wrap dresses and wear Burberry perfume. You teach elementary school, and if you have too many glasses of chardonnay, you get "randy". Your house has no dust in it, you own no pets, you read sometimes, but mostly just download things from Audible, and think the nicest way to spend the evening alone is to eat chocolate in a bubble bath. You have been single for seven years.

You have a vagina. Or a penis. Or both. You tell people you haven't seen The Notebook, but come on: You've seen The Notebook. You've dreamt of what it would be like to stick things up his nose. You're not working right now, but you're thinking that when winter comes around you might knit some hats that look like titties and sell them on Etsy.

You require every man you date to be able to save you from any disaster, natural or manmade. You love romance novels, Sleater-Kinney, Kiehl's products, and the smell of freshly-cut grass. It's important to you that you're partner be open and also that he be able to rip a wolf in half if so pressed.