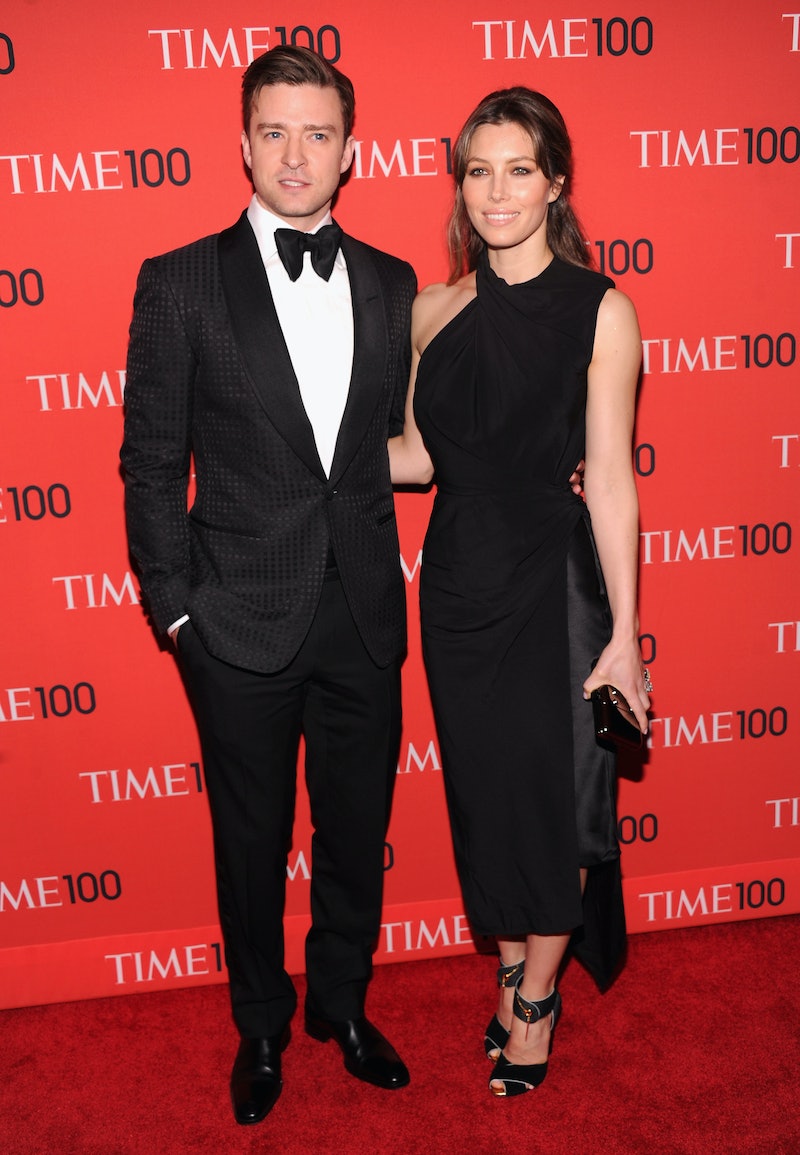 Whoa. Hold the phone. If this news is real, it is BIG. And if not, well, we'll all carry on as usual. Jessica Biel just might be pregnant, meaning all of Justin Timberlake's fans who hoped to one day bear his first child are hiding in a corner and crying in pain. As Radar Online reports, "a pal close to the 7th Heaven star" is saying Biel is "at least three months pregnant." According to another "insider," the actress has had a difficult time conceiving, "...so it is not surprising that she is staying mum on confirming the news publicly yet."

With all of that said, let's break down this baby rumor. First things first, seeing as this news is coming from a sometimes not reliable tabloid, we have to be careful what to believe. It's no secret that these two like to keep their private life private, after all, Timberlake posted his very first photo of he and his wife of two years on Instagram earlier in October. So, I'm sure, when/if they ever have children, they will announce (or just keep it secret until the actual birth) on their own terms.

Next, Biel's been spotted out and about "hiding" her so-called baby bump, which started this rumor in the first place. Who knows if this is actually a baby bump. Maybe she just had an extra large lunch that day and is a little bloated? Who doesn't have a day like that? I know I do.

Again, no official confirmation has been released, and I have a feeling nothing will be commented on until Biel and Timberlake are ready to do so. This exciting alleged baby news should all be taken lightly, because you can't always trust everything you read, unfortunately.

On the other hand, if this news does turn out to be true, congrats to the happy couple!