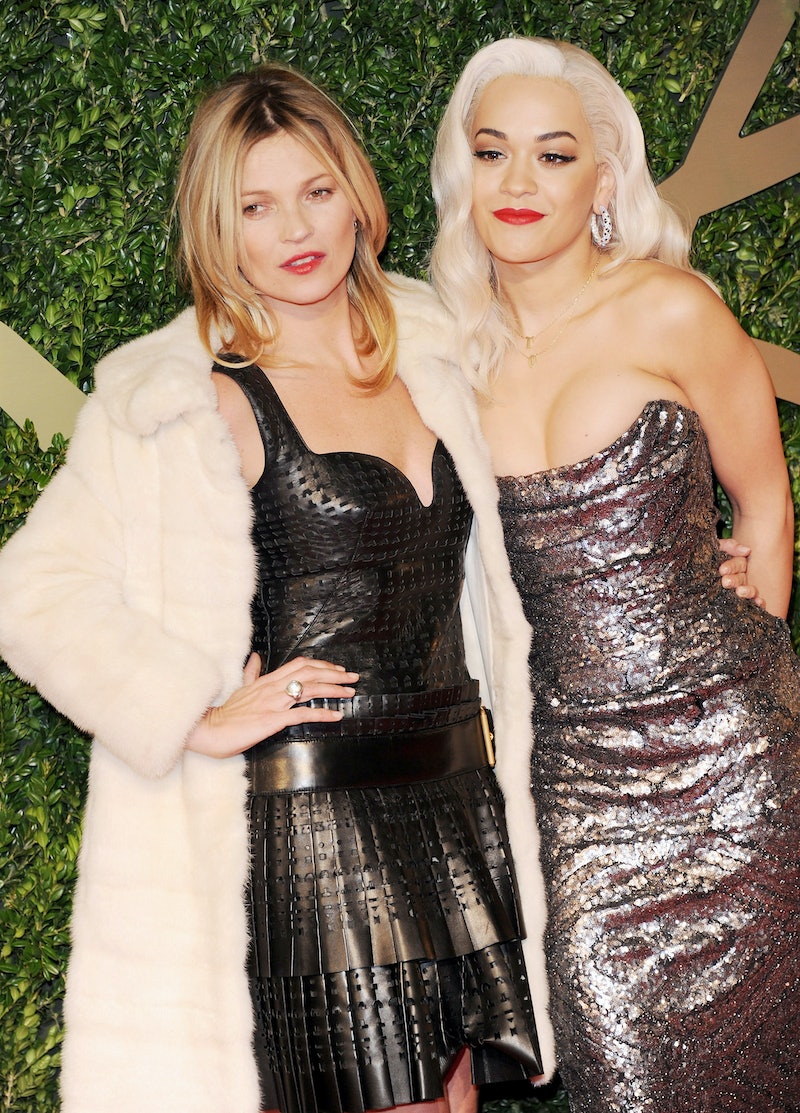 Right now, some of the world's most stylish people are Brits — the UK just seems to have fashion on lock lately. So I imagine that it it was no easy task for the British Fashion Council to narrow down all of the chic options to 20 nominees for the British Style Award. And it's definitely not going to be easy for me to whittle 20 down to one when I cast my vote.

The British Fashion Awards, which will take place on December 1, honor some the UK's most creative designers, iconic brands, and talented models in categories that range from Best Womenswear Designer to Best Creative Campaign. Each category has three nominees with the exception of the British Style Award, which has 20. The British Style Award is also the only one voted on by the public. The honor is meant to go to "an individual who most embodies the spirit of British fashion and is an international ambassador for London as a leading creative fashion capital," according to the British Fashion Awards site.

Last year's winner was Harry Styles (Let's be real, though — yeah, the guy's stylish, no doubt, but how much of that result do you think was influenced by die-hard Directioners?)

Tough call, tough call. Helen Mirren's style is beautiful and timeless, and Rita Ora's glam choices are always something to look forward to on the red carpet. Keira Knightley's been killing it lately, too. It hasn't been easy, but here are the five fashion icons I've narrowed it down to for my pick for this year's award (and the looks that have them at the top of my list.)

Amal Clooney shot to stardom not only because she's incredibly successful and she managed to take the world's most famous bachelor off the market, but her feminine-chic style gives Kate Middleton a run for her money. (BTW, the Duchess wasn't nominated this year because she was tapped in the 2013 awards.) I loved this pre-wedding Giambattista Valli dress she wore in Venice (and the stone cold fox on her arm, too.)

I love the edgy punk vibe in Cara Delevingne's street-style choices, but what really captivates me is her stunning red carpet style. She's doesn't play it safe, experimenting with sheer fabrics and risky cutouts, but she still keeps her ensembles classy and chic.

I had to include a guy in here somewhere, and when I saw the list, I knew I should strongly consider casting my vote for the oh-so-dapper Benedict Cumberbatch. Everyone loves a well-dressed man, but a well-dressed man with the perfect British accent? Swoon.

Kate Moss is British style and always will be. She should be on the list of nominees every year for her quintessential Londoner style; To be quite honest, she should just win every year. But I feel like someone else should get a chance to step up, even though the UK already has its ultimate style icon, don't you think?

Emma Watson has become one of my favorite people to watch for on the red carpet. She always looks classy, stylish, and sophisticated, and a mishap is rare for her. If I were just basing my voting decision on red carpet looks, I think Watson would be it for me.

Voting closes on November 5, so I guess I should make up my mind soon. Dilemmas, people. Dilemmas.

More like this
Here Are All 703 Outfits Rachel Wore On Friends
By Kat George
Dua Lipa On YSL Beauty, Plus Her Fearless Approach To Hair & Makeup
By Erin Stovall
Lizzo Is Here To Remind You That Hot Girl Summer Lasts All Year
By Dominique Norman
Kourtney Kardashian Just Wore The Coolest Silver Mesh Set
By Allie Fasanella
Get Even More From Bustle — Sign Up For The Newsletter