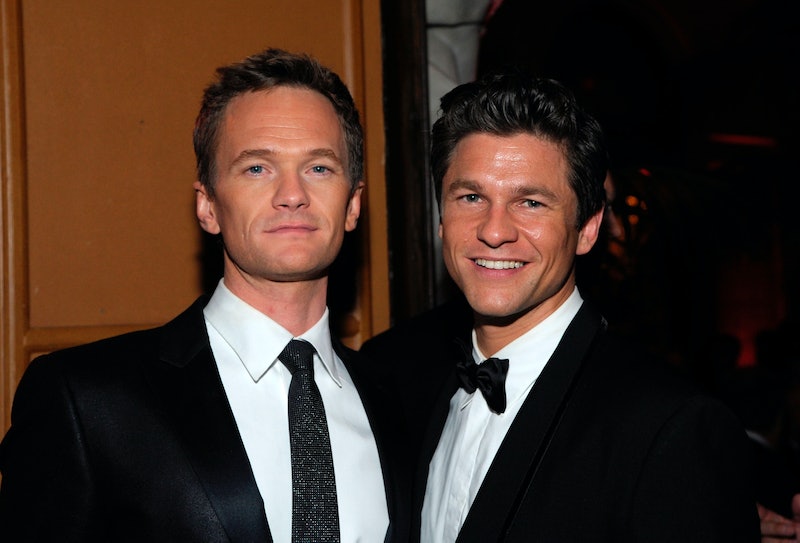 The couple that stars in bizarro television shows stays together? TVLine is reporting that America's favorite husbands Neil Patrick Harris and David Burtka have both signed on for American Horror Story: Freak Show. We'll be seeing them in the latter part of the season, and here's to hoping we get some great behind-the-scenes shots of that whole family chilling between shots.

It's unclear whether they'll actually be appearing in any of the same scenes, but we've already got hints at their roles and when to expect them: Burtka will reportedly be in Freak Show's finale in what TVLine's calling "a sexy storyline" with Jessica Lange's character. Harris, for his part, will be in the season's final two episodes as a chameleon salesman.

That's pretty much all the detail we've got on their roles as of yet, but considering Harris' significant talents — including his love of magic — I'd place bets on that chameleon salesman being... well, not your average chameleon salesman, whatever that looks like.

American Horror Story co-creator Ryan Murphy has worked with Harris before, back in the Joss Whedon-directed episode in Season 1 of Glee. And now that his runs on How I Met Your Mother and in Hedwig And the Angry Inch are over, Harris is freed up to be absolutely everywhere absolutely all the time. I've got a feeling he's gonna live up to that.