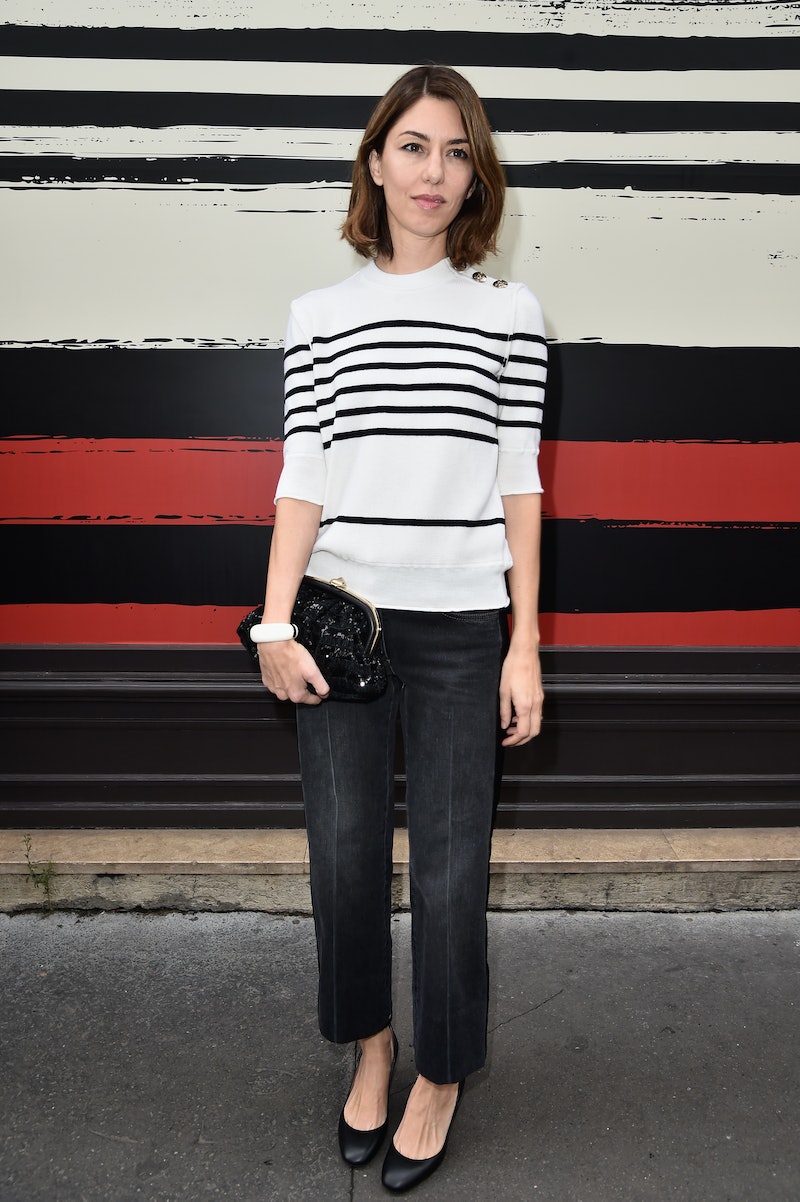 Sofia Coppola is doing a second act to David Fincher's as the second director to direct short promotional spots for Gap's "Dress Normal" campaign. Despite the iffy and misleading name (no, the Gap's not trying to promote normcore, if that's what you were thinking), the campaign is pretty all right. It's a return to basics, which is where the Gap started after all. And it's no small feat that they've got big name directors in their corner to produce new ads. The Gap has always been on top of their game with their ads (though of course some have been better than others) and can probably be blamed for the swing revival because of one of their advertisements.

Coppola's ads are sweet and holiday-themed: "[She] has made a series of Gap ads disguised as a holiday-themed short film. Titled "Gauntlet," "Mistletoe," "Crooner" and "Pinball," the spots show families gathering together for Christmas and Thanksgiving. There's unrequited love, family drama, reunited friends and an adorable boy singing karaoke." Very warm and fuzzy and true to her visual style. They're a total 180 from Fincher's spots, which, true to HIS style, are black and white and super sexy. Who will the Gap bring on next? Here are five directors who should be at the top of their list.

Yeah yeah, he'd have to tone down the violence and vulgar language, but Tarantino could bring a saturated, pop-art comic book feel to the Gap ads. Would love to see a (harmless) fight scene a la Kill Bill (toned down by 1000) or something like the infamous Travolta - Thurman dance number in Pulp Fiction.

Another few that would have to omit the violence, but let's not forget that the Coens are hilarious (The Big Lebowski, HELLO), and can, of course, be introspective (Inside Llewyn Davis!) They are great storytellers and could probably make tiny, incredibly well-acted and symbolic Gap ads with magnificent scores. Because everything they touch turns to gold, damn them.

Bill Murray is usually sporting a turtleneck and blazer in most of Anderson's films, so it wouldn't be a stretch! There'd be, of course, that vintage feel, precise dialogue, deadpan humor, amazing pastels, all centered perfectly on the screen. And most likely, Bill Murray.

Jonze' style would probably be just perfect for a Gap ad (not to mention the fact that he's Coppola's ex-husband). Can't you see see those cozy basics right at home in a retro-futuristic landscape full of melancholy and warm, orange tones set to song by Arcade Fire? I'd fall into that Gap.