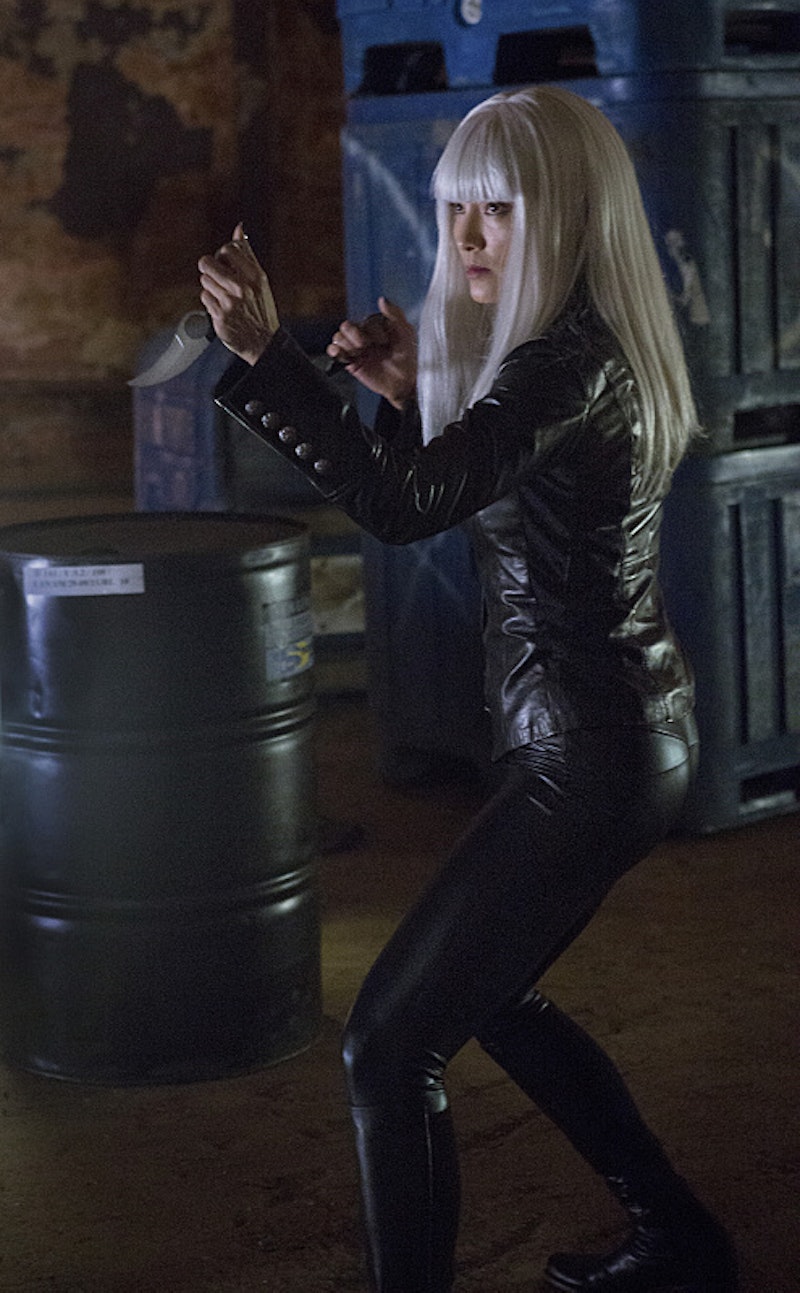 If you're like me, you were probably left wondering during Wednesday night's Arrow episode who that white-haired woman in the picture Amanda Waller showed to Oliver during his days in Hong Kong could be. Because if you're thinking you feel like you've seen this character before, then you would be absolutely right. Her name is Chien Na Wei, also known as China White who's gone toe-to-toe (or is it knife-to-bow?) with the Arrow on several different occasions during Season 1 and 2. And as a well-trained assassin and leader of the Chinese Triad, obviously, she's a force to be reckoned with — something Oliver has experienced first hand. Though now it's starting look like their relationship goes way further back than any of us had ever realized.

After yet another less than heartwarming conversation between him and Waller, Oliver realized that she was the one behind the attempted take down of an airplane that Oliver ended up preventing during his time on the island. But it turns out she had a clear ulterior motive behind that attack: she was trying to kill Chien. And now, thanks to Oliver's intervention, she's still alive and a continued danger to the world. Does that mean Oliver secretly blames himself for every single death Chien has caused since that day? We all know how well Oliver handles guilt.

It'll be interesting though to see where exactly the Hong Kong storyline goes from here. Why does Waller want to bring Chien down so badly? Does Oliver interact with her before they reunite in Starling City? If so, obviously she managed to escape his grasp — which seems to be quite the pattern of hers until recently. (She was arrested during her last visit to Starling.) However, this begs the question of whether that's where she still remains. Is it possible she's managed to escape? And if so, what has she been doing with her time? Hopefully it hasn't involved shooting arrows into someone's chest.