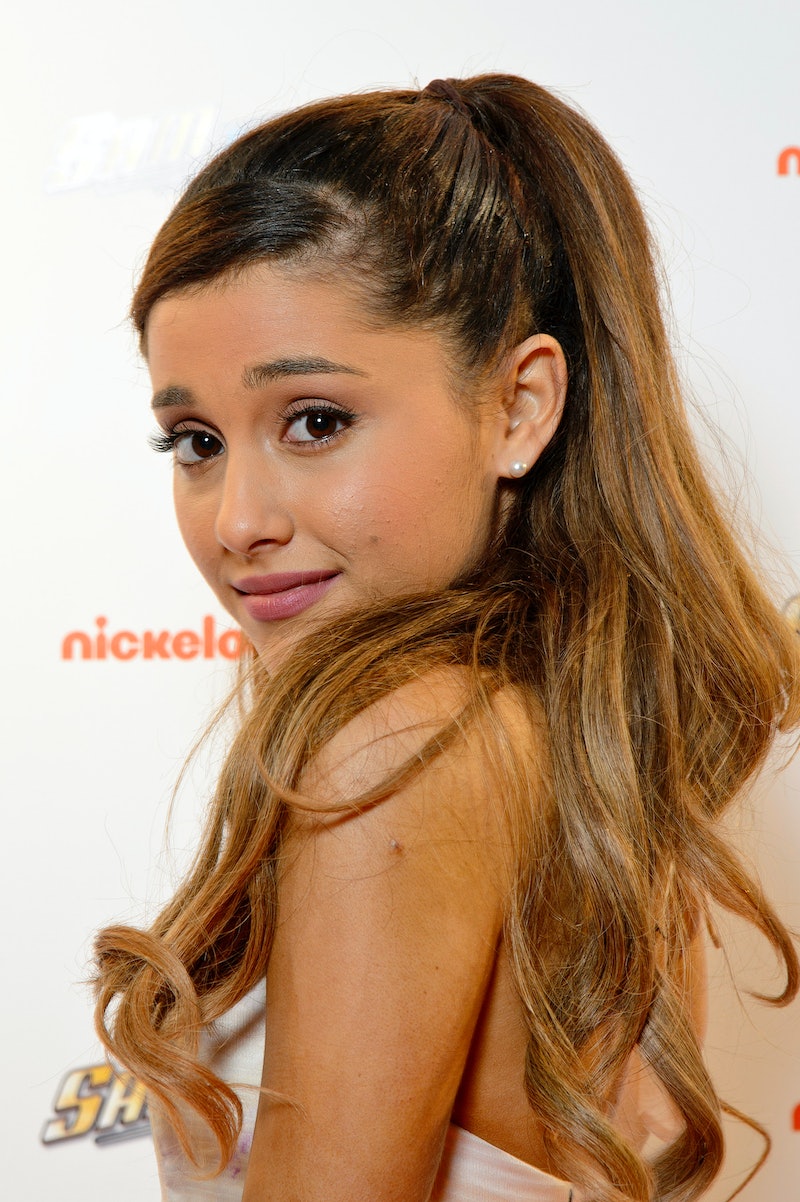 Is there anything that this former Nickelodeon star can't do? Whether you believe the rumors about her being a diva or not, it's undeniable that Ariana Grande is incredibly talented and on top of her game right now. Between being in an (unconfirmed) relationship with Big Sean to releasing her second number one album My Everything, she's probably never been more popular than she is right now. That's why it's not surprise that Grande is voice acting in Underdogs , her first feature film role, nor is it a surprise that Hollywood Life is reporting that Grande is allegedly receiving other movie offers already. The real surprise would be if she actually took any of them.

I'm with the camp of people who believes that the pop star's acting career is pretty much done now that she's severed her final ties with Nickeloden and Cat Valentine. Even her role in Underdogs alongside Nicholas Hoult, Katie Holmes, and Matthew Morrison wasn't enough to persuade me otherwise. She is a singer and she has always wanted to be a singer. She said as much during her interview with Marie Claire, when Grande admitted she'd always wanted to make an R&B album. As in, since she was 14 years old. Do you know what Grande was doing at 14 years old? Getting her real acting start in the Broadway musical 13. So, basically, even when she was becoming an actress, she secretly wanted to be a singer. That acting thing was just a strategy.

And it worked. The fame from Sam & Cat and Victorious gave her the fan base she needed to use as a jumping off point into her career as an R&B singer. It seems to me that Grande likes to do vocals, but not so much go to the entire trouble of pretending to be someone else. Like, say, dying your hair red velvet red for years to portray a teenager on a children's show. Sadly for Grande, she does have quite the baby face, so it seems likely that if she tried to transition into movies then she would be stuck playing teenagers for quite some time. She could have an illustrious career as a voice actor. That seems perfect for her since she could do that between albums and, basically, from anywhere without having to go to a proper film set for months at a time. But appearing in person on the big screen? I don't think it's for her.

At the end of the day, although it's nice that Grande is getting all of these offers now — if she's getting all of these offers now — I think she spreads herself thin enough without adding movie star to her resume. She should take this well-deserved break from acting to enjoy her music career without having to worry about having to film anything on top of appearances, music videos, photo shoots, and tweeting about her family. Besides, there are very few movie directors who would be willing to only film her from her left side.