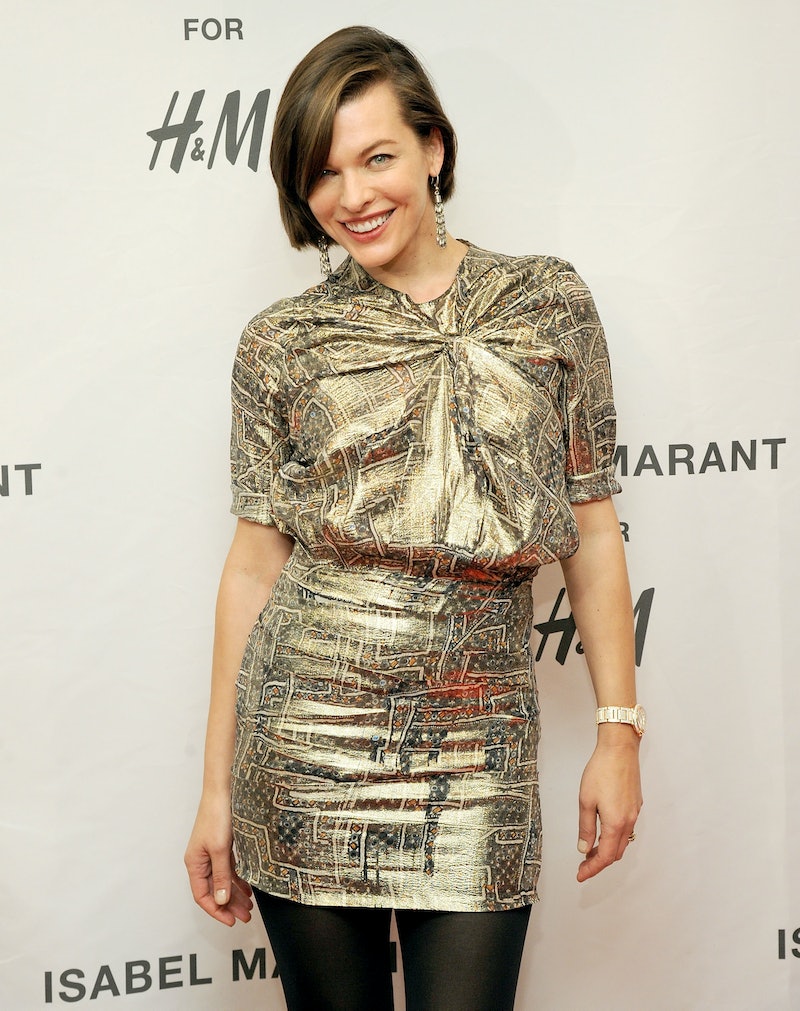 You may have already heard she's pregnant, but the latest news is that actress Milla Jovovich is pregnant with a baby girl! The Resident Evil leading lady revealed the exciting news to People, and explained that she's relieved that she and hubby Paul W.S. Anderson's next child will be a daughter. They weren't quite sure how their first daughter, Ever Gabo, would react to having a baby brother. “I was actually worried if we had a boy, what would happen to him. I was like, 'I wonder how long he will survive in our house with that little girl pushing him and sticking her foot out and tripping him!'"

All jokes aside, one thing does remain certain and that is that Ever, 7, is quite the creative one when it comes to selecting names. According to Jovovich, they are quite "amazing" choices. "One of them was Toilet Bowl. Which we thought was there on our list. We’re like, 'That’s a really good one.' Bicycle Lane was another one." What they'll name their baby girl remains to be seen, but, apparently, Ever actually did end up choosing her sister's name. Jovovich teased that it's a "non-sanitary related" name. "Actually, the name that we chose, she picked," Jovovich confessed. "I’m still open to suggestions, but we’ve been calling her one particular thing recently."

It seems like Ever is very serious about what they'll call her baby sister, in addition to not showering her with gifts. The seven-year-old believes that her sister can just wear her old clothes. Hey, at least she being conservative. It sounds like Ever's going to be a great thinker one day with all of these thoughts about the upcoming arrival of her baby sister. Keep those creative juices flowing, Ever!