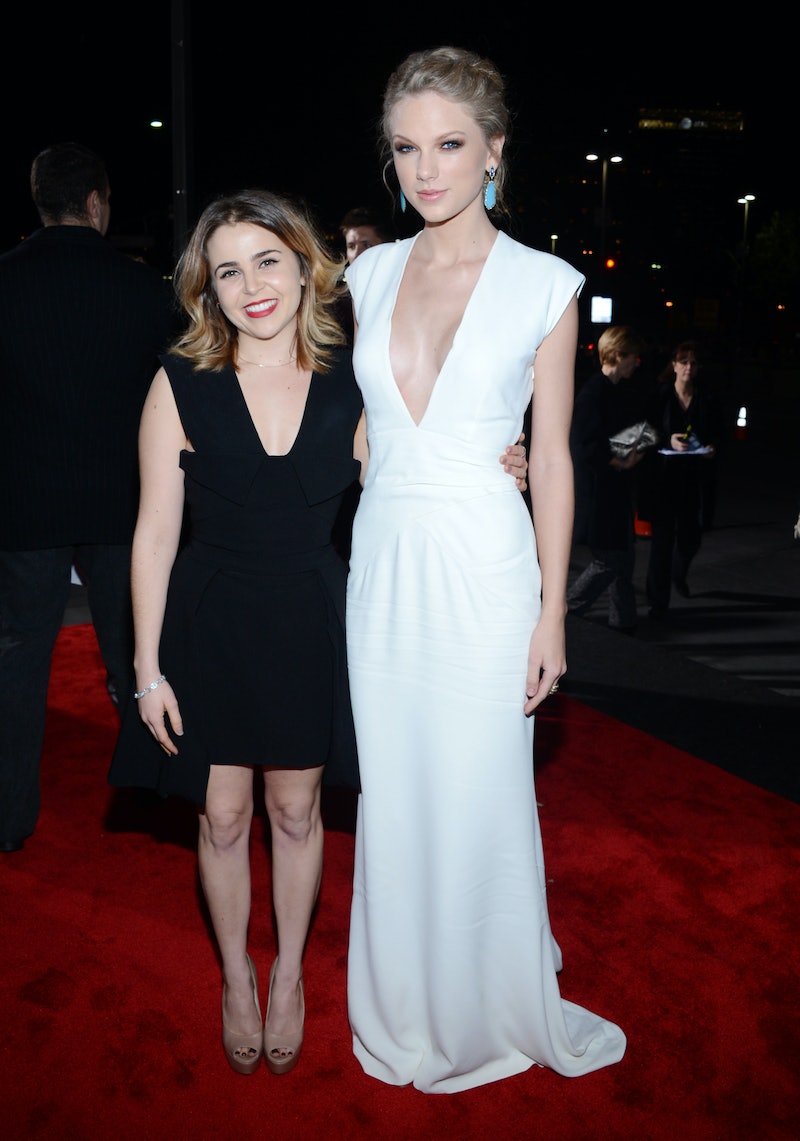 If you only watch one thing on the internet today, let it be Mae Whitman dancing to Taylor Swift. The actress' impressive moves were captured by her Parenthood co-star Dax Shepard as she simultaneously holds a cereal bowl and does high kicks. Also seen in the 15-second clip? Whitman using a trailer's counter as a ballet barre and ending with a full split — all as she sings "Blank Space." Basically, Shepard set the bar pretty high for all of his future Instagram posts, considering this was his first video.

But the T. Swift love didn't stop there. Whitman followed up that clip with a video of her and Shepard doing a spoken-word rendition of the song. "Oh my god, look at that face. You look like my next mistake," she says from behind the camera. "Love's a game. Wanna play?" he asks, seriously, as he rolls his chair into a wall. Please say that these are just two teasers to a full homemade music video from the Parenthood set. Bonus points if Kristen Bell joins in for some song and dance and/or the footage is used for Shepard and Bell's adorable Samsung commercials.

Now, just to get Swift to guest star on Parenthood before its series finale. Your move, Jason Katims.