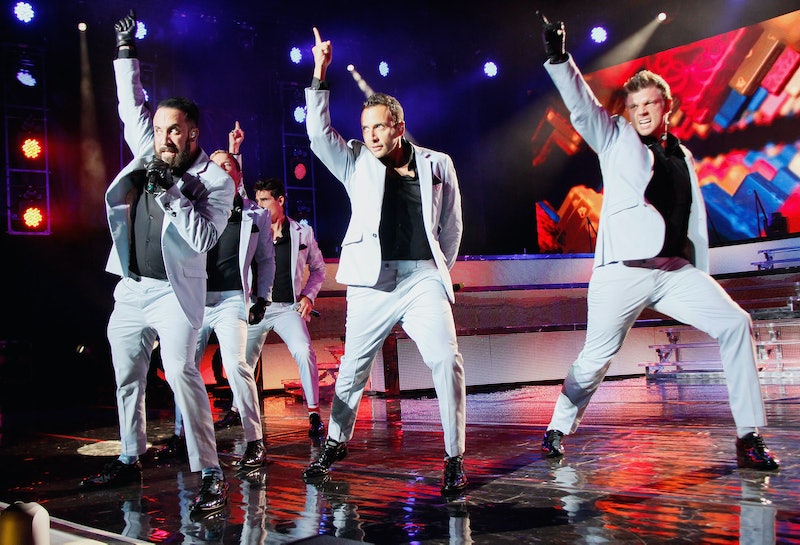 How is your childhood doing today? Good? That's wonderful. Now let me wreck it completely. During the '90s, there was a surge of boy bands who were all more popular than One Direction. I know, I know, it's shocking. But the key conflict during those days was whether to support 'N Sync or The Backstreet Boys. Very few people preferred the Backstreet Boys to 'N Sync. The ones that did are probably the same people sitting over in the corner muttering about how Justin Timberlake will never catch on. However, whether you were a fan of BSB or not, we all knew "I Want It That Way" because it was one of their most famous songs. As it turns out, there's an alternate version of the Backstreet Boys' "I Want It That Way" and it is... different.

According to BuzzFeed, this version was actually the original version of the song. Songwriter Andreas Carlsonn said that it was written with Mutt Lange, but the band loved the song that we heard more and so that version of it became the final single. To be perfectly honest, I can already see why they would have chosen the sound of the radio single over the sound of the original version — at least melodically. There's a bizarre backing beat that goes with it that makes it sound more like a house party remix than a legitimate single. And then there's the fact that the lyrics are completely different, as is the story that both songs are telling. But let's formally break this down.

For those who are wracking their minds for their intimate '90s knowledge of these lyrics, the final single instead had the verses, "You are my fire / My one desire / Believe when I say / That I want it that way. But we are two worlds apart / Can't reach to your heart / When you say / I want it that way." And then there's the chorus, which replaces "tell me why" with "no goodbyes" and then "no lies". It's almost like you're listening to a completely different song set to almost the same music or something.

Is it just me or did the narrative behind "I Want It That Way" completely flip perspectives between the alternate version and the final version? Because the lyrics are different, the story is different and I'm not entirely sure I like the new story. In the original song, it sounds like the boys are singing about having made a mistake, but still being so desperately in love with a girl that they want her back. Take the second verse, for example.

Now contrast that with the actual song, in which the first two lines are replaced with, "Am I your fire? Your one desire?" Is it just me, or is it starting to sound like they're accusing the nameless girl of cheating? Especially since that leads right into the chorus of "tell me why, ain't nothing but a heartache." To compare the two songs, it really sounds like one version is trying to sweet talk a scorned lover back into your life while the one we heard on the radio is dripping with heartache over being scorned but still wanting the girl back anyway.

No, seriously guys, what is that back beat? It starts off the song and it keeps going even after the song is over. Why was that in there? Thank you for removing it.

Check out the alternate and the final single below.