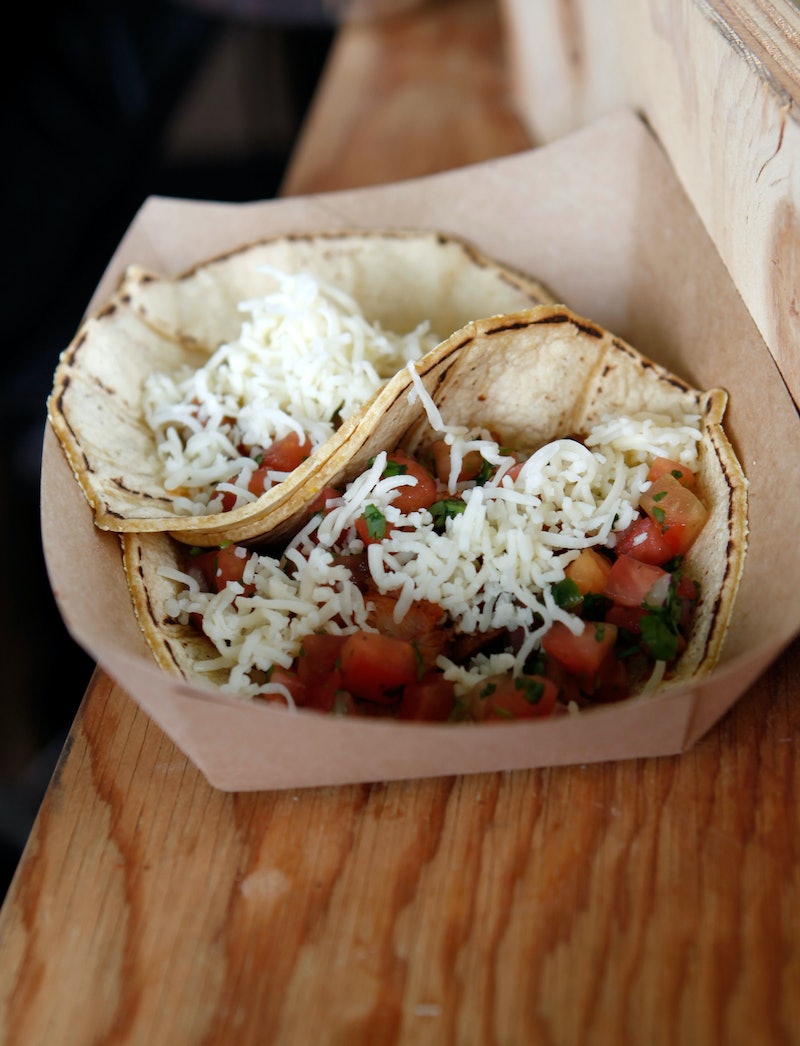 Burritos. They're the best. Think about it: They’re efficiently wrapped for travel convenience. They don’t require utensils, although napkins might be necessary. They can be filled with anything your heart desires. Whether you prefer the quick, albeit unhealthy beefy crunch burrito from Taco Bell or the choose-your-own taste adventure assembled at Chipotle, you have to admit that the burrito is seriously the pinnacle of food consumption. Or they are as far as I’m concerned. When I discovered the breakfast burrito back when I was seven, I knew that I'd found the single food item that could fulfill each meal of the day. The burrito is the ultimate food choice, pleasing everyone from vegan to carnivore, and it has settled many an argument between family and friends looking for a place to satisfy everyone’s preferences. Even hamsters love tiny hamster-sized burritos!

But burrito love doesn't stop there. Oh no it does not. Celebrities know what I’m talking about, and these celebs are all about the beloved burrito, because they, too, cannot get enough of the magnificence that is the burrito. So lo and behold the many ways in which celebs are enjoying their own tortilla wrapped concoctions.

OK calm down. POTUS can lean over the sneeze guard all he wants, because obviously he wants to get his burrito just right. President Barack Obama is serious about getting the Chipotle crew to follow his orders.

For Hollywood's fanciest night out, Frozen's Kristen Bell accessorized her silver ball gown with a burrito sized clutch, because, as she joked, she had to tote her award show burrito around stylishly, of course.

Comedian and Parks and Rec star Aziz Ansari knows the best way to get much needed sustenance after answering fans on Twitter is by eating a burrito, or as Tom Haverford might call them, 'ritos or wrappity wrap wraps.

Back in 2012 when Lena Dunham received her first four Emmy nominations for Girls , she told Vulture that she was going to celebrate with burritos. She said, "Literally, the minute I found out, I said, 'I’m eating a burrito. No one is going to stop me. I’m having a f--king burrito.'" Because Dunham knows that a burrito is the best way to treat yo self.

Or so it is according to this joke-y Instagram vid his sister Ariana Grande posted. Burritos might make you feel like a fire-breathing dragon, depending on your choices down the Chipotle line, but I'm with you, Frankie. It's totally worth it.

While strolling with ex-boyfriend Nicholas Hoult way back when, burritos seemed to be Jennifer Lawrence and her BF's romantic food of choice. Because like love, burritos are tiny packages of enveloped warmth made from the heart and delicious with guacamole.

According to E! when the couple chose to go on a 22-day plant based spiritual cleanse they could still enjoy a supreme burrito.

While chatting with Jimmy Fallon on Late Night, the handicrafts queen and Bangerz songstress said that after her Rolling Stone skydiving interview, she took the reporter to one of her favorite fast-food joints, Baker's Drive Thru to have what she called "one of the best things you could possibly imagine," a burrito burger. I can't even wrap my head or a flour tortilla around that image. Then again, I shouldn't expect any different from Cyrus, she has a tendency push things further — burritos included, I suppose.