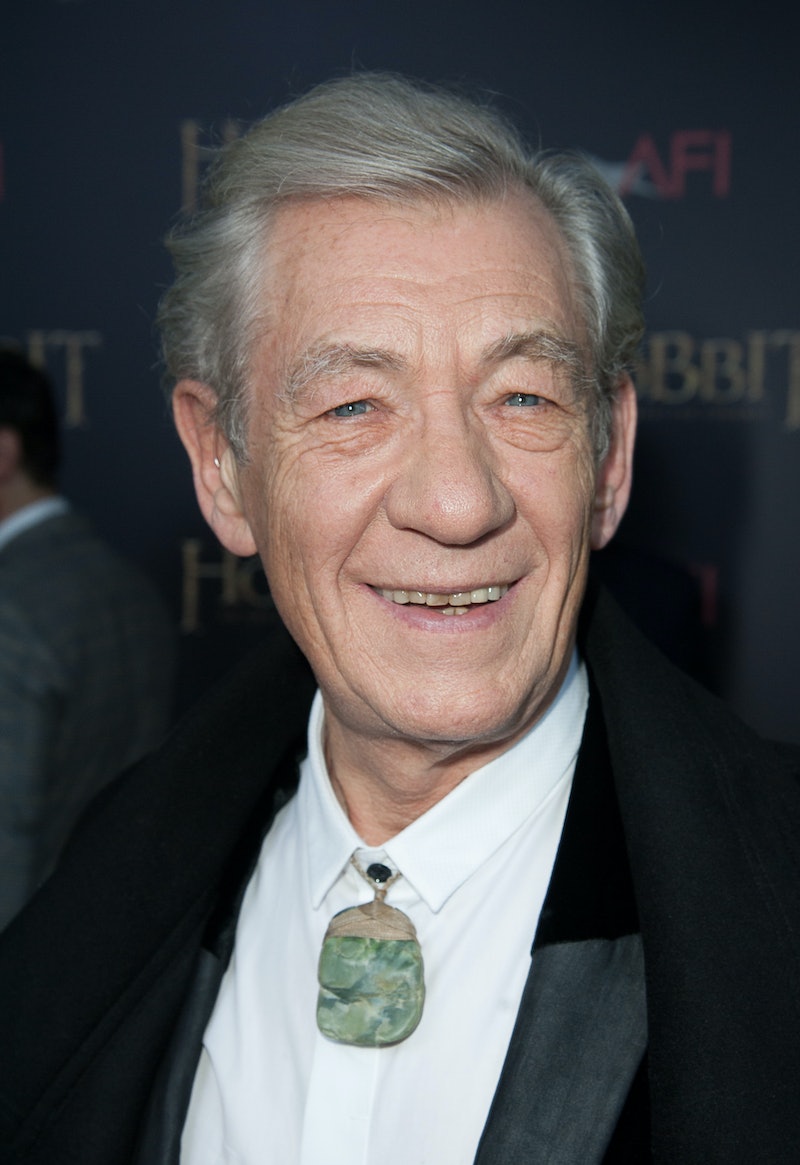 Ian McKellen is many things. He's Gandalf, Magneto, a legendary stage actor, a British knight, an oft-underestimated comedian, and an openly gay man who is a major advocate for gay rights worldwide. On Thursday, the Burnley native was awarded the freedom of the City of London for his work in the LGBT community. Of his many causes, McKellen is best known for co-founding Stonewall, an LGBT lobby group in the UK that is named after the Stonewall riots — a huge moment in the history of gay rights in Greenwich Village on June 28, 1969, in which gay rights demonstrators fought the onslaught of police raids and battery. Along with Stonewall, McKellen is a major supporter of the Albert Kennedy Trust, which aids homeless LGBT Youth and has played a big role in London Pride over the years.

At the ceremony, Lord Mayor Fiona Woolf applauded McKellen for his artistic contribution to the world and for his work as a "tireless campaigner for equality." The Freedom of the City of London is a longstanding tradition and a huge honor. Past recipients have included Dame Judi Dench, Stephen Fry and honorary Freeman such as Nelson Mandela, Princess Diana, and Winston Churchill. In short, McKellen is in good company.

He is also a most-deserving humanitarian. McKellen uses all forms of media to help spread the word about gay rights in the UK and around the globe. Let’s take a look at how the acclaimed actor and activist uses Twitter to raise awareness... and a few laughs.

When he & Sir Patrick Stewart Shared this Moment of Remembrance

Spreading the word about everyday progress

Posts that just make you smile

Posts that just make you laugh

Most Importantly, Making Change in person and online