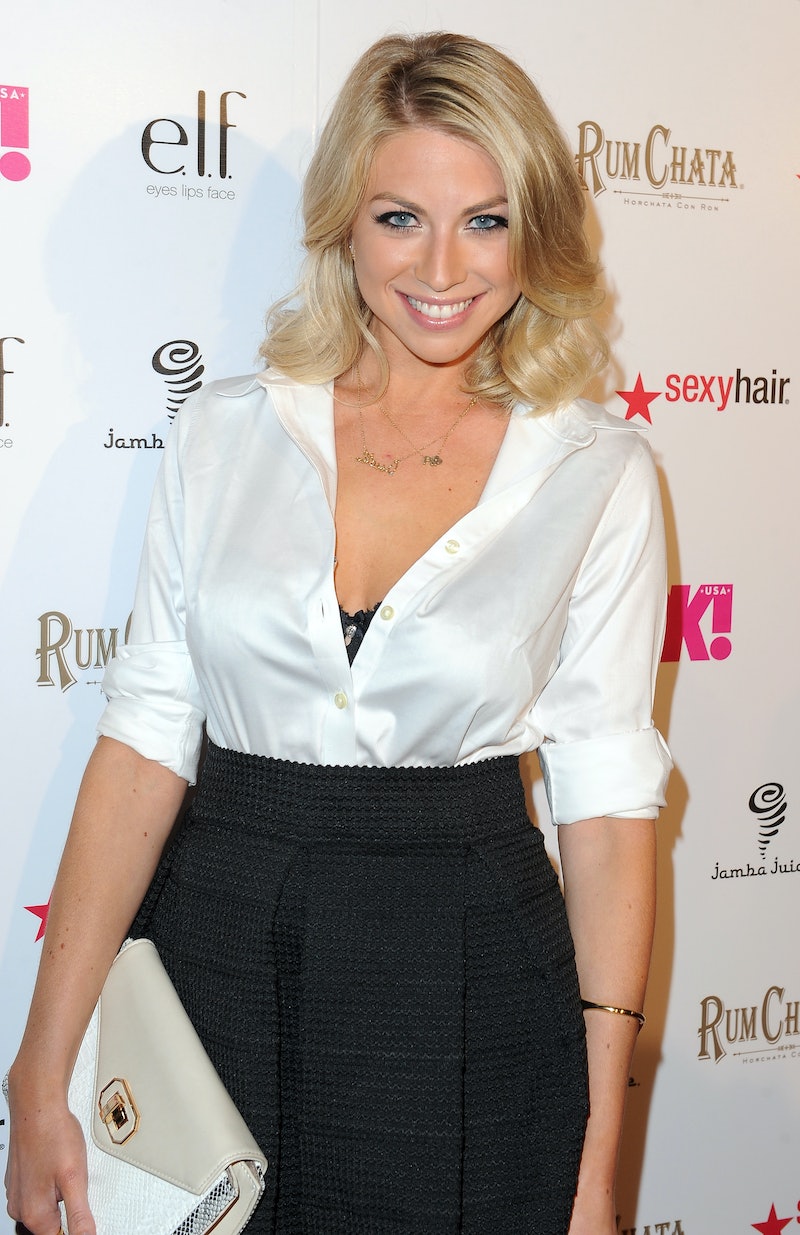 The cast of The Greatest Show on Earth, aka Vanderpump Rules, celebrated the upcoming Season 3 premiere Monday night. (AUGHHH Nov. 3 is so close, I can smell it. And yes, it smells like LVP Sangria.) So, who showed up to this glorious soirée? According to Bravo’s Dish blog, Lisa Vanderpump, Ken Todd, Giggy, Jax Taylor, Tom Sandoval, Ariana Madix, Scheana Marie, Tom Schwartz, Kristen Doute, Katie Maloney, and Peter Madrigal Vanderpartied together. Look at that list of names. Do you see what I see?/The star, the star/Wasn’t there that night. That’s right. Stassi Schroeder did not attend the Vanderpump Rules premiere party.

RumorFix went to the party and generously shared some of the hot deets. I gobbled said hot deets RIGHT UP. Didn't wait for 'em to cool. I burned my mouth, but it was worth it. One of the hottest deets: Lisa told RumorFix that “Stacie [sic] should’ve been here.”

Ooooo! Stassi should've been there, but Stassi was not there. Why not?

According to RumorFix, there were Stassi-related “murmurs” a-happenin’ at the party. Some of the things RumorFix reportedly overheard: "Stassi thinks she’s above everyone else” and “she wasn’t here because she’s at odds with most of the cast.”

Ooooo! (I mean, if that really was the reason, it wouldn't totally surprise me. Stassi has been very candid about how she feels about the cast.)

If not at the premiere par-tay, where was Stassi that night? Did she opt to stay at home as some sort of power move? Did she go out on the town? Did she take a solo trip to Color Me Mine? WHERE IN THE WORLD WAS STASSI SCHROEDIEGO?

Aha! Stassi Schroediego? More like Stassi Schroepalmsprings...iego? (Ehhhh, I tried. It didn't work, but at least I tried.)

There ya have it, folks. Stassi was in Palm Springs for a ladies' getaway of some sort.

Maybe she'd already planned the trip to PS/put down a nonrefundable deposit on a vacation rental/RSVP'd to what sorta looks like a bachelorette weekend before the Vanderpump party invites went out. Maybe her skipping the party had absolutely nothing to do with her negative feelings about the majority of the cast. Maybe she skipped the party because she didn't want to lose a deposit. I get that.