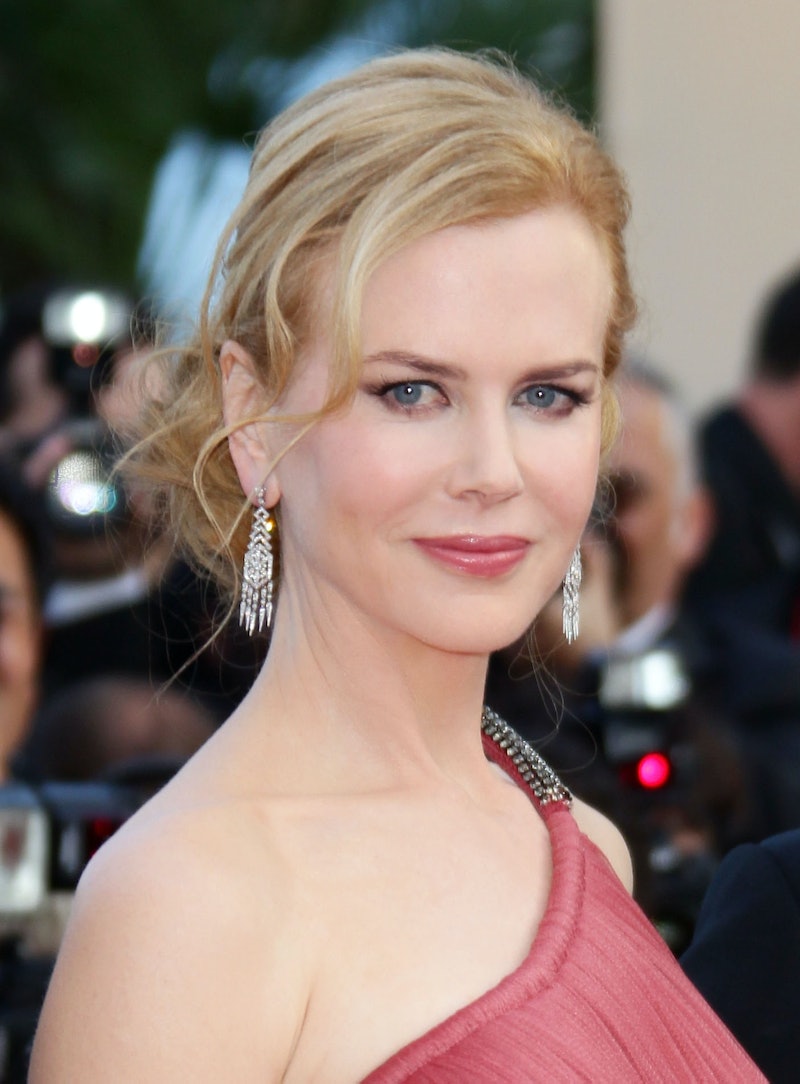 Losing a parent, sibling, child, or any loved one is extremely difficult and sometimes not easy to talk about, but Nicole Kidman wants to discuss the recent death of her father as she explained during a visit to The Ellen DeGeneres Show. About two months ago, Kidman's father died while visiting Singapore, but she doesn't want to shy away from the reality that her father did indeed pass away.

I've realized we don't talk about [loved ones dying] enough in terms of our society ... Everybody loses their parents and it's awful. I'm sorry to bring everybody down, but I'm at the same time trying to navigate through something right now. And I'm amazed when people reach out, because it's an awkward thing at times, but to have people go, "I'm so sorry for your loss" — the power of that — and even a note or anything, which — I've gotten so much love from people.

I can attest to Kidman's statement, because I too have suffered a tragic loss. 15 years ago, my 16-year-old brother died from a car accident and something like that is not easy to open up about, but as Kidman says, you feel better once you do. It's also comforting to know others are thinking of you, especially those who reach out to just say, "I'm thinking of you." Those four words mean more than you know. I also agree with Kidman that when you meet someone who understands exactly what you're going through, you feel connected to that person. Of course, the family members and loved ones who are there for you when you can't physically get out of bed or you're just having a bad day in general, are the ones who mean the most.

For Kidman, that person was her husband Keith Urban. She admits that he's been amazing for the past nine years of their marriage, but after her father's death, he went above and beyond for her. "To have my husband just step up that way... it makes me cry. We all go through hard times in our lives, but to be literally carried by your partner, and physically, at times, because I was so devastated. I'll do anything for that man."

We can learn a lot from Kidman, and I hope people realize that just because someone loses a loved one doesn't mean they never existed, nor do they not want to talk about that person. Be open, be kind, be loving, and be supportive, because you just might make someones day that much better.