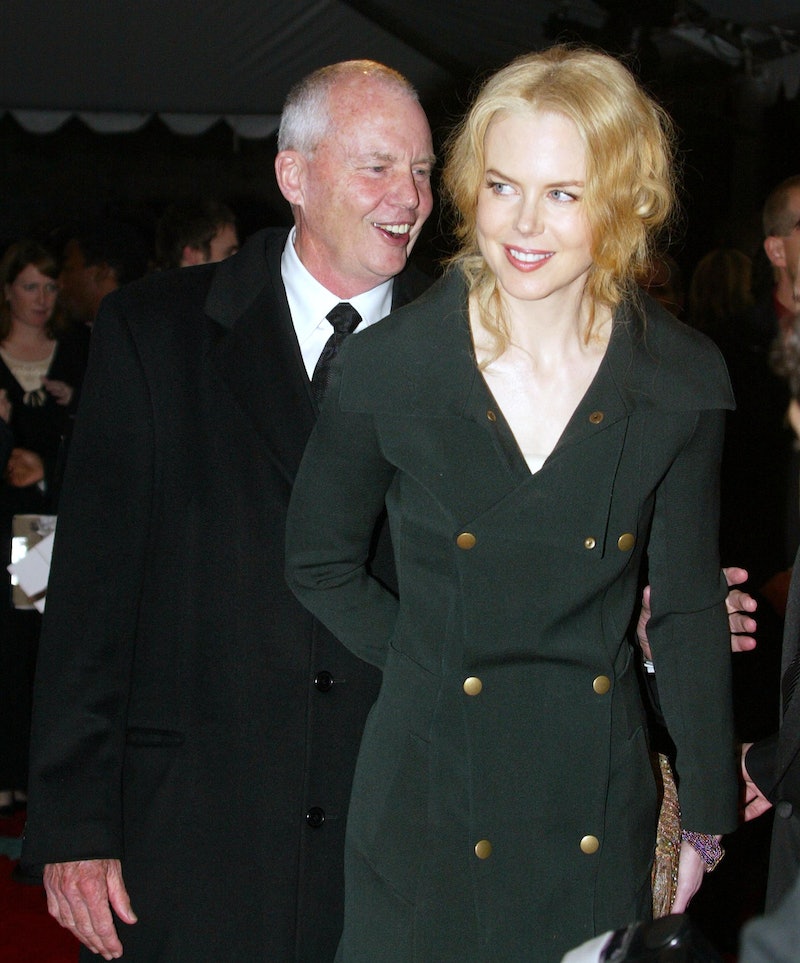 In a horrifying turn of events, it appears that Nicole Kidman may have lost a beloved parent rather abruptly. According to TIME magazine, Kidman's father died after a fall while in Singapore visiting her sister, Antonia Marran, and the news has since been confirmed by Kidman's representative. While we don't know very many details, it appears that Dr. Anthony Kidman had a "hotel room fall" and that Singapore police are currently investigating his cause of death which is suspected to be "unnatural".

Dr. Kidman was a clinical psychologist at the University of Technology and the Director of the Health Psychology Unit at the Royal North Shore Hospital, both located in Sydney Australia. Kidman has spoken fondly of her father in the past and even walked the red carpet with him at the Swiss Celebrate Life Ball in Melbourne, Australia. According to Wendy Daly, Kidman's publicist, "the family is in shock and is grieving. I think that some time and privacy is needed to deal with this shock and tragedy."

Naturally, Kidman has yet to release a statement of her own, but that's to be expected considering how fresh the tragedy is and how deeply she must be grieving. However, a colleague at the University of Technology released a touching statement to Reuters about the loss: "It is with great sadness that we learn of Dr Tony Kidman’s sudden passing. During his 43 years at the University of Technology, Sydney, Tony has contributed greatly—as a colleague, as a researcher, and as a health practitioner. Tony will be missed by all at UTS. Our thoughts are with his family at this time."

Dr. Kidman and his wife, Janelle, had just celebrated their 50th wedding anniversary earlier this year. Further details about his death are still to come, but this is a truly difficult time for Kidman. Hopefully, the Singapore police can resolve the incident in a way that provides closure for the family as they deal with their loss.