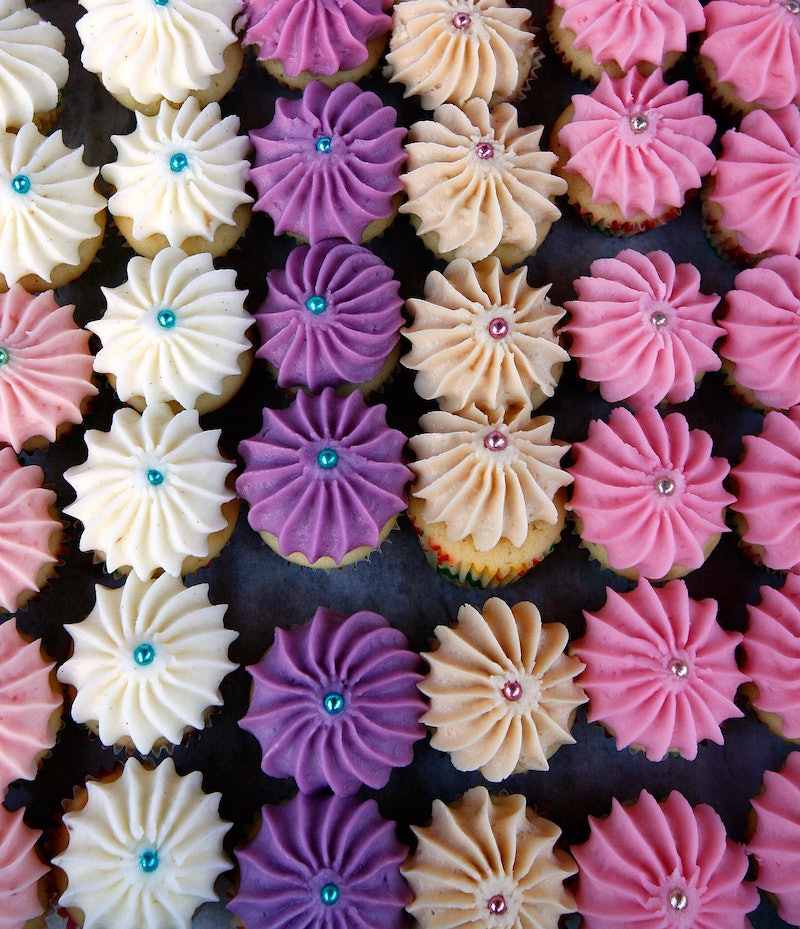 By now, you've heard the figures: sales of gluten-free foods and beverages reached $10.5 billion in 2013 (and are predicted to reach nearly $16 billion in 2016), and “going gluten-free” has become one of the most popular diet trends in American history. Perhaps you've even heard about a new area of research which suggests that something called FODMAPs (Fermentable, Oligo-, Di-, Mono-saccharides And Polyols) present in many foods with gluten are actually to blame for many people's symptoms of gastrointestinal discomfort. With so much information out there, how do you know for sure whether gluten is a problem for you and whether it's worth cutting it out of your diet?

For starters, if you’re thinking of cutting something from your diet, you should probably know what it is. Gluten is a protein found in wheat, barley, and rye, and the foods made with these grains. It gives breads and doughs their stretchy, chewy, tender quality so when you take it away, these foods often become heavier, denser, and lacking in those tasty characteristics.

For people with celiac disease, a gluten-free diet is an absolute must. But most Americans following a gluten-free diet or eating gluten-free foods regularly do not have celiac disease. Their reasons for cutting gluten are many and varied, from an unconfirmed suspicion of celiac disease to “non-celiac gluten sensitivity” (more on that in a bit) to self-treatment of common digestive disorders like abdominal pain, gas, and bloating. Other people cut gluten to lose a few pounds or simply because it seems like a healthy diet.

So? What’s wrong with cutting gluten out if you feel better without it?

Put simply, there may be more fad than fact to this expensive and often-confusing trend. Also notable is that many gluten-free foods are highly refined (i.e., junk food), and relatively lower than their gluten-containing counterparts in fiber and other nutrients (a bit of a chink in the “gluten-free is healthier” armor). More importantly, people avoiding gluten willy nilly might be missing some important information about themselves that can have significant effects on their health.

Still, that's not to say gluten sensitivity isn't "real." But before you cut gluten out of your diet — or even if you have already and are wondering if it's necessary — follow these five steps:

Step 1: Get tested for celiac disease

Celiac disease is an autoimmune disorder that causes damage to the intestines if gluten is eaten. Symptoms of celiac disease include abdominal bloating, pain, gas, diarrhea, pale-colored stools, and unintentional weight loss, in addition to a severe skin rash, low blood count, and muscle, bone, and joint pain. Celiac disease affects roughly one percent of individuals, or about two million people in the U.S. — many of whom do not know they have it. The number of people with celiac disease seems to be increasing and, though there are many theories, the scientific community isn't 100 percent sure why.

If you have any concern that you might have celiac disease, it’s important to get a confirmed diagnosis. If you do have celiac disease, it’s not enough to simply remove obvious sources of gluten from your diet because you might miss the hidden ones. Common foods and beverages such as soups and broths, salad dressings, beer, and condiments like soy sauce and malt vinegar are little-known bearers of gluten. Other hidden sources of gluten include some vitamins, dietary supplements, and medications. Without a confirmed diagnosis and the support of a knowledgeable treatment team including a gastroenterologist and a registered dietitian, people who actually have celiac disease may be inadvertently and regularly exposing themselves to the harmful effects of gluten.

For celiac disease test results to be accurate, you need to be eating gluten. Unfortunately, the exact amount of gluten and the length of time you need to be consuming it are unclear, and range from 1 to 2 slices of regular bread for 10 days to 2 or more slices of regular bread for up to 6 to 8 weeks. A diagnosis is made based on a comprehensive physical exam and medical history, a blood test looking for special antibodies, and a biopsy of the small intestine’s brush-like surface (called villi), which is done through an endoscopy.

If, like most people, however, you find you do not have celiac disease, read on.

Barring celiac disease and wheat allergy, an emerging area of research is providing a more helpful explanation for the majority of people who experience gastrointestinal symptoms when they eat gluten-containing foods.

Recently, a lot of attention has been paid to the concept of gluten intolerance, gluten sensitivity, or non-celiac gluten sensitivity (NCGS), which is said to include people who do not have celiac disease or a wheat allergy but who experience negative symptoms when they consume gluten. According to a 2012 paper published in the scientific journal BMC Medicine, NCGS affects about six percent of the U.S. population, or 16-18 million people.

NCGS is not a condition that can be specifically tested for at this point; rather it is a “diagnosis of exclusion,” a last resort when other known causes of these symptoms with clear markers or lab tests have been ruled out. The treatment for NCGS, similar to that for celiac disease and wheat allergy, is to avoid dietary sources of gluten, such as foods made from wheat, barley, and rye. Many people who claim to have NCGS do experience relief of symptoms such as bloating, gas, diarrhea, and constipation (also common symptoms of irritable bowel syndrome or IBS) when they adopt a gluten-free diet. But a more recent study suggests that gluten may not be the culprit after all. Enter FODMAPs.

FODMAPs stands for fermentable oligosaccharides, disaccharides, monosaccharides, and polyols, which are a group of carbohydrates known to be poorly absorbed in the intestine. When fermented by bacteria in the gastrointestinal tract, FODMAPs can cause bloating, gas, diarrhea, and in some individuals, constipation. Interestingly, many of the same foods that contain gluten also contain high levels of a specific kind of FODMAP called fructans (which may in part explain the relief experienced by people who were self-treating NCGS with a gluten-free diet).

A 2011 study published by a group of researchers at Monash University in Australia cited gluten as the cause of uncomfortable gastrointestinal symptoms in individuals who had IBS but were confirmed to not have celiac disease. But, after the study was published, the lead investigator had lingering doubts about the accuracy of the results. To re-test his own hypothesis, he designed an even higher quality study in 2013 that controlled for every aspect of the diet. Like the first study, the participants had IBS and fit the criteria for NCGS but were confirmed to not have celiac disease. For the new study, however, the participants were first put on a special diet that was low in FODMAPs.

After two weeks on the low-FODMAP diet, study participants were randomly assigned to eat a high-gluten, low-gluten, or control diet for one week. By the end of the study, only eight percent were found to have symptoms that could be directly tied to gluten. But 100 percent of participants experienced relief of their gastrointestinal symptoms from the low-FODMAP diet. In light of these results, the investigators concluded that gluten was not the cause of negative symptoms in patients with IBS and NCGS after controlling for FODMAPs. Clearly, more research is warranted on this subject; this was a relatively small study (with only 37 subjects), but it raises some important doubts about the nature (and existence) of NCGS.

Step 5: Try the low-FODMAP diet for yourself (but consider getting help)

If like many people experiencing abdominal pain, bloating, gas, and diarrhea, and/or constipation, you have dabbled with going gluten-free, it might be worth the effort to investigate whether FODMAPs are really the problem. Following a low-FODMAP diet can be complicated but it may be the most precise method of determining what your body is reacting to.

Removing FODMAPs from the diet can be overwhelming at first since they seem to be everywhere, from common fruits (apples, cherries, pears) and vegetables (garlic, onions, broccoli) to grains, beans, and sweeteners. But working with a knowledgeable gastroenterologist and/or registered dietitian can help take the guesswork out of it and identify what foods (or specific amounts of foods) you can tolerate without unpleasant symptoms.

Typically, a low-FODMAP diet begins with elimination of all FODMAPs for two to six weeks (some dietitians recommend completing a full eight weeks on the low-FODMAP diet) to observe whether you experience relief of your symptoms. After the elimination period of the diet, you can begin to add certain categories of foods back into your diet. This is done one by one, with gradually increasing amounts, so that you can pinpoint as best as possible which foods (or quantities of foods) are responsible for symptoms and which can be enjoyed without worry.

If you’re interested in exploring a low-FODMAP diet, go directly to the mother ship: Monash University has a wealth of information to begin with, including a fabulous app containing recipes, shopping lists, and a directory of the FODMAP content of different foods. Note that this is a rapidly changing area of research and new foods are being tested all the time. To stay current and discover the diet that works best for you, reach out to a knowledgeable professional to help guide the way.