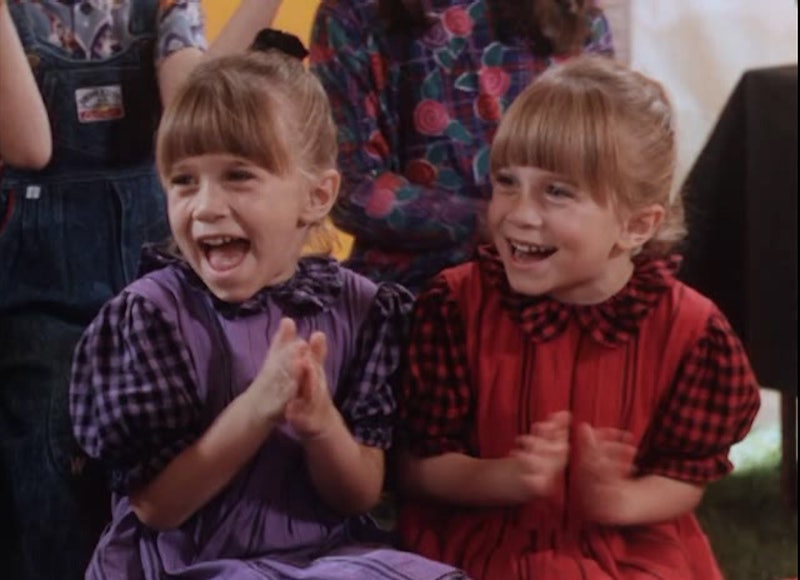 There are many reasons to get excited for Halloween. For starters, you get to unapologetically consume vast amounts of candy until your heart and stomach is content. (Or, you know, until you throw up.) Then there's the fact that you also get to dress up and become a completely different person for an entire night. However, my personal favorite part of this particular holiday lies within the binge-watching of my favorite Halloween movies. This includes the likes of Hocus Pocus, Beetlejuice, and Casper as well as the all-time greatest Mary-Kate and Ashley Olsen movie: Double, Double, Toil and Trouble , which came out back in Oct. 30, 1993.

Now, as a child of the '90s, I'm proud to admit that during my youth I was completely obsessed with all things related to the Olsen twins. (I may or may not still watch Full House religiously.) So trust me when I say that I didn't go about picking my favorite movie of their lightly. It just managed to incorporate so many things that I love, I couldn't help but rank it higher than all the rest. But just in case you're having any doubts and feel that simply taking my word for it isn't enough (to which I channel my inner-Michelle Tanner and say, "How rude!"), I've decided to compile some evidence to my claim:

Not only was this just downright adorable, but thanks to the handy color scheme it made it extremely easy to know who is who.

A classic Halloween tradition if there ever was one.

I see my future: it says I'm going to watch this movie again very, very soon.

Seriously, did the writers read through my Halloween dream journal before creating this film? Also, kudos to the host of this party for their stellar selection of activities.

You know you totally wanted to own this.

Hands down, my favorite grave digger of all time.

Your mission, should you choose to accept it, is to look adorable. But also, retrieve the moonstone.

Not Just One Cloris Leachman

Because one just really isn't enough.

The Black and White Flashbacks

And the horrible wigs that came with them.

A Will Truman Cameo

Put Eric McCormack in anything and I will watch the heck out of it.

Eat your hearts out Katniss and Elsa.

Harry Potter's got nothing on these two.

You didn't think Up was the only film that experimented with balloons, did you?

Did I Mention There Were Two Cloris Leachmans?

Because I Just Can't Street That Point Enough

I think I've made my point.