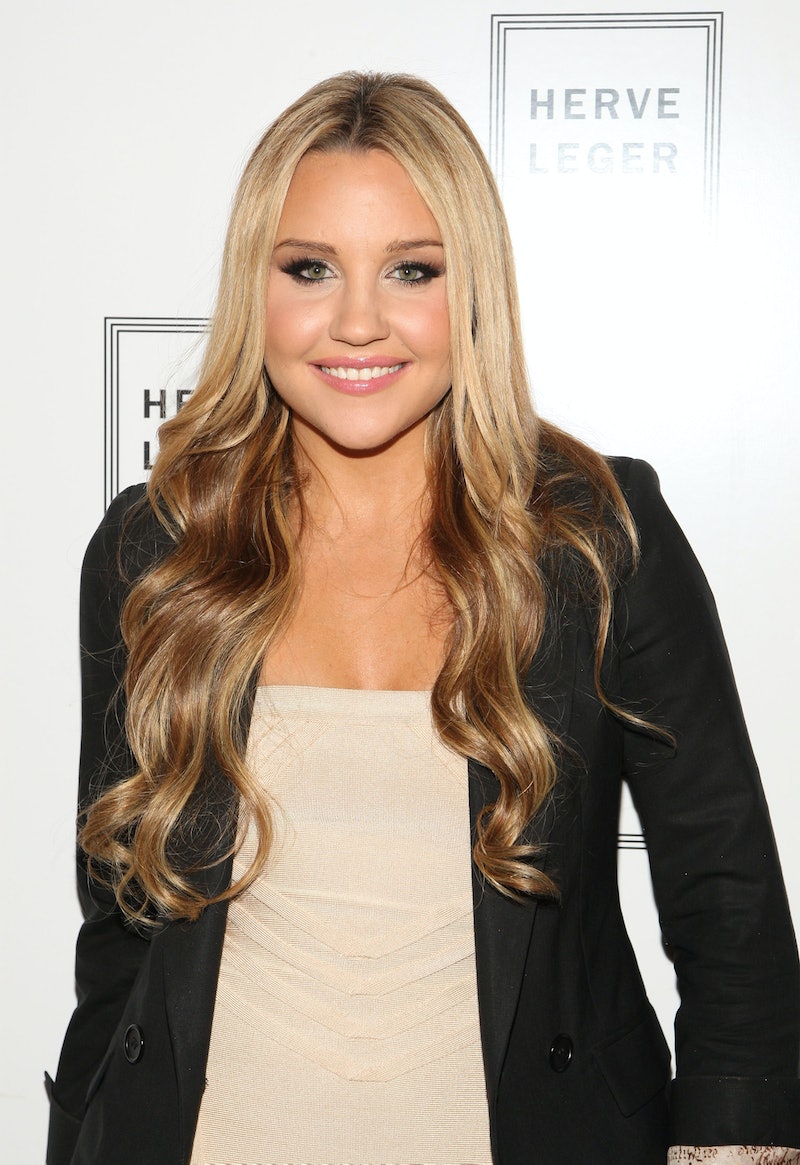 Just one day after Amanda Bynes was released from psychiatric hold on Thursday, she took to Twitter with a slew of worrisome allegations about her family. Bynes' parents had gained conservatorship over her earlier this week, but she was reportedly allowed to walk out of the psych hospital because she has "been on her meds and sounds lucid." During her tweeting spree Friday morning, she explained that she is going to court to make sure her parents and Sam Lufti don't take her money anymore, as she is "fully capable" of taking care of herself and her personal finances. She also went on to say that the police filed a report against her father since he is a "sexual predator and should be in jail." According to Bynes, he will not even be able to stay in the same room as her.

Bynes wants everyone to know the "truth" about her life, including how she wasn't homeless in NYC, almost transferred to NYU, and had a 4.0 GPA while at the Fashion Institute. She also notes that she did have a recent procedure done, but it was to remove "micro cysts" from below her eyes. Though some of the tweets have since been deleted, we have a full report of what she wrote below, in order.