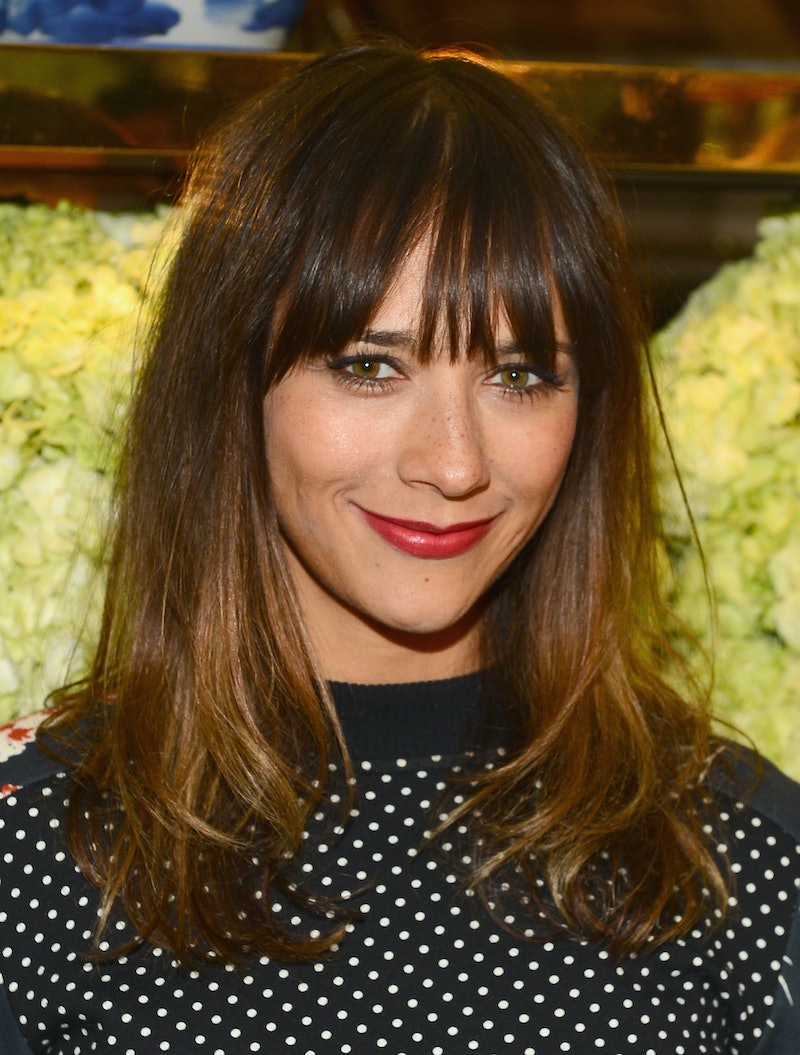 She's known for playing funny characters on TV, including NBC's hit comedies Parks and Recreation and The Office, but Rashida Jones is much more than Ann Perkins and Karen Filippelli. That's right, Rashida Jones is taking a stand for women and we should all be listening to every word she's saying. Aka let's all just think like Jones, because she's super smart, creative, successful, hilarious, and is not afraid to admit that women should be recognized for their smarts.

Recently, Jones opened up to Marie Claire and addressed a variety of women's issues, particularly about the workplace. She admits the entertainment biz is "tough on women" and she'll never apologize for wanting women to be noticed for their intelligence vs. their sexiness. A while back, Jones got in "trouble" with the Internet after she was called out for "slut shaming." For those wondering if she's sorry for tweeting what she did, she's not.

"Let it be said: I believe in a woman's right to express her sexuality... but are you really being empowered by your sexuality, or do you just want to be liked, and is it just an easy way to get attention?" she wonders. Let's be clear, she doesn't blame people like Kim Kardashian for becoming famous due to a sex tape: "It's not their fault that they're famous because of it. My problem is putting them in the same category with anybody who has worked their asses off to cultivate their talent. It just makes me sad. Why are we so obsessed with socialites and girls who are amateur sex-tape stars? Can we also be obsessed with women who have changed the world and are really, really smart?"

Excuse me while I go build my Rashida Jones shrine. Seriously, why can't we, society as a whole, recognize and become obsessed with women, like Jones, Mindy Kaling, Amy Poehler, Tina Fey (the list goes on an on), who are making a difference and impacting society because of their smarts? Jones is hoping to change that through her production company and projects. She said, "It's like every woman in a movie has to be perfectly adorable, and her life is a mess... and only when a man comes in does everything really fall into place. I think the more iterations of a woman that exist, the better. Even if they're bad, if they're good, if it's ugly, if it's messy — it just is better for everyone to see all of it."

The world is changing and we are taking notice of smart, successful women, but it still amazes me that some still look down on women because they are "too smart." If someone tells me I'm "too intimidating" one more time, I will sick Rashida Jones on them.