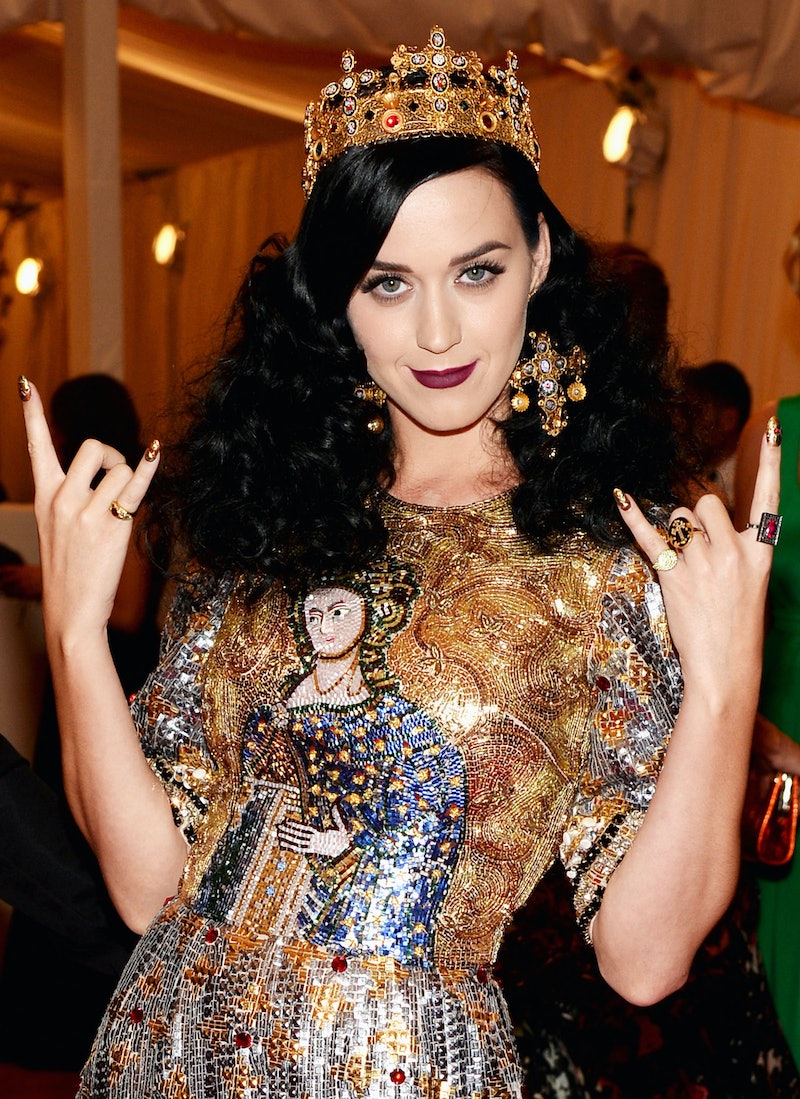 While Katy Perry went prancing around town as a Flaming Hot Cheeto last night (complemented by a purse made out of a Hot Cheeto's bag), women all over were putting on their colorful wigs and outrageous outfits to dress up like the pop star for Halloween. Perry ranked No. 3 in Plenty of Fish's Halloween poll, which surveyed men and women on their costume choices for this year. Sleeping Beauty was runner-up, while Katniss Everdeen took the lead for the top costume of the spooky holiday.

The online dating site polled more than 1,200 users to get details on what guys and girls would be wearing this coming Halloween. Men's top costume picks for this year included Captain America, who came in as No. 1, Walter White from Breaking Bad and Jon Snow from Game of Thrones (Khaleesi from GoT was also a top pick for women). In addition, Plenty of Fish(POF) also asked its users to share what costumes singles found most appealing, just in case they were trick-or-treating for sweet love instead of sweet treats. Although the poll found that 38 percent of women would've approached a man in a Captain America costume for Halloween, they were also hoping to run into a Pharrell (who wouldn't) or Lego Man. According to iDigital Times, top women's costumes that were most appealing to men were Katniss, Katy Perry, Khaleesi and Kim Kardashian.

Overall, POF found that 62 percent of women planned to dress as strong female characters this Halloween, while 38 percent planned "more sweet, submissive costumes," which they referenced to Sleeping Beauty and Kate Middleton (a bit of a stretch there). So, if you were looking to extend your trick-or-treating into another day, consider perusing POF's listing and see what you can come up with. Just note that going as a zombie bride probably won't guarantee meeting your suitor, but hey, give it a try!