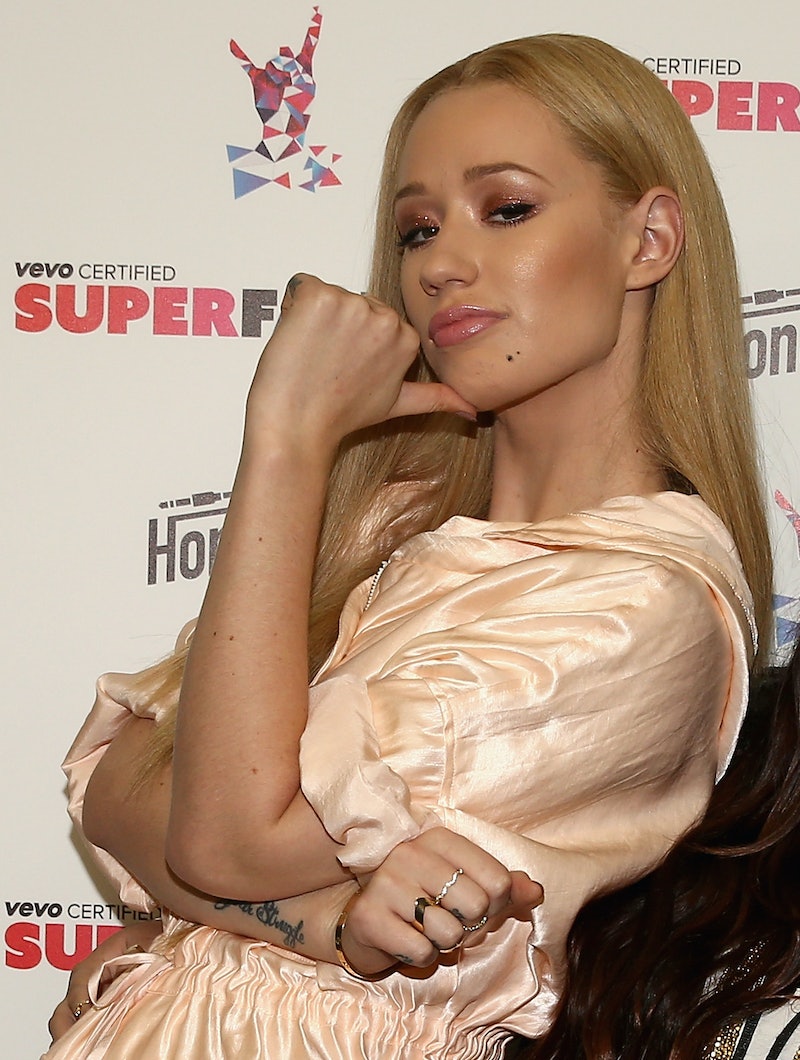 Iggy Azalea just became our new queen of handling trolls and haters with her Halloween costume. Bit of backstory: Snoop Dogg has been trolling Iggy Azalea for the last month, posting a picture of an albino black woman with the caption, “Iggy Azalea [sic] no make up” and egging her on via Twitter like a — *eye roll* — totally normal grown-up. Since this gross, unnecessary bullying wasn’t enough for Snoop, he decided to compare her to Marlon Wayans' character in White Chicks, saying, “so we just gonna ignore that [sic] fact that iggy look like marlon from white chicks” with a side-by-side comparison. If you haven’t watched White Chicks in awhile, here’s a brief synopsis to jog your memory: the movie is essentially about two black dude cops undercover as white girls — they have to sing Vanessa Carlton, wear '00s era mini skirts and pleather pants...it's all very 2004 comedy.

So when Snoop Dogg compared Iggy Azalea to White Chicks , he was really just announcing that he thinks the rapper is a caricature of a White Girl. Um, really not cool, Snoops. Instead of lashing out on Twitter or Instagram (as I would have done because I’m already stupidly hyper-sensitive and have no chill,) Azalea took the high road: she dressed up as a White Chick for Halloween and totally owned it like the goddess she is — Azalea can’t worry ‘bout no haters! (Okay, FINE, I will stop with the "Fancy" lyrics.)

And here is Azalea's best comeback ever:

She even pays homage to her inspiration by singing along to "A Thousand Miles". Bless this mess.