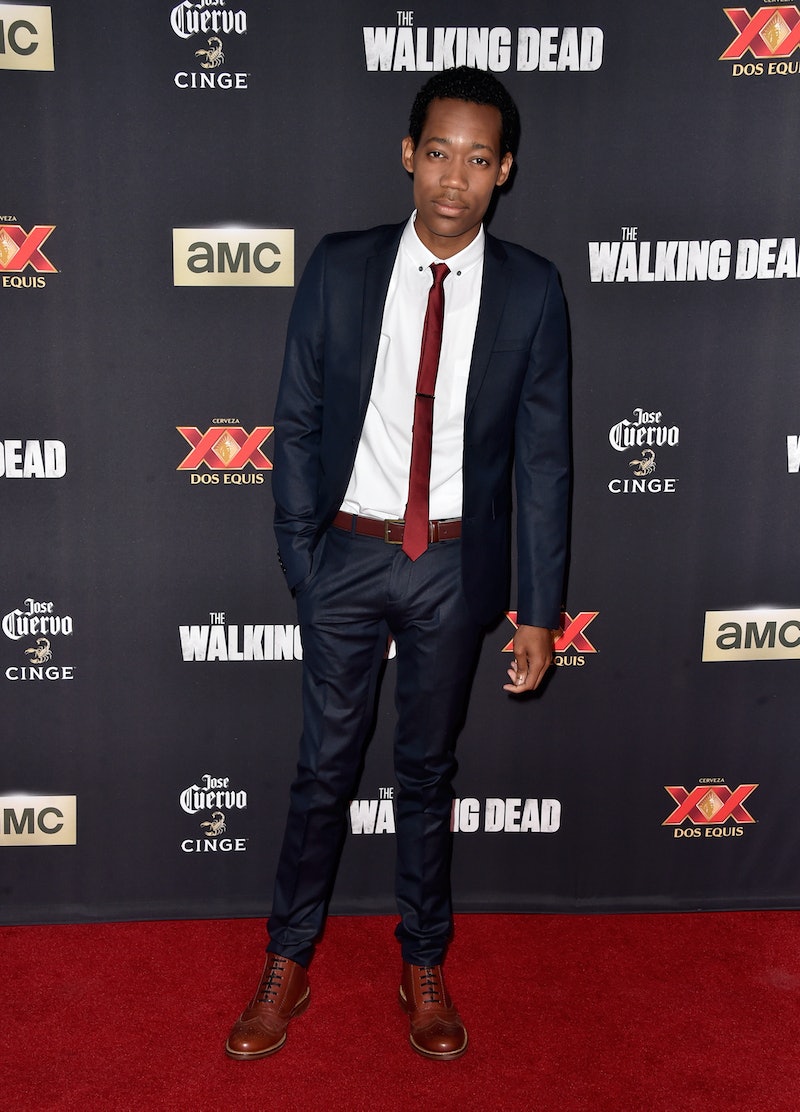 The latest episode of The Walking Dead had quite the familiar face, and it wasn't just the one of long lost Beth Greene. We were introduced to Tyler James Williams' character, Noah, and before you waste any of your energy trying to figure out where you've seen him before instead of coming up with more fan theories, we've got you covered. The 22-year-old actor made a name for himself on the CW's hit show Everybody Hates Chris which was based off of the life of actor/comedian Chris Rock, and in addition to his new job on TWD, he was most recently in the much-buzzed about independent flick Dear White People. Who is he on The Walking Dead? Tyler James Williams might be the same Noah from Cleburne Memorial Hospital in the video game version of the show.

Cleburne Memorial is a hospital where crooked doctors are searching for the cure, something that theories has often connected to Beth's location. Here's the Walking Dead Wikia description of Noah Cruz — pieces of it could just work with the series' new twist:

When he arrives, he is kidnapped by a nurse attempting to find a cure, being used as a test subject. There Daryl has the choice of saving him or getting medical supplies from the doctor. If Daryl saves him, Noah will thank him and run off to save Scout. Later you find him in a Local Store where he will join you. If Daryl leaves him and takes the medicine instead, Noah will escape the hospital and hide in a nearby local store, when Daryl enters the store and apologizes to Noah, who says Daryl can make it up to him in the next life, before he begins shouting and screaming loudly to attract walkers in to the store, hoping that the walkers could kill Daryl. Noah is then pulled out through a nearby window and eaten by walkers.

The talented actor is definitely going places, and his role on The Walking Dead is an interesting one for sure. Comicbook.com drew parallels between Tyler’s Noah and the Noah Cruz in the video game, and his relationship with Officer Dawn is clearly already cringe-worthy. If she’s willing to beat the crap out of him just for trying to protect Beth, so using him for human experimentation like they do in the video game wouldn’t be that surprising.