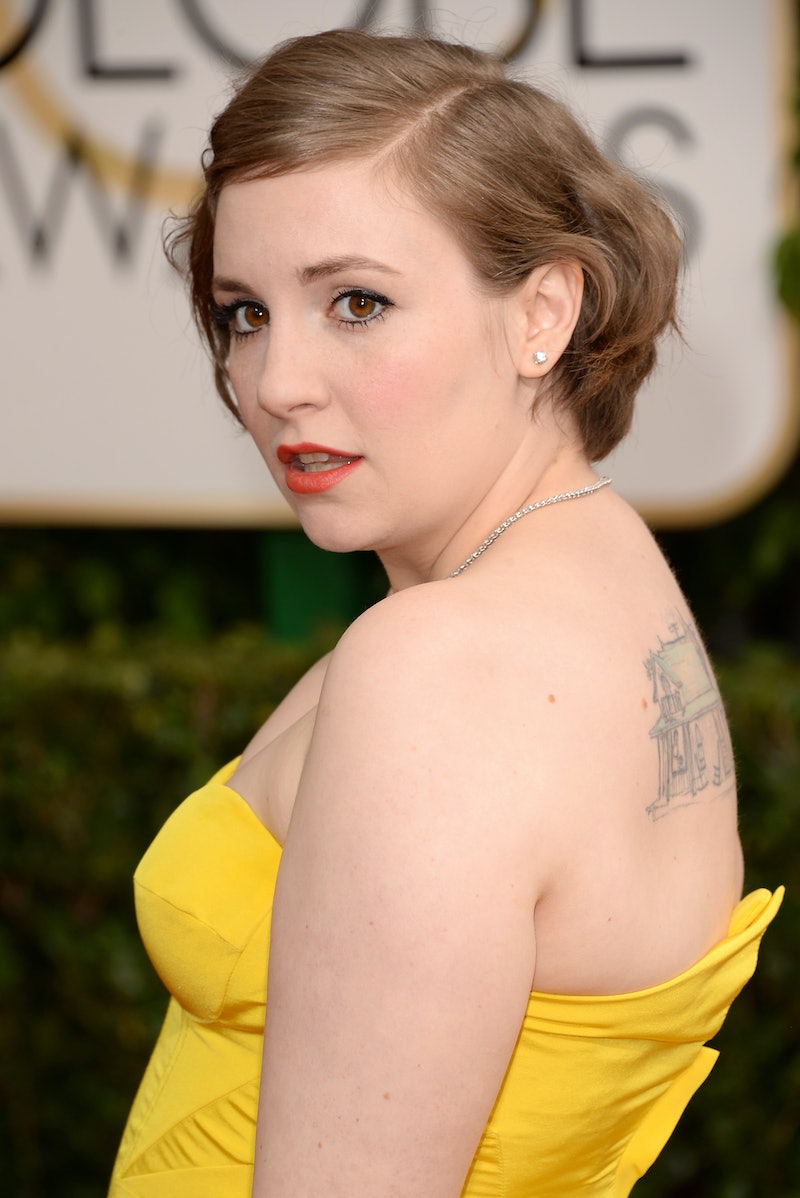 Monday morning brought with it a shockwave that those who had already been reading Lena Dunham's Not That Kind of Girl had to deal with ahead of the rest of us. As it turns out, Dunham reflects on sexually experimenting with her younger sister in her memoirs, describing her own actions as "anything a sexual predator might do to woo a small suburban girl." In response, conservative political site Truth Revolts accused the actress of being a child molester — and, from there, the story exploded into many voices, particularly in the Twitterverse, which rose up to give its own opinions on the scandal.

There seems to have been a line drawn, politically and socially, between those who are criticizing Dunham and those who are defending her, and that's where the entire situation becomes even more problematic than it already is.

A simple look at Twitter reveals many who insult Dunham herself, calling her names and using all kinds of vicious language to describe her as a person. It reveals many tweets that claim that defending Dunham is liberal feminism running rampant and running wrong, a misguided form of female solidarity that leads to a knee-jerk defense of women who do not deserve defending. It reveals many tweets that claim that people are rushing to defend Dunham because she is a white woman, more than would rush to defend her if she were a man or a person of color or both. All of these tweets pull focus away from Dunham's actions and instead prioritize elevating her as a symbolic representation of everything wrong with feminism, or white culture.

Even if one doesn't choose to read her memoirs in that way, it was Dunham herself who used a metaphor to liken herself to a sexual predator. The fact that someone can quite literally compare themselves to a sexual predator and provide a list of examples for why that comparison has been drawn, and yet still have masses of people rallying to defend them, is due at least in part to Dunham's privilege as a white female.

I disagree entirely with the idea that anyone's defense of the actress is an example of "radical feminism" or "white feminism." Yes, Dunham is considered a feminist icon. Yes, she is responsible, in whole or in part, for celebrity friends like Taylor Swift getting hip to the feminist movement. Those things are true. Those things are also irrelevant. Her status as a feminist icon does not make her exempt from blame and this particular controversy has nothing to do with her being a feminist, nor does defending her constitute a form of radical feminism. It's unfair to equate anyone's defense of Dunham with their own status as a feminist unless you specifically know it to be their only reason.

The real problem here is not with feminism; instead, it seems to lie in blind hero worship and the erroneous belief that you can't criticize something and still be a fan of it. By including these incidents in her memoirs, Dunham chose to open herself up to be judged and she can't tell her audience how to react to situations that she admitted in her own text were shocking and wrong. The crux of the issue is that when we criticize Dunham, or those who defend Dunham, our focus needs to remain on the specific issue of whether or not her Not That Kind of Girl reflection is child molestation. Truth Revolts says it is. Dunham says it isn't. That is the debate that rages on here. Being a feminist or not being a feminist has nothing to do with that debate.