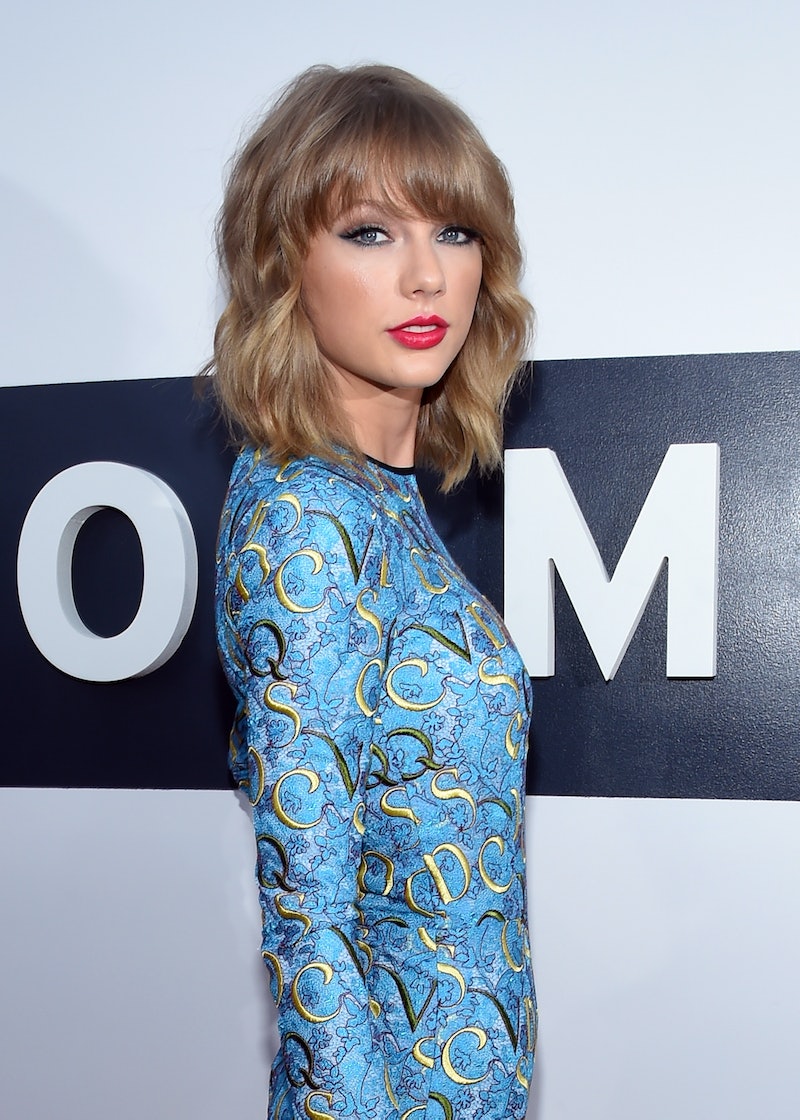 Just when you thought you knew everything about 1989, Taylor Swift's songwriting memos reveal new secrets. On the Target deluxe album, she details her songwriting process through voice memos from her phone that were recorded during the beginning stages of a song. Some are just her singing, showcasing how little or how much songs changed, while others say who the songs are about. While she doesn't outright say "I Wish You Would" is about Harry Styles, she does explain the stories behind her music and even references Nelly in the studio. It's pretty amazing.

Though hardcore Swifties have probably already listened to these memos on repeat, if you didn't get the deluxe version and want to find out what you're missing, I've got you covered. Though I can't send all the fun polaroids of her jumping around from the album, I can share the secrets she spilled in her iPhone voice notes. Oh, and as for the bonus tracks? Bustle has decided "Wonderland" is probably about Styles (surprise, surprise — so is basically the entire album) and "You Are in Love" is Lena Dunham and Jack Antonoff's love story.

Without further ado, here are all the highlights from Swift's songwriting memos:

More like this
Twitter Is In Awe Of Taylor Swift’s “Lavender Haze” Music Video
By Jake Viswanath
Taylor Lautner Thought Taylor Swift's 2009 VMAs Interruption Was A "Skit"
By Alyssa Lapid
Watch Kelly Clarkson Sing A Taylor Swift Breakup Song About A Toxic Relationship
By Alyssa Lapid
8 Easter Eggs From Taylor Swift's “Lavender Haze” Music Video
By Shahed Ezaydi
Get Even More From Bustle — Sign Up For The Newsletter
From hair trends to relationship advice, our daily newsletter has everything you need to sound like a person who’s on TikTok, even if you aren’t.