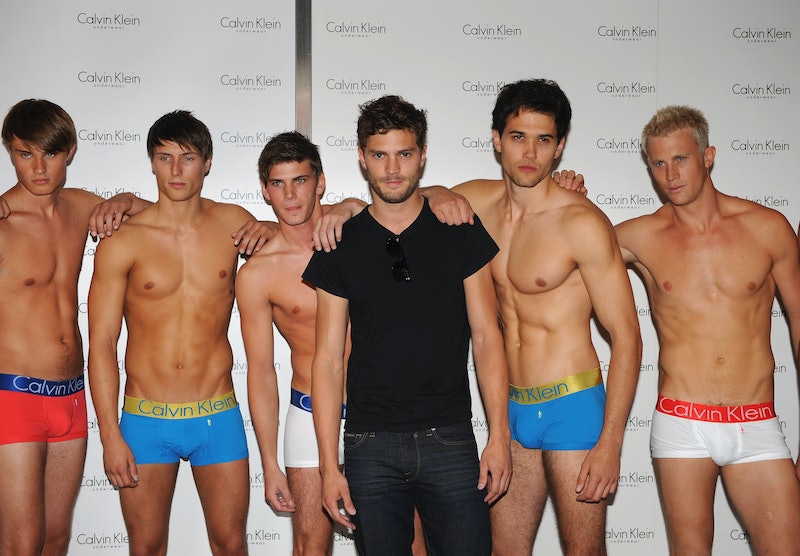 I have some earth-shattering news for Fifty Shades of Grey fans: the man who's been chosen to embody the notorious Christian Grey, Jamie Dornan, announced there would be no full-frontal nudity on his end. “There were contracts in place that said that viewers wouldn’t be seeing my, um…” You know. His "todger." Just that sink in for a minute. No penis in Fifty Shades of Grey? Wait. Wait wait wait wait wait. This is bullshit, and audiences deserve better than this.

I'm not super-obsessed with penises. I mean, they're OK, I guess, they get the job done, but aesthetically it does nothing for me. Every time I've gotten a dick pic my reaction falls somewhere between "That's nice," and "But all I said was that I was 'I'm watching Batman the animated series.'" Ambivalence at best, horror at worst. But this isn't about me, it's about the principle.

When it was announced you could catch a glimpse of some Ben Affleck junk in Gone Girl people went crazy, and for a minute I really didn't understand why. Then it dawned on me: aside from Game of Thrones and Judd Apatow films, you really don't see dicks on the screen. Male nudity in media, or the lack thereof, makes headlines because it's an anomaly.

Female nudity, however, is treated entirely differently, either being expected, or criticized. First and foremost, it's almost guaranteed in any movie that has above an R-rating. Tits have pretty much been a given in any slasher flick of the past 40 years. But god forbid female nudity is denoted as less than aesthetically pleasing or seen out of a highly polished, hyper-sexualized context (see Lena Dunham's entire career for details). This isn't something that's exclusive to modern media, either. Think about this: 83 percent of the nudes in the Modern Art section of New York’s Metropolitan Museum of Art are women, but there's less than 3 percent female artists in there. What does all this tell you about the importance of female perspective versus the importance of women as an object of the male gaze? There's a grave inequality at hand here, folks.

Look, it's not a demand, it's not the most pressing feminist issue of our times, but it's weird, for sheer sake of accuracy.

Next you'll be telling me they cut out Ana's stupid inner goddess. Ugh.