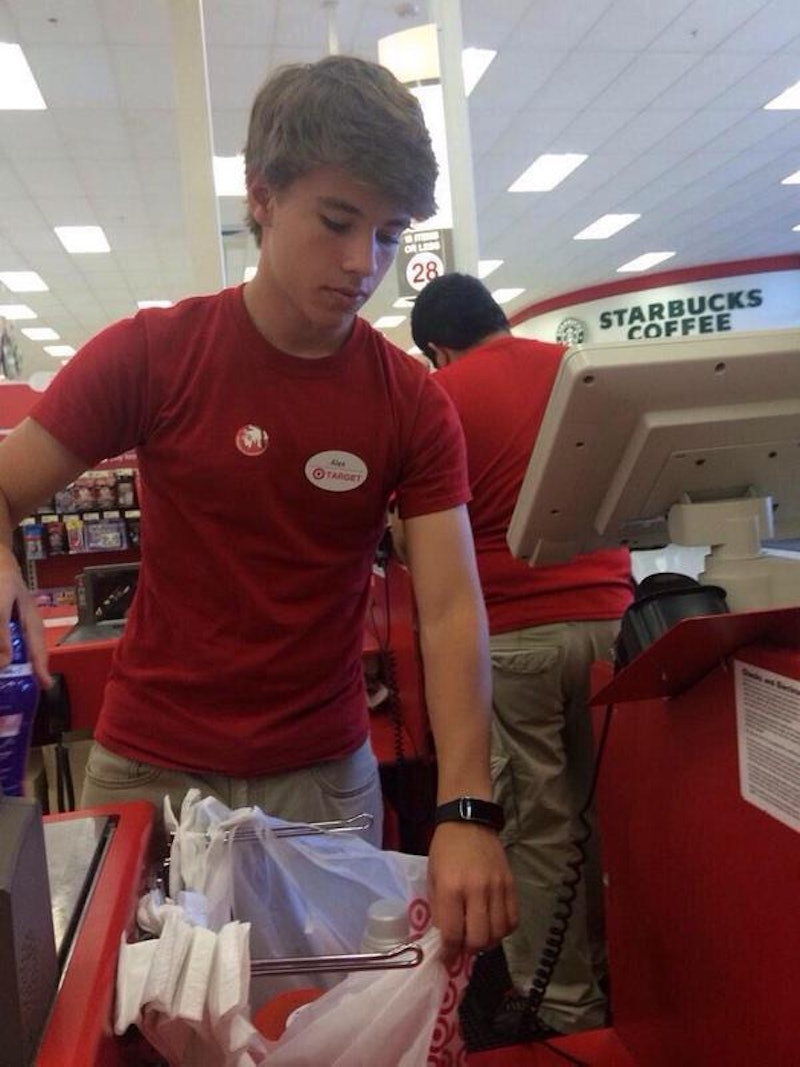 Move aside, Harry Styles: the people of the internet have a new heartthrob to obsess over, and his name is Alex From Target. Who is Alex From Target, you ask? He is just an unwitting and undeniably attractive employee from Target, or so he claims, as I have a strong suspicion that he is the secret love child of Ridiculously Handsome Running Guy – assuming that becoming an illogical overnight meme sensation is a genetic condition. The truth of the matter is, Alex From Target was just living his otherwise ordinary life when Twitter user @ausculum posted a picture of him on early Sunday morning in his employee uniform, when he was unaware that the picture was even being taken. Within 24 hours, the internet displayed yet another one of its curious wonders by spiraling our unsuspecting hero into viral meme fame.

The mystery only deepens because the original Twitter poster claims that it wasn't her picture of Alex – so who was the sneaky camera person, and how did it get into her hands? What is it about the clutches of the internet that made it latch onto this picture of an studly man-boy bagging someone's laundry detergent? Why am I weirdly attracted to his eyebrows?

I am apparently not the only one boggled by the mystery. In these last 24 hours, the growing fandom managed to locate Alex From Target's Twitter account, where he has now accumulated over 300,000 new followers (including me) and is expressing his own confusion about the whole thing. He seems to be taking fame in stride, at least. But you should be warned, Alex From Target: with great meme-dom comes great responsibility.

In the meantime, though, we should all take a moment to review the extensive day-long history that is this meme, and enjoy the brilliant works of art that Alex has already inspired in the early moments of his fame, beginning with the tweet that started it all: