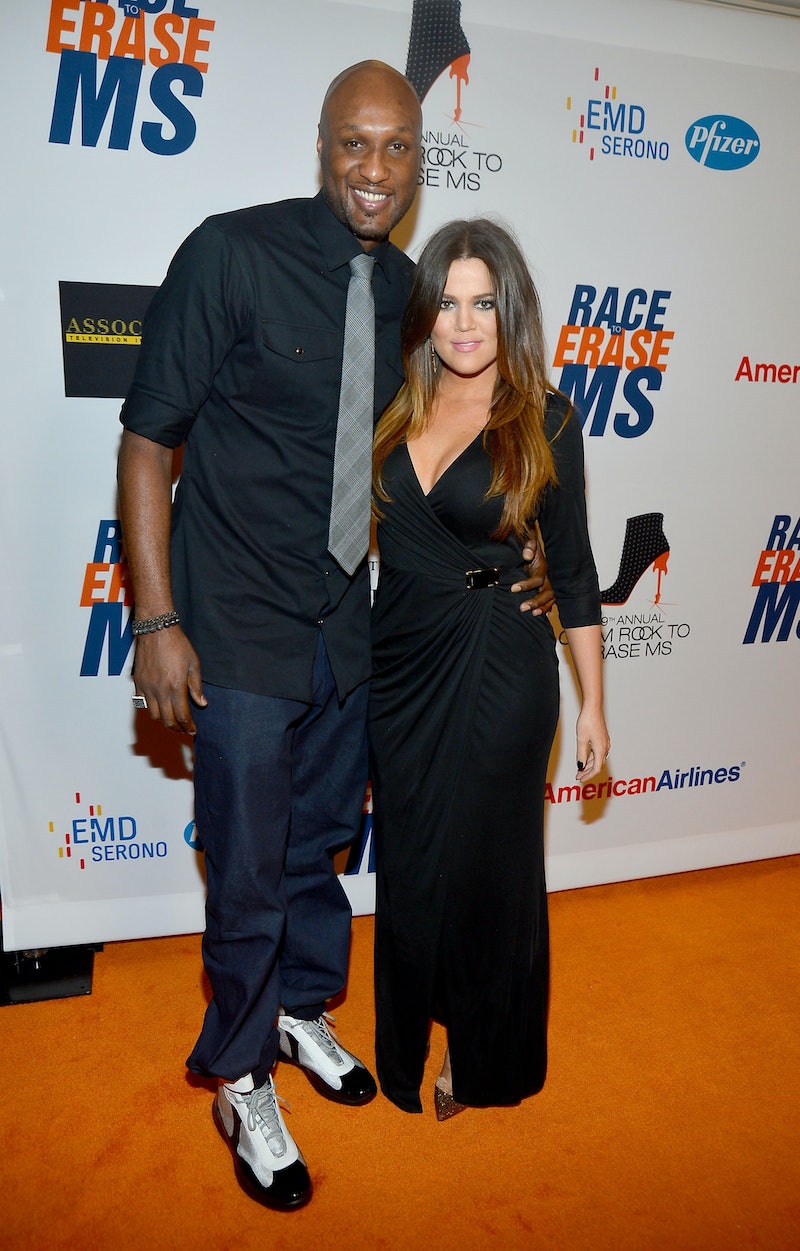 There have been a lot of conflicting reports floating around about the Kardashian Krisis featuring special guest Lamar Odom, and here's a word of warning: These new developments won't help it make any more sense than before. That said — according to E! Online, Lamar Odom has left a rehab facility after only one day, and is once again missing. This reports comes after TMZ's story that Odom had never actually checked into rehab in the first place, though, so take that as you will.

In addition, Radar Online, is now reporting that Odom's friends fear that he is going to "smoke himself to death," and that a few flew to LA from Queens in an effort to intervene in person. From Radar's dramatic account:

“They wanted to take him home to New York and get him clean but Lamar wouldn’t open the door initially, telling them he ‘didn’t give a f**k what the world thinks” and said they ‘don’t know the pressure he’s under.’”

But the friends finally got Odom to open his door, and what they found was shocking.

Let's disregard the fact that it's really not clear how Radar could get that kind of firsthand account without one of Odom's "caring" friends having sold it to them. This sounds worse than anyone could have expected.

His friends knew that he liked to freebase cocaine, but they were shocked to see him with crack. They found more than 60 grams of crack in his possession and he had no intentions of stopping.

For what it's worth, a TMZ story seems to back up the claims that Lamar is way deep into drugs and needs professional intervention before it's too late: In a story posted this morning, the gossip site alleges that Odom is spending up to $800 a day on drugs alone, and that he picked up the habit in May when he began living at the Roosevelt Hotel in Hollywood after NBA season ended. The hotel room, according to them, was like a "flophouse," and Odom was constantly surrounded by seven or eight drug abusers who would come and go in the room. This is darker than we thought.

The Kardashians, of course, have remained officially silent on the rampant gossip, but reports floating around still say that Kris Jenner is urging Khloe to divorce Odom now.