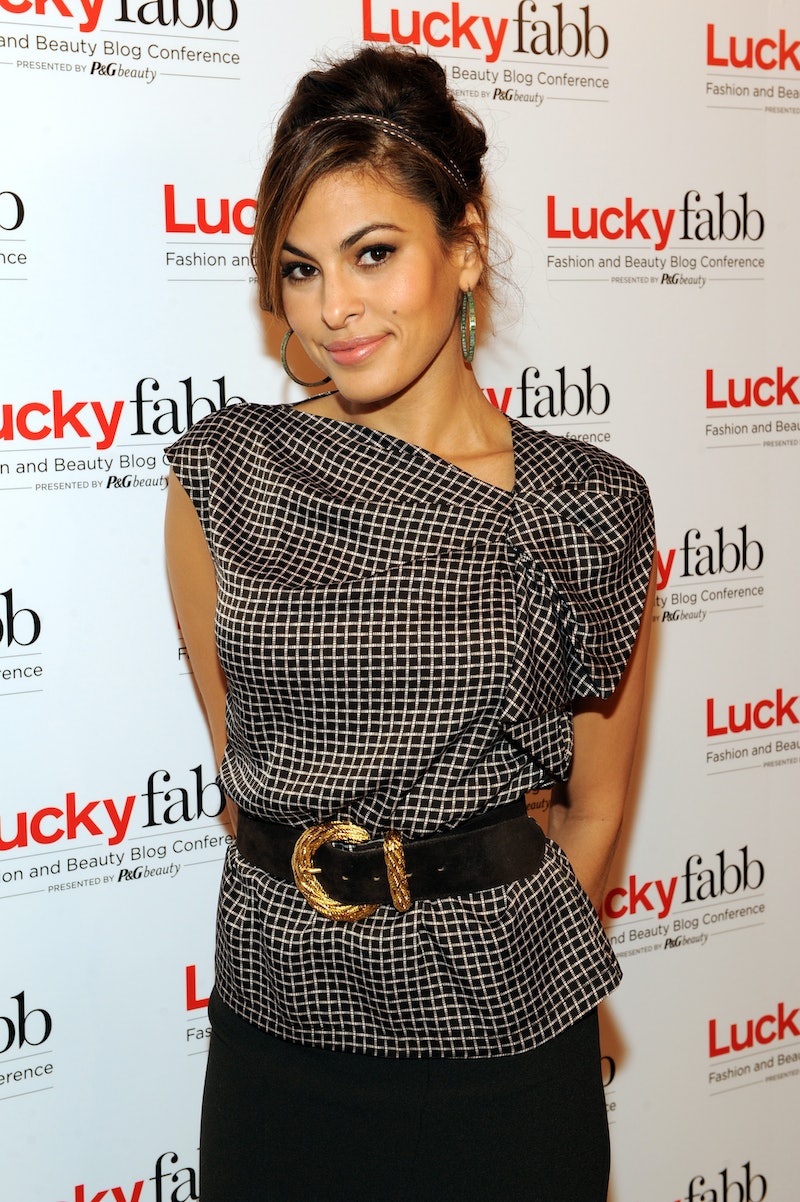 As Janice from Friends would say, "Oh. My. Gawd." Did you hear? Eva Mendes has finally been spotted six weeks after giving birth to Esmeralda Amada with her partner Ryan Gosling. She's looking so slim, trim, and like she never gave birth in the first place. Do you sense my sarcasm? Good, because you should. Mendes stepped out after giving birth (for those who don't know, that means she carried a person for nine months aka yes, she's going to gain weight) and all the media can focus on is her appearance.

First, yes, I admit, she looks amazing — and good for her. Second, it's disgusting how outlets can only celebrate her figure vs the fact that she just received (in my opinion) the best gift in the world by becoming a mother to a beautiful, healthy baby girl. And we wonder where body image issues stem from? We need to stop honing in and obsessing over how someone looks post-baby, in addition to how "they'll get back that pre-baby body." That's all just word vomit and needs to be taken out with the trash. A woman should be praised for carrying a human being, doing it safely, and being healthy about it, not for how she looks before, during, and after.

We, as a society, are so much more than being obsessed with appearance, weight, and size. We need to stand together and stop accepting this gross behavior. Here are just a few examples of how Mendes' post-baby body is being labeled.

She Looks So "Trim"

She Knows How to "Flaunt" Her "Amazing" & "Incredible" Body

She Lost That "Baby Weight FAST"

Look, I'm not saying we can't congratulate someone on staying fit and healthy, but you have to admit that when a woman gets pregnant and gives birth the conversation turns to her weight, especially in Hollywood, and not the miracle that is having a baby. Let's move on from this archaic talk and focus on more important topics of conversation.