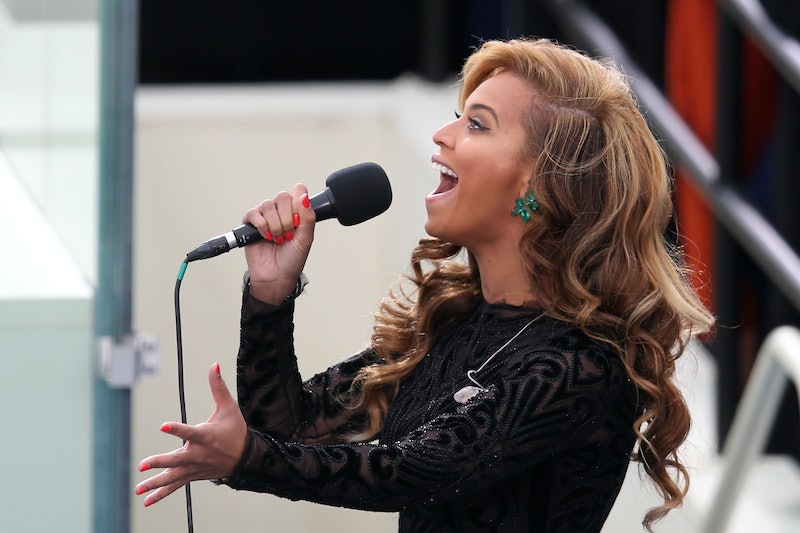 Are you ready for the Second Coming of Beysus? Have you got Bey Day marked off on your calendar? Would you like me to stop making these puns and get to the point? Fine. Recently, rumors have been circulating that Beyoncé is planning another surprise album, rumors that were based off a faux leaked memo that mixed up dates and days of the week. We wanted to believe it so badly that we were still wondering about the veracity of the rumors even after the source of the fake leak admitted to having faked the leak. However, let it never be said that being an obsessive fan of Queen Bey doesn't pay off. It's been confirmed that Beyoncé is releasing Beyoncé's Platinum Edition Box Set and the time to rejoice is nigh.

The album drops on November 24 — which would certainly explain why Nicki Minaj's The Pinkprint got pushed back — and it might just snatch the album crown out of Taylor Swift and 1989's hands just as quickly as they got it. It's even available for pre-order online as we speak. In addition to the original CD and the original DVD, here are the bonuses you can expect to see and hear on the Platinum Edition Box Set.