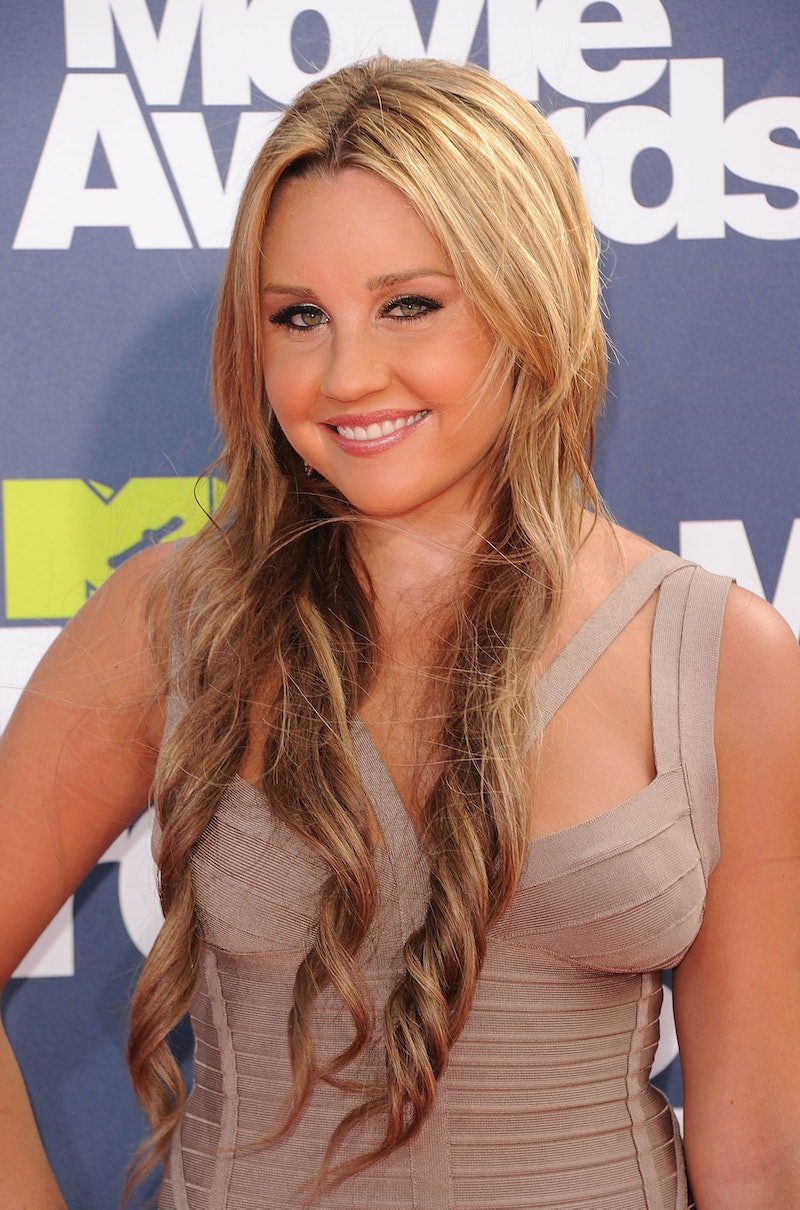 Update: Several hours following the tweets she posted below, Amanda Bynes tweeted at 9:54 a.m., "I was at a friends apartment last night and one of my friends tweeted my phone, sorry guys!"

Amanda Bynes has gone on Twitter again and this time it was to share something deeply personal with all of her followers. To be fair, everything that Bynes has shared with us so far has been deeply personal, even though some of it has been taken as evidence of her diminished mental state. For example, Bynes used Twitter to vent her frustration with her parents, a frustration that resulted in them having to trick her into a psychiatric facility in California that she has since been released from. On Tuesday morning, Bynes revealed that she had been diagnosed as bipolar and manic depressive and we all need to be very, very considerate of such a confession.

When Bynes initially began to show signs of bizarre behavior in 2013, one of the numerous rumors circulating to explain it was that she was suffering from some kind of mental illness. Schizophrenia was the most popular explanation, but being bipolar came in second place. Although, at the time, the actress' family denied that Bynes was suffering from any mental illnesses at all, but it has since become clear that that was not and still is not the case. Now the former Nickelodeon star herself is confirming that she is both bipolar and manic depressive and it's heartbreaking to have such a thing confirmed, especially considering how hard Bynes is struggling with the illnesses and to overcome the stigma of "craziness" that the media has attached to her as a result of the illnesses.

Quite honestly, even more important than the confirmation of Bynes' diagnosis is what she tweeted soon after that. According to her lawyers, she will be free from her parents' conservatorship if she remains on her medication and sees her psychologist and psychiatrist as mandated by the court. Breaking free of her parents might not be the best reason to consent to receiving therapy, but the fact that Bynes seems to be taking her recovery seriously in order to reclaim her freedom is the truly important thing here. It's very sad that, so far, her illness and impending recovery have been turned into a public spectacle and, sure, her tweets might help contribute to that, but we owe it to Bynes to treat her confession with the respect that it deserves. She is sharing a very tumultuous time in her life with us and now is not the time to pass judgment on her for it, but instead to continue to hope that she feels well again.

More like this
Here’s How Lizzo Is Supporting Abortion Rights After The Roe v. Wade Reversal
By Brad Witter
Olivia Munn Got Real About How Her Body Hasn’t “Snapped Back” Post-Pregnancy
By Stephanie Topacio Long
Alyson Stoner Says She Went To Rehab After Auditioning For 'The Hunger Games'
By Jake Viswanath
Sandra Oh Says Early ‘Grey’s Anatomy’ Fame Caused Her To Get “Very Sick”
By Brad Witter
Get Even More From Bustle — Sign Up For The Newsletter