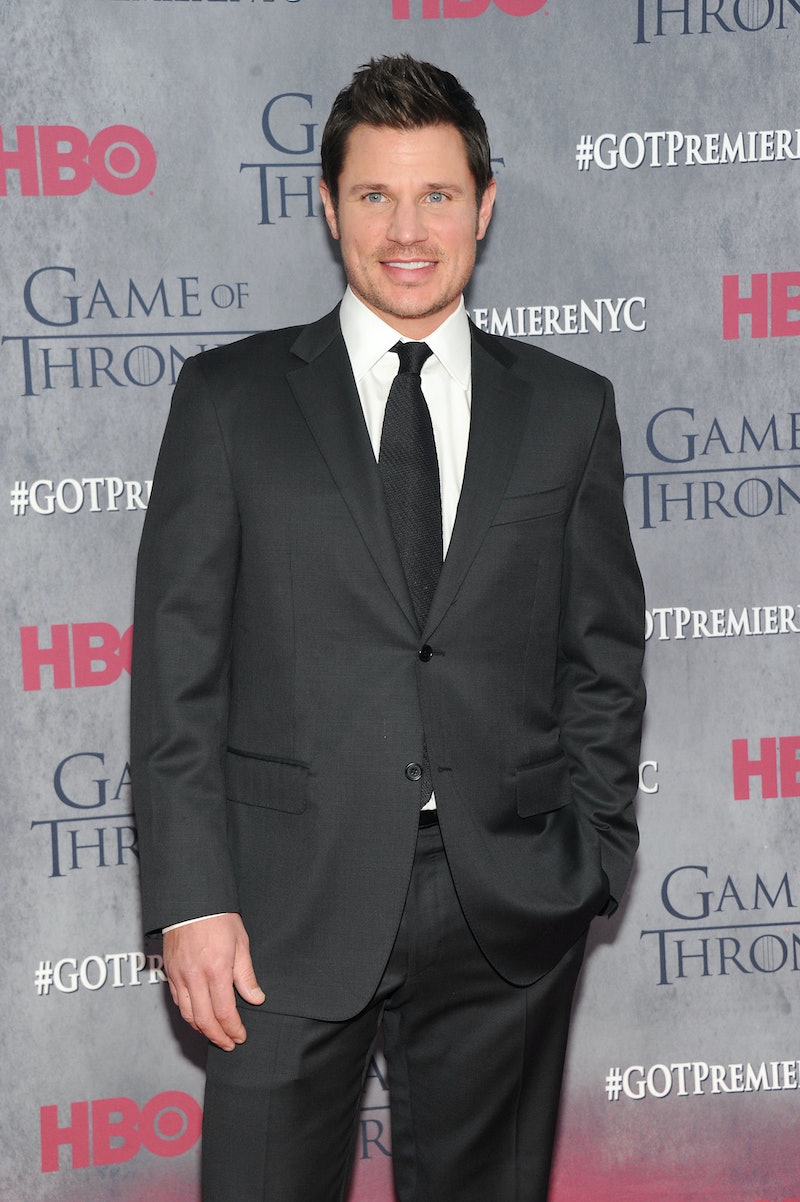 Ready for a double dose of nostalgia? Former 98 Degrees frontman Nick Lachey's new album Soundtrack to My Life features 10 classic covers from movie soundtracks, and Bustle has your first listen. His fourth solo album features everything from Louis Armstrong's "What a Wonderful World" to Aerosmith's "I Don't Want to Miss a Thing," but Lachey puts his own spin on each track. If his smooth vocals on "I Do (Cherish You)" made you swoon in high school, his piano-driven version of Goo Goo Dolls' "Iris" will really take you back. Almost all of the songs feel a little stripped down, focused around Lachey's voice and the piano. You may tear up when you hear him sing Sarah McLachlan's "Angel," though that could just be because of those animal rescue commercials the song is used in these days.

Although Soundtrack to My Life won't hit stores and iTunes until Nov. 11, it's making an early debut on VH1.com today. You can stream the album below, but fair warning: it may make you want to slow dance. And hey, if you've always wanted 98 Degrees as your wedding song, this may be a classier route that less people will judge you for.