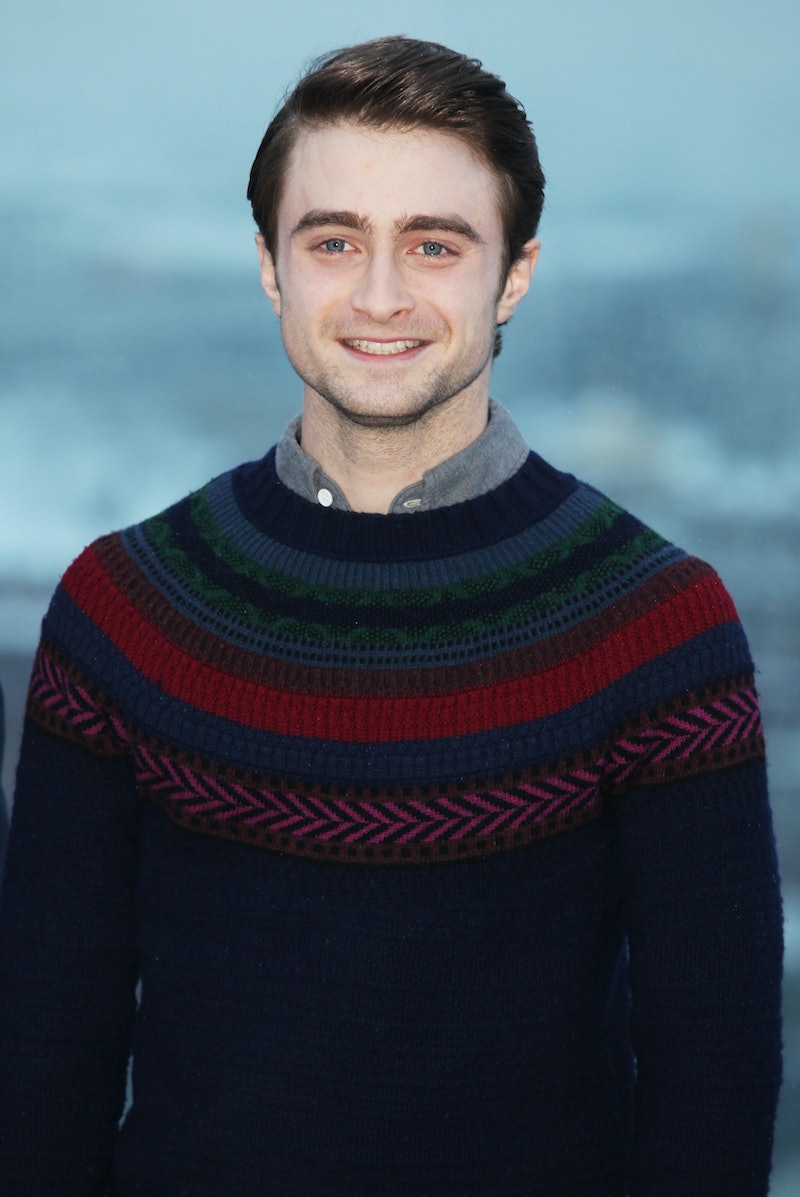 Daniel Radcliffe may have stated multiple times that he's eager to put some distance between himself and his Harry Potter roots (for the understandable fear of the role following him for the rest of his career), so, at first glance, it might be a little puzzling to see that he's just signed on to a film about magic. Don't get too excited, though, it's sadly not another Harry Potter movie: In fact, it's actually less Hogwarts, more Las Vegas. According to EW, Daniel Radcliffe has signed on to Now You See Me 2 , the upcoming London-set sequel to last year's street magician-crime caper film Now You See Me.

Though it's not clear what role he'll be playing, the film's studio Lionsgate did confirm his involvement in the movie, as well as the involvement of Lizzy Caplan (!!!) and The Green Hornet's Jay Chou. They'll join the film's original cast, including Mark Ruffalo, Jesse Eisenberg, Woody Harrelson, Dave Franco, Morgan Freeman, and Michael Caine. The plot was also revealed:

One year after outwitting the FBI and winning the public’s adulation with their mind-bending spectacles, the Four Horsemen resurface in NOW YOU SEE ME 2 only to find themselves face to face with a new enemy who enlists them to pull off their most dangerous heist yet.

Sadly, Isla Fisher won't be returning to the film (we were so close to a mini Bachelorette reunion between her and Caplan!) and Slashfilm reports that Caplan's character will be taking the place of Fisher's character, Henley.

So, Radcliffe, back around magic again? Not quite, but it is close enough — I mean, the movie does deal with magicians, even if they are also regularly involved in crimes. Hey, in this post-Harry Potter world, I'll take anything I can get.