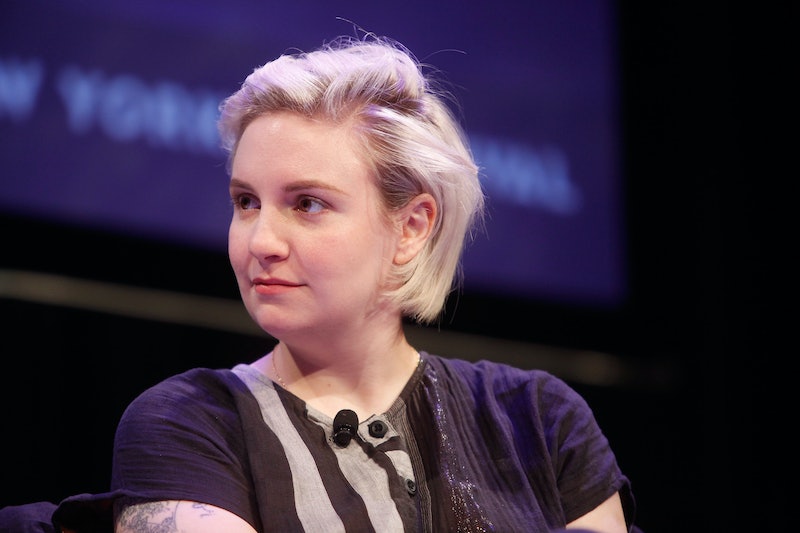 The Internet is up in arms this week over writer Bradford Thomas' ridiculous assertion on the conservative website Truth Report that Lena Dunham sexually abused her sister. Thomas based this claim on a few passages from Dunham's book Not That Kind Of Girl, taking Dunham's tales of childhood physical and sexual exploration and casting them in a lewd and malicious light. There's not a lot of good that's going to come from these abuse allegations and the subsequent uproar — not only do these claims demonize female sexuality and sexual exploration, they, as Slate writer Melinda Wenner Moyer smartly said, "accuse and humiliate millions of other individuals who did similar things as kids" and "trivialize the trauma of real sexual abuse." But! There is an upside here, and that is the fact that this scandal spurred the creation of an awesome Tumblr called Those Kinds Of Girls.

Just created on November 3, Those Kinds Of Girls is an online space where women can anonymously share their own stories of early sexual and physical exploration and curiosity — stories that are very similar to the ones Dunham tells. The truth is, lots of people do stuff like this as kids, when they don't yet fully understand what their bodies do or feel or look like, and certainly before they understand appropriate adult boundaries — it's not even that unusual, let alone abusive and predatory. Kids masturbate and touch each other and peek at each other's parts and hump their toys and play doctor and kiss each other, and there's typically nothing abusive about it — it's often just par for the "I'm a human being figuring out my body" course. Sexual abuse of children is an enormous and horrific problem — but that's not what this is. Behavior like this is not something to be ashamed of, and while allegations like Thomas' might say otherwise, hopefully this Tumblr will correct some of that damage.

There are already dozens of entries, with several of the writers saying this blog made them feel less alone about their childhood behaviors. We should be normalizing experimentation that falls within healthy boundaries, not demonizing it. Check out some entries, and consider submitting your own.