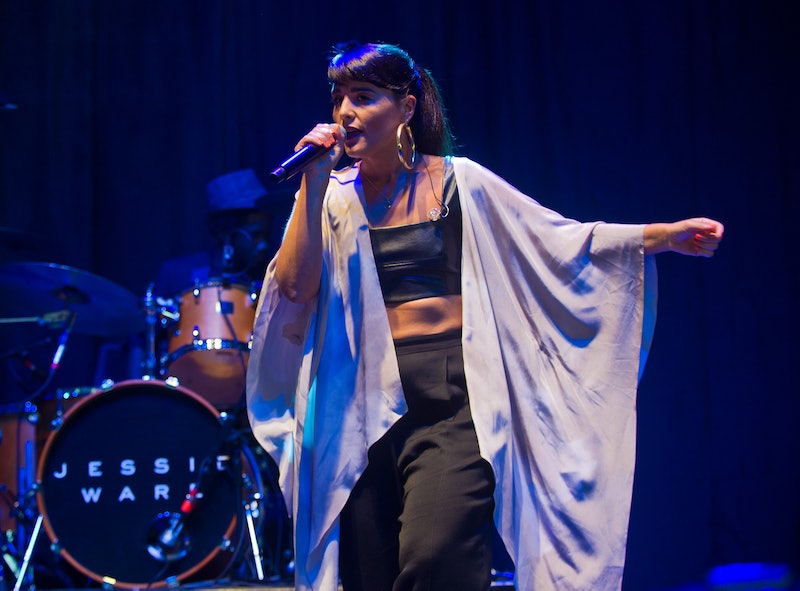 I think I might be in love with Jessie Ware. I've seen her perform live twice, and both times were nothing short of moving. It's a beautiful thing to see a young woman with such poise and confidence displaying such an immense talent for singing and songwriting in front of your very eyes. There's no superficiality or ceremony to what Jessie Ware does; it's pure talent, without any of the tricks or obvious sexuality that now seems mandatory for women in pop. That's not saying Jessie isn't sexual; her energy on stage is magnetic, but she's not twerking it in your face. She's sexy just by being the woman that she is. Which multiplies the sexy.

Jessie Ware is also a charming goofball (made even more so by her adorable British accent) and carries herself with a very graceful humility onto the stage. She interacts with fans, calls them out by name, and even in a big room full of people you begin to feel like she's invited you over to her place for dinner and your sitting on her couch while she alternately serenades you and makes jokes. Am I gushing too much? Jessie is everything in talent, style, music and personality. She's a unique package that's skipping over the fantastical fabrication of stardom to create something that seems to come from the earth itself, almost by some kind of organic miracle. Jessie Ware is just Jessie Ware, and it's a fabulous person to be. Come now, crush all over her with me. Here are 13 reasons why you must drop what you're doing, and fall in love with Jessie Ware.

1. SHE PUTS ON A DAMN GOOD STAGE SHOW

6. HER STYLE IS IMPECCABLE

7. SHE'S GOT THAT SADE ELEGANCE (IN EVERYTHING SHE DOES, EVEN WHEN SHE'S BEING GOOFY)

8. "WILDEST MOMENTS" IS THE GREATEST SONG EVER

9. AND "SAY YOU LOVE ME" IS THE SECOND GREATEST SONG EVER

11. AND THE BEST EYEBROWS