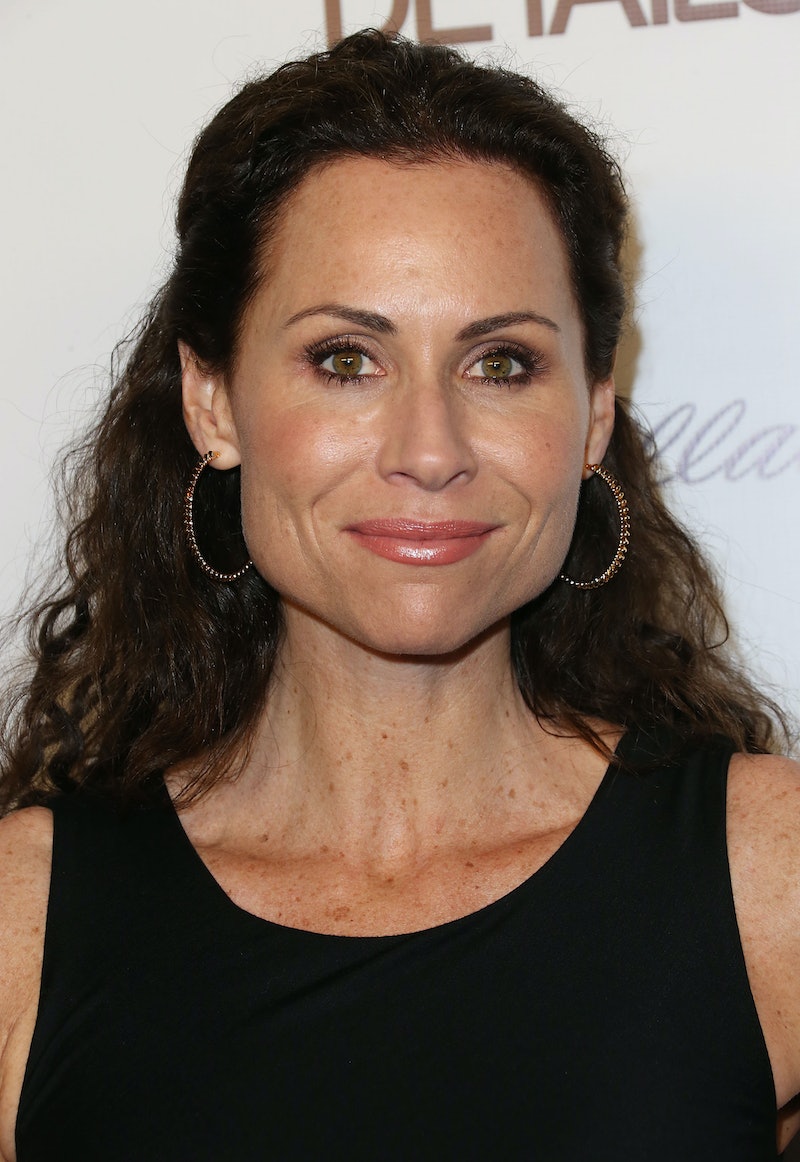 The more I hear about NBC's Peter Pan Live, the more excited I keep getting. To be fair, I tend to get excited about anything that has to do with Peter Pan because the Disney film was my everything until Mulan came out when I was a child. Between the incredibly campy Peter Pan Live poster to Brian Williams complimenting daughter Allison Williams on the role with a childhood photo of her dressed up in a Peter Pan Halloween costume, everything about the show seems designed to warm my heart. So when it was announced that Minnie Driver would be playing Wendy Darling in Peter Pan Live, I nearly screamed. Mainly because she's playing adult Wendy.

"We’re thrilled to have Minnie as part of this Peter Pan adventure," NBC Entertainment Chairman Robert Greenblatt said. "She appears in the final emotional scene when Peter returns to the Darling home years later only to realize Wendy is now grown up and has a daughter of her own, but you’ll also hear her voice throughout the movie since Adult Wendy is also our narrator. She’s a classy addition to our wonderful cast."

So, let me get this straight. Not only do they keep the part where Peter returns to see Wendy when she's all grown up — and hopefully the part from the second Disney movie where Tinkerbell sprays her with pixie dust and reveals that Wendy still believes enough to float — but Wendy is going to be the one telling us this whole story? Darling Wendy Darling, whose faith and trust powered the pixie dust, whose warmth and maternal spirit provided a home for the Lost Boys, and whose stories first entranced Peter to bring her to Neverland where she could have belonged? I'm not crying. I just have my childhood in my eyes.

Driver joins Allison Williams as Peter Pan and Christopher Walken as Captain Hook, but there's been no word yet on who will be playing the Wendy Darling that we'll see throughout the show. All we know for now is that the narration of the tale will be in good hands with this Emmy nominated actress. And that our childhoods will be in good hands with NBC. At least, I certainly hope so.